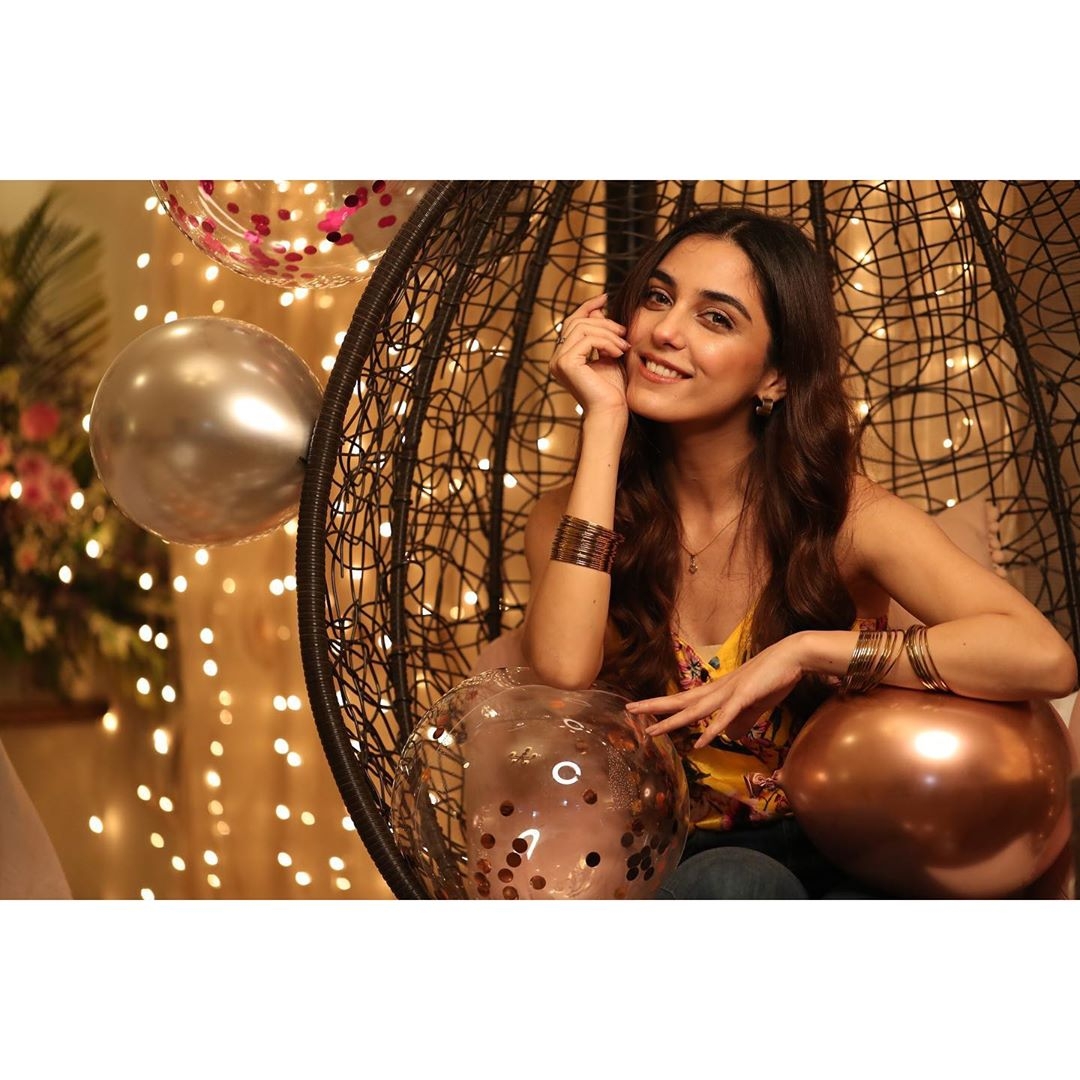 KARACHI: In a career that spans around a decade, Maya Ali has come really far. With numerous drama serials including Diyar e Dil and Mann Mayal to her credit, the actress ventured into films a couple of years ago. Unlike many actors, both of her films, Teefa In Trouble and Parey Hut Love attracted praise for the actress and did really well at the box office. Now, after a gap of four years, Maya Ali is returning to the small screen with upcoming play Pehli Si Mohabbat. She will star opposite her Parey Hut Love costar, Sheheryar Munawar who is also making his TV comeback after six years.

“Pehli Si Mohabbat is not a saas-bahu drama, neither does it have any extra-marital affairs or love triangles,” Maya Ali told Cutacut in a telephonic conversation. “It is a love story with its twists and turns. I am playing the role of a young woman who is very close to her father. She is not too strong neither too submissive but she is clear about what she wants in life. The character is very different from Mannu in Mann Mayal.”

Read: Opinion: what do our dramas teach us about love and relationships?

Maya Ali informed that the upcoming play is being directed by Anjum Shahzad, who she is working with for the first time. Also, this will be Maya’s first play on ARY in 10 years. Penned by Faiza Iftikhar, Pehli Si Mohabbat has an ensemble cast that will be announced shortly. The shoot will commence later this month or early next month in Karachi.

The new @batahomepk tvc is out. Hope you guys enjoyed watching it as much as we did shooting it. Always a pleasure working with @official_mayaali . Her energy is infectious. Swipe left to see some of it 🤣 Styling @mavikayanistylist MUA @adnanansariofficial Hair and beard @rashid_gill Managnement @haanisharique Wardrobe @ismailfaridpk

A post shared by Sheheryar Munawar Siddiqui (@sheheryarmunawar) on Mar 2, 2020 at 3:42am PST

Reflecting on her comeback, Maya admits that she is excited but nervous at the same time. “Given how active social media is, there is a lot of pressure on us,” she shares. “I was being offered multiple projects so I wanted to return with something worthwhile. I am excited to shoot 8 scenes a day, that’s how things are with dramas. Television is a bigger medium than films in Pakistan and people know me because of TV. I always wished to come back.”

On a parting note, Maya informs that there is an upcoming film in the pipeline too.