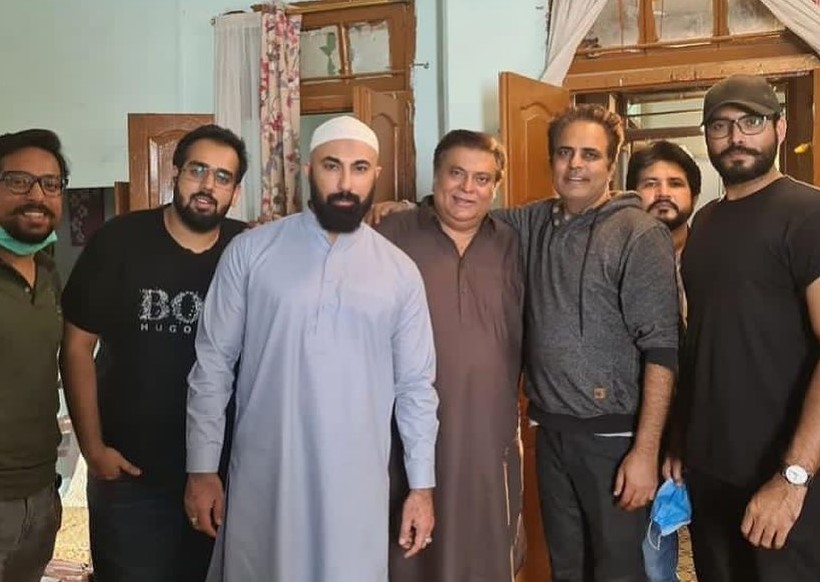 KARACHI: Fashion designer Hassan Sheheryar Yasin (HSY) has been at the top of his game when it comes to couture in Pakistan. Proving himself to be more than just a designer, HSY has entertained audiences through his TV show, Tonite with HSY where he has interviewed numerous celebrities. Even during the recent lockdown, HSY continued to create content for his audiences. Proving to be more even more versatile, HSY has now announced his acting debut with drama serial Pehli Si Mohabbat. Though he shared the news with his followers a few weeks earlier, it was not until December that he revealed his look from the drama.

Taking to his Instagram, HSY uploaded a picture with some of the cast and crew members of the drama serial. “The experience of working with the stellar team that the incredible @sejaabd has put together for his production is nothing short of phenomenal,” he wrote. Pehli Si Mohabbat is directed by Anjum Shahzad and written by Faiza Iftikhar. From what HSY shared from the set, his role seems to be quite in contrast to the man that we are used to seeing. Dressed up in a shalwar kameez and topi, HSY definitely has his fans guessing about the nature of his character.

“It’s a show you don’t want to miss. Joining me on this amazing adventure is the ensemble cast that is nothing short of awe inspiring and I’m humbled to be in their company,” shared HSY as he posted a picture with costar Shabir Jan. Pehli Si Mohabbat will also see Maya Ali make a comeback to the small screen along with Sheheryar Munawar.

HSY has also been involved in another acting project in the form of a film, Ishrat Made in China, alongside Mohib Mirza and Sanam Saeed.