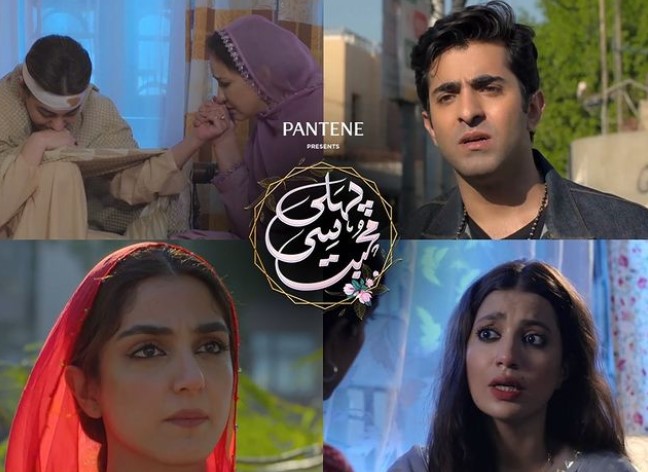 KARACHI: Having released on January 23, drama serial Pehli Si Muhabbat kicked off on a slow pace. However, as it progressed, it picked up pace and went on to unfold issues that plague Pakistani society, at large. Marking Sheheryar Munawar (Aslam) and Maya Ali’s (Rakhshi) TV comeback, it also brings back old school romance to the small screen that is otherwise usually overflowing with extramarital affairs and saas-bahu issues. One major highlight of the drama is how integral each character is to the narrative, not just the supposed ‘hero’ and ‘heroine’. Episode 9 of Pehli Si Muhabbat furthers the idea as more characters reflect on their past and wish to save their loved ones from having the same regrets.

In the recent episode that went on air on Saturday, Aslam teaches a lesson to the one manipulating him and his love interest, Rakhshi. He also gathers the courage to speak up and breaks off his engagement with his cousin. He seeks his elder sister Zainab’s help too in order to convince his mother for Rakhshi’s proposal. The conversation between Zainab and her mother on the subject is heartbreaking but an important one. Zainab clearly does not want Rakhshi to meet the same fate as hers.

Rakhshi, on the other hand, realizes that her stepmother Nargis, who she never confided in, wants the best for her. Rabia Butt shines as Nargis in the recent episode as she leaves everyone speechless with her demeanour. Her conversation with Faizullah regarding seeking his daughter’s consent for marriage comes as a cherry on top. Sheheryar Munawar, too, steals the show in episode 9 of Pehli Si Muhabbat with his dynamic performance that demonstrates his range as an actor which we haven’t seen before.