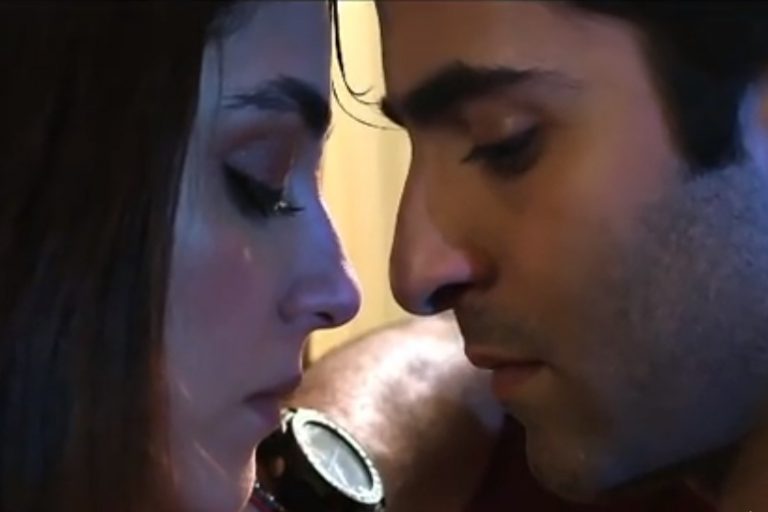 KARACHI: Sheheryar Munawar and Maya Ali’s much-anticipated TV comeback is right here. Episode 1 of Pehli Si Muhabbat finally went on air on January 23, that is, last night. The drama opened on a rather slow pace but is off to a good start. As claimed by the team behind it, it is going to be a classic love story and seems to bring old school charm back to the small screen. Featuring one of the most loved onscreen couples, Sheheryar Munawar and Maya Ali, the first episode already has over 1 million views on YouTube while it is also trending on Twitter.

As the drama opens, one learns that a young woman Rakhshi (Maya Ali) is busy prepping a dessert her father requested her to. Not knowing he is bringing a second wife home, after Rakhshi’s mother passed away, she excitedly makes halwa with the same aroma as her mother’s. She is torn upon seeing her stepmother and things get awry when people in the neighbourhood learn that the bride does not have a reputable family name. Shabbir Jan as Rakhshi’s father Faizullah does a commendable job defending himself while Rabia Butt as his second wife is a refreshing addition to the otherwise melancholic mood.

Maya Ali as Rakhshi reminds one of Mannu in Mann Mayal as she tries to come to terms with her circumstances. However, Sheheryar Munawar as the Karachi-returned Aslam is breath of fresh air. He is convincing as a young man suddenly brought back home because he got committed to a cousin whose house he was staying at. Though his studies were still incomplete. He is upset about this sudden change and while he tries to pay attention to the new bond in his life, he crosses path with Rakhshi.

The first episode has set the bar for a budding, rather intense love story between Aslam and Rakhshi in the coming episodes. Let’s wait and see how that correlates with existing relationships in their lives.