The attitude of the characters towards women, honour and love reflects what we see in real life 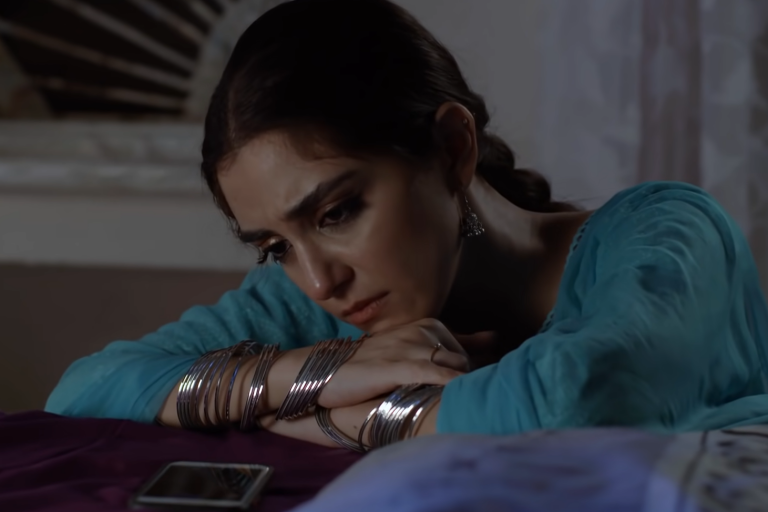 KARACHI: One of the best dramas on air right now, Pehli Si Muhabbat not only has a star studded cast but also characters who resonate with the local audience. In the form of Akram (played by HSY), we see the older brother who makes most of the family’s decisions. Zainab (played by Uzma Hassan) serves as an example of a daughter who dared to love one man but got married to another. Rakhshi (Maya Ali) seems to be treading on the same path but the audience is not sure of her fate yet. Her father (Shabbir Jan as Faizullah) also falls in love with someone society labels as the ‘wrong’ woman. So love, women and a family’s honour are some of the themes which are at the heart of the drama. 8 episodes into the play, here are some of the aspects highlighted in Pehli Si Muhabbat that reflect our mindsets as a society.

Marrying out of one’s choice

Given that it is a love story, marriage is one of the key themes in Pehli Si Muhabbat but free will is not what most of its characters believe in or get to enjoy. From the very first episode, we saw Aslam’s (Sheheryar Munawar) family making decisions regarding his marriage without his consent. When Faizullah marries Nargis (brilliantly played by Rabia Butt), he becomes answerable to the whole neighbourhood. While Rakhshi is still fighting the battle of getting married to the man of her choice, it is clear that Zainab (Aslam’s sister) was unable to do so. She has been married to another man for years, has two kids, barely meets her family, and yet, people like her brother Akram have not forgiven her. Even her husband constantly taunts her regarding her former love interest, someone who she has forgotten but the world has not.

Women and their family’s honour

Zainab’s story also paves the way for another theme in the drama, one which we are so used to hearing in Pakistan: women and their family’s honour. In a country where the word ‘izzat’ (respect) is used interchangeably with a woman (be it a sister, mother, daughter or wife), it is believed that every decision taken for or by the woman will directly impact the family. Not just that, it will affect the entire social standing of the family in question. As Akram talks about his sister and the alleged ‘crime’ she has committed, one whose blood stains can never be washed off, we are reminded of the thousands of girls in Pakistan who become victims of the same mindset. Honour killing is not a foreign concept to us, neither are forced marriages. Little to no free will exists for many women in Pakistan, especially when it comes to marriage. Through Akram’s choice of words, it looks as if he would rather wish his sister were dead rather than have fallen in love and brought dishonour to her family the way she did. He also expresses gratitude for not having a daughter of his own, someone who could have become the source of dishonour for him.

Perhaps the saddest moment to witness in Episode 8 of Pehli Si Muhabbat is the internalized patriarchy that Zainab reflects through her dialogues. After having a vase broken over her head by her husband, Zainab believes that it is not her husband Murad (Paras Masroor) who is evil or at fault, rather it is his fate that should be blamed. His fate had him married to a woman who loved someone else. It is not her broken heart or head that Zainab cares about, rather the disappointment that she has brought to her brother and husband alike.

Another mindset which our patriarchal system enables and is portrayed in the drama as well is one that justifies domestic violence. After hearing his wife speak in favour of him, Murad immediately tells her how he did not mean to hit her. In fact, he was not even angry at her, he was angry at himself. And so he chose to hit his wife because he knew that he had the power to do it. A man’s anger often translates into violence and a woman is almost always at the receiving end of it. Even if Zainab had not triggered his anger, she did bear the consequences of it because being a woman and a wife, what else could she have done?

The audience is yet to find out what really happened in Zainab’s past but her present looks very similar to the lives which many women of Pakistan live. Will Rakhshi meet the same fate as Zainab’s then? Or will Aslam be able to take a stand and marry the woman of his choice?