Shehnai kicks off with an interesting double episode

With marriage as the central theme, the drama deals with a sensitive topic in a humorous and enjoyable manner 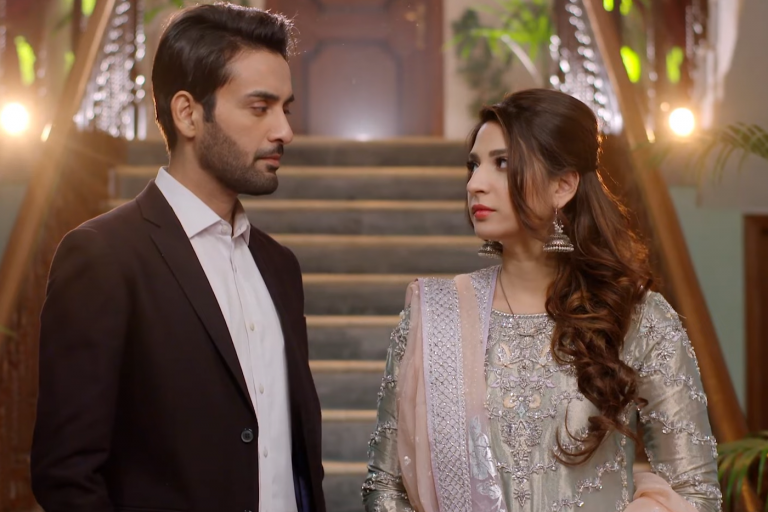 KARACHI: With multiple new projects hitting the small screen, Shehnai on ARY Digital is one drama that audiences had been looking forward to. While fans waited for episode 1 to air on 18th March, Shehnai surprised its viewers with a double episode. Featuring Ramsha Khan as Bakht and Affan Waheed as Meerab, the romantic-comedy revolves around the theme of marriage. Bakht and Meerab are family friends who grew up playing together and but have not met each other in years. With their fathers being close friends, Bakht and Meerab are all set to get married to each other once the latter returns from London. However, the only problem is that both of them love someone else.

As Bakht’s mother tries to convince her to meet Meerab’s family and possibly get engaged, Bakht narrates the story of almost every Pakistani girl. With her parents desperate to have her married, Bakht has already had three boys ‘reject’ her. However, being the good, loving daughter that she is, she agrees to meet every family for her parents. Time and again, Bakht is reminded of how many times she has already been rejected. Thus, the fourth proposal has to be the right one, specially since the family is someone Bakht’s parents have known for years.

Affan Waheed as Meerab, plays the role of the boy who returns from London and whose parents are ready to get him married right away. In fact, they even have the wedding menu and decorations finalised. Meerab, too, is in love with someone else but does not have the courage or the time to talk to his parents. While he initially does run away, he is forced to return to Bakht’s house where the engagement ceremony is supposed to (and does) take place.

Another interesting dynamic present is amongst Bakht’s own family members. Living in a joint family, each member has their own concerns and does not always get along with everyone else. The relationship between the different family members add humour to the drama and allow for comic relief in an otherwise tense situation.

Episode 1 of Shehnai makes it obvious that Bakht and Meerab have no intention of getting married to each other. However, the teaser did show Ramsha Khan and Affan Waheed dancing along to the OST at what seems like a wedding. Will their characters get married to each other for the sake of their families or will they be able to unite with their respective love interests? Let’s see what the team has to reveal in the coming episodes.