The show is entertaining, insightful and not as regressive as one would have assumed 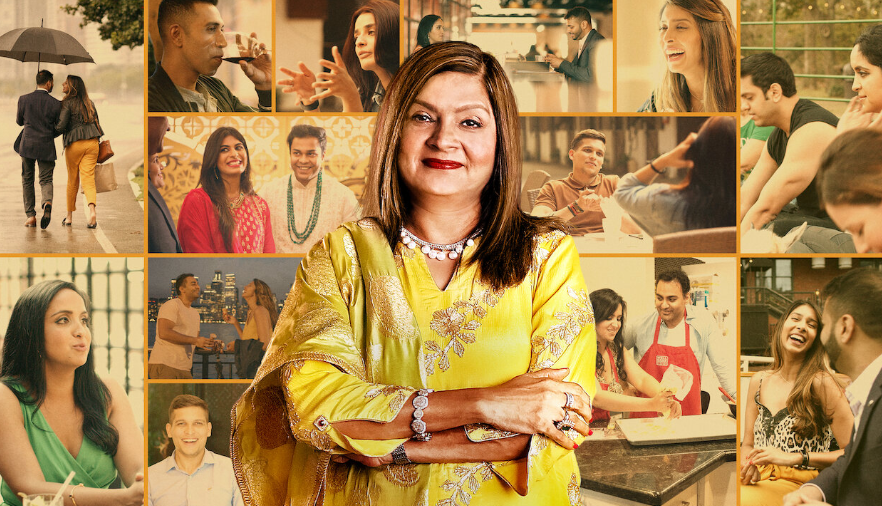 KARACHI: I actually like Sima Taparia from Mumbai. If you’ve seen the show (or the plethora of memes online), you’ll know that Sima Taparia is the lead character of the trending Netflix show, Indian Matchmaking and that is how she always introduces herself to people.

Sima aunty, we don't need to know you are from Mumbai everytime.#IndianMatchmaking

And as a professional matchmaker who is helping hundreds of Indian families find their partners, you would automatically assume that she’s going to be saying sexist and regressive things on the show, such as ‘only the woman should always compromise and do what her in-laws say’ or that the girl should be ‘fair and slim’.

The thing is, even if Sima is saying that, she’s speaking on behalf of an entire culture that is followed by millions of people. These aren’t the rules she’s made, she’s simply saying it like it is. This is just how Indian society thinks, why hate Sima, or this show for that matter, for trying to fulfill these standards put forward by her clients?

Also, it’s easy to criticize something one doesn’t understand, but the show highlights the logic behind arranged marriages, how they function, how they work (which they do) and Western societies may never want to meet their future partners through their parents, it works in this part of the world and it works in the show.

The show follows Sima as she tries to find partners for the participants of the show, and sometimes she is successful and sometimes she isn’t. But what makes Sima’s presence endearing is that she is honest and helpful and her calm smile is infectious. She is funny even when she doesn’t intend to be and that is the beauty of this show. You’ll find humour in the awkward moments of human interaction, and one cannot guess how scripted these interactions are but nevertheless, they are really addictive to watch.

Of course, there are characters that are less than desirable, because they seem difficult and stubborn. One particular mother seems to be very controlling and while people are making fun of Akshay for being a ‘mama’s boy’, one can’t help but feel empathy for him – it’s not easy to have your own identity when you’ve grown up with such a controlling parent.

In general, one can also see that desi parents tend to be controlling and that reflects in the personalities of their children as well. Both Aparna and Akshay have grown up with controlling parents and as adults, they’re both hard to please and have the toughest time in finding partners.

And that’s what Indian Matchmaking is: a small window into desi culture. While the people featured in the show are all modern, educated, somewhat liberal Indians, they still struggle with things such as colourism and conventional traditional roles. You won’t regret watching the show for a minute.