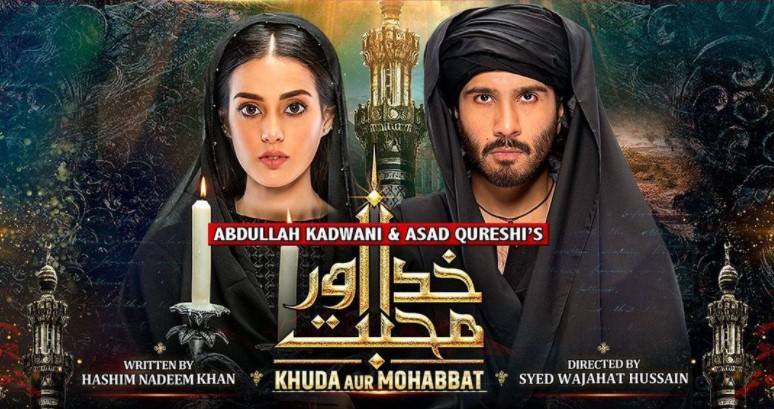 KARACHI: Khuda Aur Mohabbat season 3 has been making waves among viewers ever since it went on air but the recent episode 27 has set a new record. The episode has crossed 1 billion views on YouTube. Co-producer Asad Qureshi took to social media to share the news with fans and followers. “Khuda Aur Mohabbat 3 has surpassed 1 Billion + views on YouTube, breaking all previous records in Pakistani drama history! We are indebted to each and every one of you for showing us so much love and appreciation.”

Feroze Khan and Iqra Aziz, who play key roles in the project, also shared the news on their respective social media handles. Their characters’ reunion is what has caught viewers’ attention in this particular episode as the two come face to face after long. However, the intense drama has been topping the rating chart since long and stands at number 1 spot among top 10 dramas of July 2021.

Directed by Syed Wajahat Hussain and produced by Abdullah Kadwani and Asad Qureshi under 7th Sky Entertainment, the play has kept viewers intrigued 27 episodes into the play. To no surprise, Iqra and Feroze’s chemistry is one major reason why it has garnered so much attention. However, one cannot deny the role of the beautiful OST that crossed 100 million views on YouTube sometime back. Junaid Khan, Tooba Siddiqui, Sunita Marshal, Rubina Ashraf, Hina Bayat come as a cherry on top with their brilliant acting chops. What did you think of the recent episode 27 of Khuda Aur Mohabbat season 3?