Based on data recorded by Medialogic Pakistan, here are five of the highest rated dramas from last month 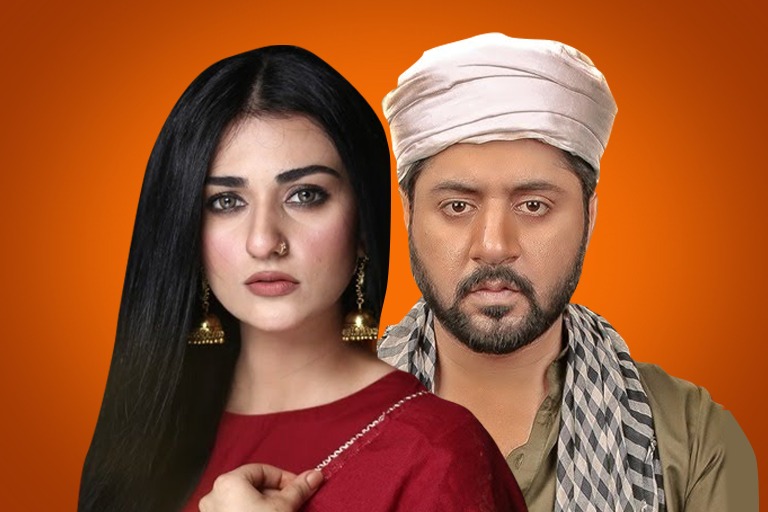 KARACHI: Local television has been churning out one drama after another to entertain its viewers. While some have star-studded casts, others have strong storylines, while few have the ideal combination of both. However, one element that continues to attract producers and channels are the ratings that these dramas receive. While critics may enjoy certain projects more than others, it is viewership that often surprises many. Hence, based on the data gathered by Medialogic Pakistan, here are five of the top-rated Pakistani dramas of July 2021.

ARY Digital secured two spots in the list of top-rated 10 dramas from last month. One of them is the Minal Khan and Danish Taimoor starrer, Ishq Hai. A toxic portrayal of love and relationships, Ishq Hai failed to impress us but it certainly caught the viewers’ attention. Written by Rehana Aftab, the drama airs double episodes every Tuesday and Wednesday. In recent episodes, Minal Khan’s character, Isra, has finally started to soften up to her husband, Shahzaib (played by Danish Taimoor) while their families continue to be hostile towards them. Perhaps Ishq Hai is a fitting example of how viewers and critics may not always be on the same page while rating projects.

Produced by Six Sigma Plus Production, Pardes is yet another drama that airs double episodes on ARY Digital. Pardes began by depicting the struggles of a lower-middle class family. Sarmad Khoosat and Shaista Lodhi play the roles of Ahsan and Zubaida, a couple who struggles to maintain harmony in their relationship because of Ahsan’s family and financial status. A few years into the future, Ahsan has passed away but Zubaida continues to face hardships along with her children, Aimen (Dur-e-Fishan) and Zaid (Atabik Mohsin). Affan Waheed is also a part of the cast and definitely a contributing factor towards the drama’s success. Bushra Ansari and Sarmad Khoosat’s roles in the project may have come to an end but the two delivered their best as always, making Pardes one of the top rated dramas of July 2021.

Iqra Aziz and Feroze Khan starrer Khuda Aur Mohabbat season 3that is presently airing on Geo Entertainment is certainly one of the audiences’ favourite these days. Topping the ratings chart, the intense love story, directed by Syed Wajahat Hussain and produced by Abdullah Kadwani and Asad Qureshi under 7th Sky Entertainment, has kept viewers intrigued 27 episodes into the play. To no surprise, Iqra and Feroze’s chemistry is one major reason why it has garnered so much attention. However, one cannot deny the role of the beautiful OST that crossed 100 million views on YouTube sometime back. Junaid Khan, Tooba Siddiqui, Sunita Marshal, Hina Bayat come as a cherry on top with their brilliant acting chops. Did you watch the much-anticipated recent episode of Khuda Aur Mohabbat season 3?

Raqs e Bismil starred Imran Ashraf and Sarah Khan in key roles and marked Wajahat Rauf’s return to directing TV plays. The intense drama may have come to an end last month but it also topped in terms of ratings compiled for the month of July 2021. Particularly, the last episode garnered immense attention and praise from viewers, not just in Pakistan but beyond as well. The Hum TV production received a lot of acclaim due to its lead pair’s chemistry while performances from Imran Ashraf, Sarah Khan, Anoushay Abbasi and Furqan Qureshi were a treat to watch. With script by Hashim Nadeem, it seems to have hit all the right notes with viewers before coming to an end last month.

Geo Entertainment’s Mohlat may also have come to an end but it was one of the most-watched TV dramas last month. Starring Usama Khan as Essa, who was a force to reckon with, the drama aired daily the entire week. It also featured Sami Khan, Kinza Hashmi, Sabina Farooq and Komal Aziz Khan in key roles. With a love triangle at the heart of the drama, it kept audiences hooked with its fast-paced narrative and interesting twists. Veteran actors Bushra Ansari, Asma Abbas and Tanveer Jamal played integral parts and viewers were in for a treat watching them onscreen.