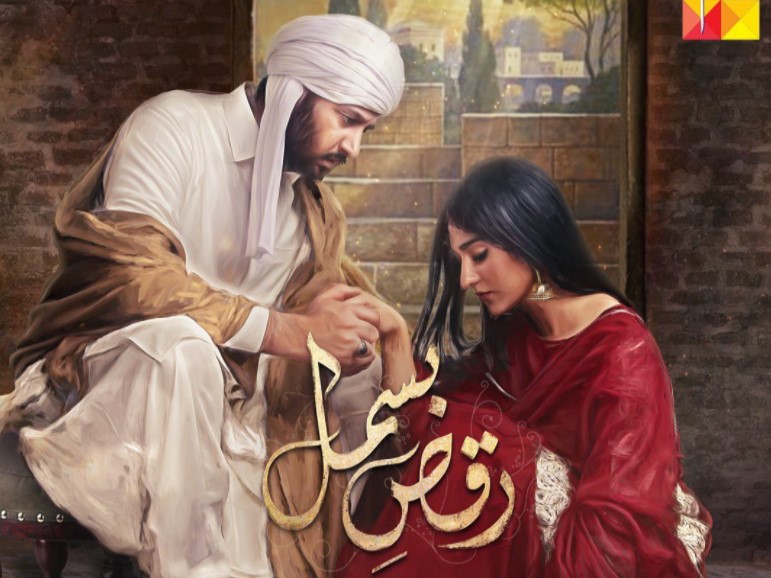 KARACHI: One upcoming drama we all have been waiting for is Raqs e Bismil that marks director Wajahat Rauf’s TV comeback. The drama features Imran Ashraf and Sarah Khan in never seen before avatars. Having won hearts with their recent TV roles, the two will share the screen for the first time. Written by Hashim Nadeem, the drama is produced by Shazia Wajahat and Momina Duraid and will soon launch of Hum TV. Shazia Wajahat recently shared the poster, followed by the first teaser.

Going by the teaser, the drama looks unique in its treatment and has an intense feel to it. When asked about it, Imran Ashraf told Cutacut that the drama has everything. There is drama, romance and action. Imran is starring as Moosa, who seems to be an antagonist, going by his appearance. However, he shares that Moosa is a hero. “I gained 6kgs for the role,” she informed, adding, “It is a very different play and is full of character actors including Mehmood Aslam, Saleem Mairaj and Rashid Farooqui.

The recently released teaser hardly has any dialogues, except for one by Anoushay Abbasi. When Moosa separates her from the love of her life, she wishes that he also falls in love someday and not have her. Imran looks promising as Moosa while Anoushay Abbasi impresses as always. Looks like the drama will be a treat to watch. Other actors starring in Raqs e Bismil include Momin Saqib, Nida Mumtaz, Juvaria Abbasi, Furqan Qureshi and Zara Sheikh.

Producer Shazia Wajahat shared on her social media that Imran Ashraf and Sarah Khan were the first and only choices for the roles they are playing in Raqs e Bismil. No actor can perhaps claim now that they were offered the role first, once the drama receives praise. While Imran stars as Moosa, Sarah will be seen as Zohra in the upcoming drama.