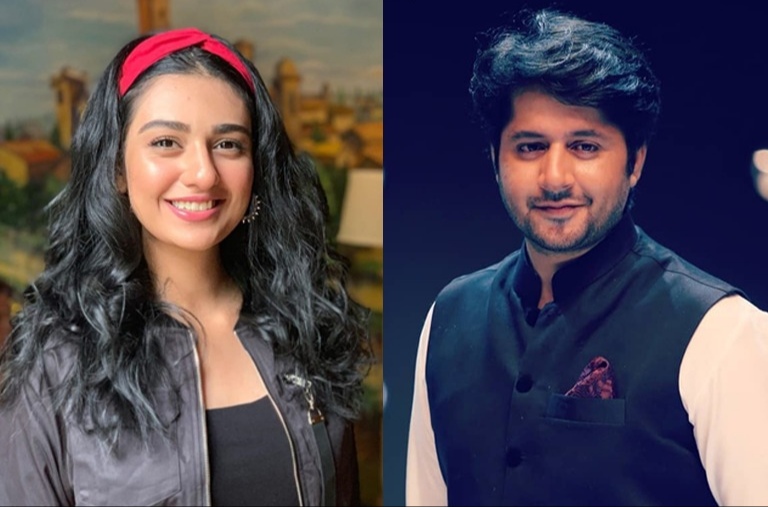 KARACHI: Director Wajahat Rauf, who last directed Chhalawa for the big screen, announced Parde Mein Rehne Do earlier this year. Starring Ali Rehman Khan and Hania Amir, the film was on floors but the shooting stopped due to the pandemic.

According to recent reports, the director is returning to television meanwhile with an upcoming play, titled Raqs e Bismil. The play will star Imran Ashraf and Sarah Khan, two of the most sought-after faces in the industry right now. Shazia Wajahat and Momina Duraid will be co-producing the play.

Last month, Shazia Wajahat announced working on an upcoming drama with Hashim Nadeem, who has penned the script of Raqs e Bismil. She did not share any details then, except that it is a Hum TV play. Actress Sarah Khan, on the other hand, shared the script of the play in an Instagram story.

Gearing up for an exciting new project 📺..Super excited to work with an amazing cast .😍..will share details soon ..Allah is the greatest 🙏 #preproduction #showcaseproductions #humtvpakistanofficial #

Shazia Wajahat’s recent social media post announced that the play goes on floors soon and informed us of who the cast includes. “Raqs e Bismil on floors now,” she posted. “A beautiful script, written by Hashim Nadeem and directed by Wajahat Rauf. Produced by Shazia Wajahat and Momina Duraid.”

“Looking forward to working with a great cast,” she added. The cast includes Mahmood Aslam, Saleem Meraj, Momin Saqib, Anoushay Abbasi, Furqan Qureshi, Gul e Rana, Nida Mumtaz and many others. Sarah Khan and Imran Ashraf will be sharing the screen space for the first time.

Imran Ashraf and Sarah Khan have recently been in the limelight for all the right reasons as far as work is concerned. Imran Ashraf is generating appreciation for another versatile role in upcoming play Mushk that will go on-air next week. Similarly, Sarah Khan is picking up praise for her impressive performance as Miraal in ongoing play Sabaat.

Let’s see what Raqs e Bismil holds in store for their fans.