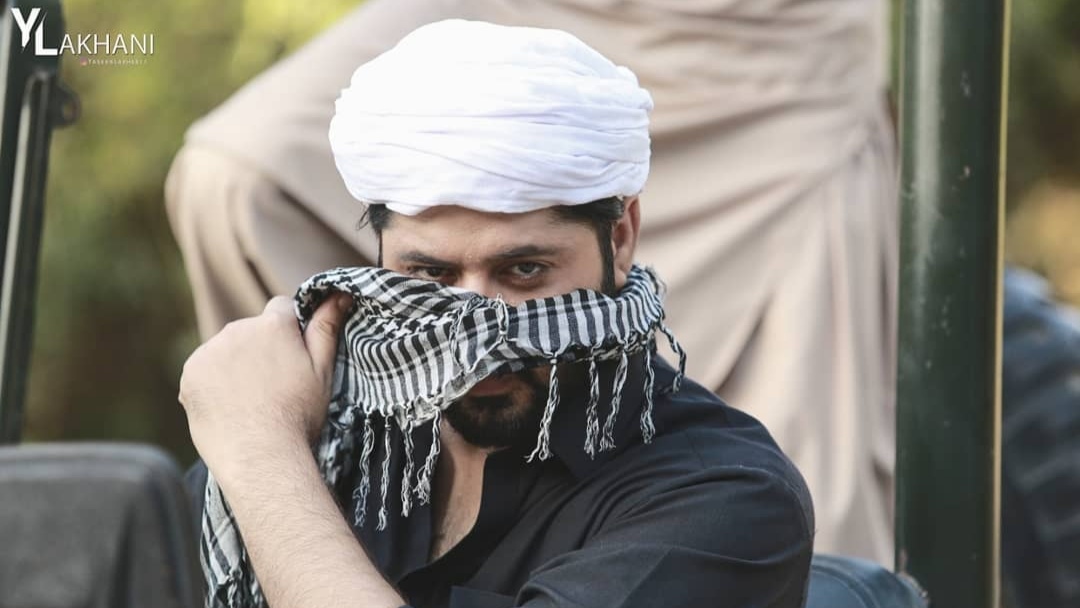 KARACHI: Having raised the bar as Bhola in Ranjha Ranjha Kardi last year, there is no looking back for Imran Ashraf. He impressed viewers as anti-hero Rehan Chaudhry in Inkaar, followed by a chocolate hero in Kahin Deep Jalay. Currently, he is winning hearts as the writer for ongoing drama serial Mushk while he also essays an integral role in the play. To top it off, Imran Ashraf recently revealed the first look of his character in his next drama. He is the protagonist but an unusual one, as far as the first look suggests.

MOOSA Baray arsay baad role aya hai Time has changed thank God. Let me introduce you to my next character “Moosa” , i have been waiting for a script since a while , Thank You hashim Nadeem for giving me a chance to be part of your masterpiece script. Wajahat Rauf is returing to Dramas after a long time with this project Thank you wajahat bhai ❤ When shazia bhabhi called me she said Mujhay tum hi chahya ho and i replied yeah mein hi karoon ga thank you Produced by Shazia wajahat and Momina Duraid for Hum tv. Wish me all the best for and please pray for me #Raqsebismil @yaseenlakhanii

Sharing the picture from his next, titled Raqs e Bismil, Imran informed fans that he will be seen as Moosa. Though the character looks more of an antagonist, Imran informs Cutacut that he is the hero. It is going to be an unconventional hero as opposed to the guy next door.

“I have been waiting for a script since a while,” he noted in his social media post. The actor also thanked writer Hashim Nadeem for the opportunity to be a part of his masterpiece. Director-filmmaker Wajahat Rauf is returning to TV with Raqs e Bismil. The drama features Imran opposite Sarah Khan who is making waves with her role in Sabaat these days. Raqs e Bismil is being produced by Shazia Wajahat and Momina Duraid. It will air on Hum TV later this year.

Gearing up for an exciting new project 📺..Super excited to work with an amazing cast .😍..will share details soon ..Allah is the greatest 🙏 #preproduction #showcaseproductions #humtvpakistanofficial #

Sarah Khan and Imran Ashraf will be sharing the screen for the first time. Both actors have impressed viewers with their current roles and one hopes Raqs e Bismil will add to that. We aren’t sure of Sarah Khan’s look in the upcoming project yet and how the two look together on the screen.

In addition to Raqs e Bismil, Imran Ashraf is soon to make his big-screen debut with Dam Mastam. Directed by Mohammad Ehteshamuddin, the film is having final days of shoot post Covid. It will feature Imran opposite Amar Khan, who is also the writer of Dam Mastam.