Kicking off with an intense double episode, the drama has a strong cast and a realistic storyline 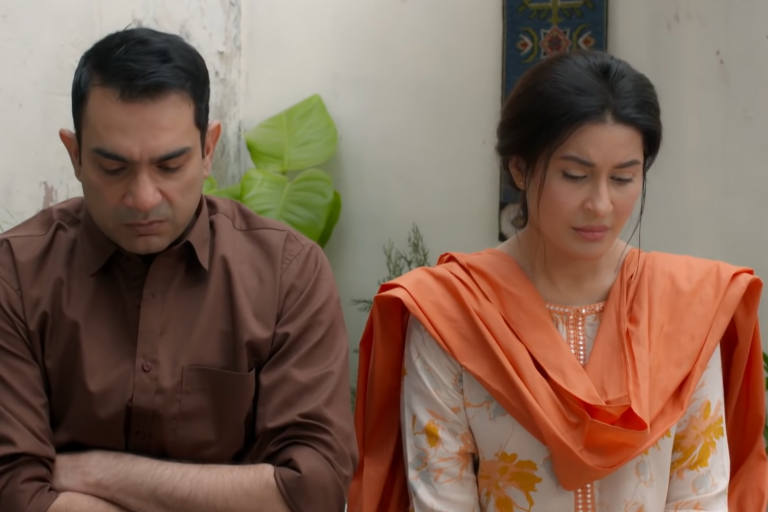 KARACHI: Drama serial Pardes had promised to be dedicated to those who leave their homelands for the sake of their families and as episode 1 went on air, the storyline moved in the same direction. Pardes narrates a story which is a reality for many Pakistanis. Ahsan (Sarmad Khoosat) and Zubaida (Shaista Lodhi) are happily married with a daughter and even though they belong to a lower-middle class family, their love is enough for each other. However, Ahsan’s mother (Bushra Ansari) does not make many things easy for the couple as she is clearly not a fan of Zubaida. On top of that, Ahsan is the sole breadwinner of the house while his younger brother, Asim (Mirza Gohar Rasheed), does nothing to help his family out.

Pardes would not be the first drama to delve into the struggles of a lower-middle class family but with a strong cast and an intense first mega episode, the serial does look promising. Episode 1 also allowed Pardes to address some ground issues and establish relationships between most of the characters. Ahsan (Sarmad Khoosat) works as a mechanic with a salary of Rs.10,000 and 5 dependents. Still, he makes room to buy his wife and daughter small gifts like a doll and bangles, an act which does not go unnoticed or unappreciated by his mother. Asim, on the other hand, has no plans of being financially independent. Instead, the family is forced to get him married to his cousin Nausheen (Sharmeen Ali) in a matter of days. With Sharmeen’s arrival, Ahsan has one more mouth to feed. And mind you, Nausheen is not used to the minimalistic lifestyle of their house since she belongs to a slightly more financially stable family.

Trailer of the 2nd episode hints towards Ahsan leaving for Muscat for a new job, leaving Zubaida and his daughter behind to tolerate the taunts of his mother. Teasers shared by Shaista Lodhi on her Instagram also look intense as they show Zubaida falling sick while Ahsan is away but her mother-in-law hides the fact from her son in fear that he might come back home, leaving his job behind.

Pardes might not have a unique storyline but if dealt with in a sensitive manner, it has the potential to resonate with many Pakistanis. Sarmad Khoosat, Shaista Lodhi and Bushra Ansari, too, each have their own charm and are bound to keep audiences hooked with their dialogue delivery and acting.