Actors we wish to see on the big screen 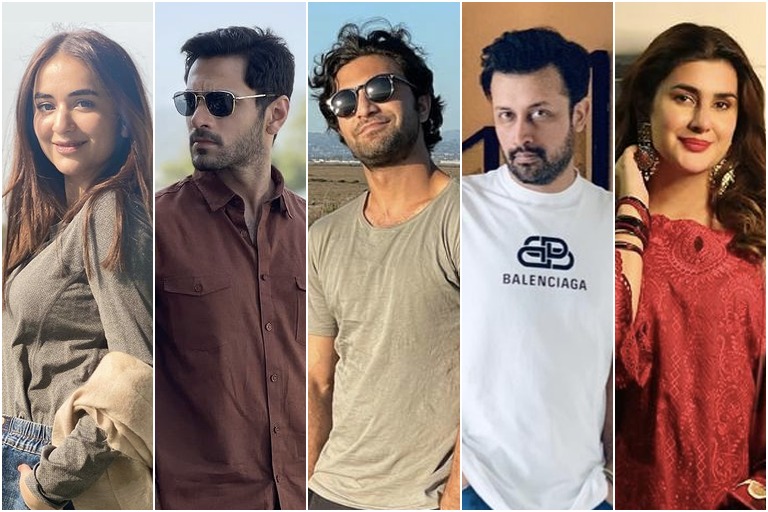 KARACHI: Lollywood has its fair share of films lined up for 2022. Audiences have a variety of films to choose from, be it action, comedy, drama, or a little bit of everything. Yet, there are a few actors who have lately been ruling Pakistani dramas, and one cannot help but wonder, how would they fare if cast in a movie? Of course, dramas and cinema are two different ball games, but if there is anyone who can nail both forms, we believe it is these individuals.

It would not be incorrect if we said Wahaj Ali has turned out to be Pakistan’s hidden diamond. The actor may have been a dark horse initially, but with projects like Jo Bichar Gaye, Ali has risen above most. Be it a chocolate hero, a strong-headed leader, or a character who simply needs to nail the comic timing, Wahaj Ali can pretty much do it all. Which makes us wonder, when will we get to see him on the big screen? Is the actor even open to the idea? Given his fan following, the movie is sure to be sold out within hours when released.

If we were asked to name Pakistan’s best female actor from the younger lot, many of us would name Yumna Zaidi. Be it Parizaad, Sinf-e-Ahan or Dil Na Umeed Toh Nahi, the actor has given us one spectacular performance after the other. Each of her characters also stand in distinction with one another. Making us wonder, when will Yumna Zaidi sign a film? And which character will she choose to be the first role for her Lollywood debut? Can you even imagine how strong the film would be if Yumna Zaidi and Wahaj Ali were cast together?

Mir was one of those actors who developed a quick and huge fan following even though their body of work remains smaller than most. Audiences have been missing Mir on the small screen as well. His last drama for local television was Yeh Dil Mera that ended in 2020. Fans loved him in Dhoop Ki Deewar in 2021 but many could not watch the show considering that it aired on an Indian platform. If not dramas, would Mir consider working in a Pakistani film? If yes, we are sure fans will rush to the first screening upon release!

An actor who we have recently gotten used to seeing on the small screen and grown fond of is Kubra Khan. From Hum Kahan Keh Sachay Thay to the ongoing Sinf-e-Ahan and Sang-e-Mah, Khan seems ready to take up any role no matter how challenging it may seem! Having proven herself on the small screen, we would love to see Khan bring her magic to Pakistani cinemas once again. Having grown as an actor over the years, it would be exciting to see what Khan has to offer the big screen.

If it wasn’t obvious, we are pretty much obsessed with Atif Aslam. But can you blame us? Is there anything that the man cannot do? Singing, dancing, acting, just being himself? Of course, he has acted on the big screen for the 2011 release ‘Bol’, but 11 years is a long time ago! With the way he has been nailing his performance in Sang-e-Mah, it would not be surprising if the actor was offered more roles. And maybe make a comeback on the big screen? We know you want to see it too.