Comment: When will Pakistani dramas change the woman vs. woman narrative?

Way too many women on screen seem to be at daggers with each other, specially over a man 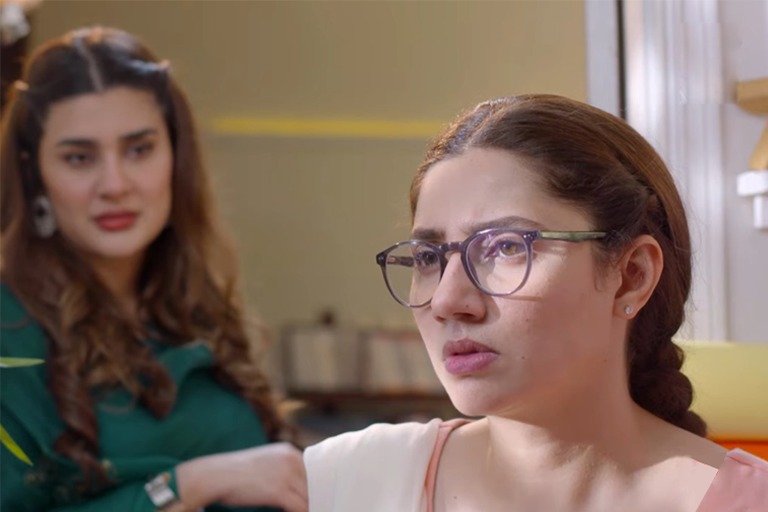 KARACHI: As episode 4 of Hum Kahan Ke Sachay Thy aired on Sunday night, it further established the hatred that Mehreen (Mahira Khan) and Mashal (Kubra Khan) have for one another. It also established the fact that both women are interested in their cousin, Aswad (Usman Mukhtar), with Mashal being more vocal about her feelings than Mehreen. While a love triangle between cousins was already enough to make the storyline awkward, it is the woman vs. woman narrative that truly put us off. Hum Kahan Ke Sachay Thy may be based on a novel but our television is not alien to storylines which feature drama with mostly women at the heart of it. What is even worse to notice is that these women are not just competing against one another to prove themselves, they are shown to be competing over a man. Be it the Mahira Khan and Kubra Khan starrer or Laapata featuring Ayeza Khan and Sarah Khan (wait, is it a Khan thing?), two perfectly capable and talented women are for some reason shown to be fighting over a single man’s attention.

Ayeza Khan’s character, Geeti, came across as problematic from the very first episode of Laapata but she seems to stoop to lower levels each week. While Geeti was initially a part of a love triangle with her cousins Falak (Sarah Khan) and Shams (Ali Rehman), recent episodes show her moving on and perhaps in the worst way. This time, Geeti is interested in her best friend’s fiance, who seems to be equally interested. Safe to say that the man’s morals are questionable given that he would rather hang out with his fiance’s best friend behind her back, Geeti’s intentions become major red flags for any friendship. Sure, Geeti is a selfish woman but for her to repeatedly go after another woman’s love interest is downright evil.

Speaking of women obsessed with another woman’s partner, Nimra from Ishq Hai tops the list. Played by Mahenur Haider Khan (there it is again, Khan), Nimra is in love with her cousin, Shahzeb (Danish Taimoor) who has repeatedly turned her down. Not only is Shahzeb not interested in Nimra, he is also married to Isra (Minal Khan). In yet another battle of the Khans (or their characters, rather), Nimra sees Isra as a hurdle in her love story and is adamant on throwing Isra out of the equation. In an almost amusing turn of events, Nimra adds another layer of violence to the already problematic Ishq Hai. More than once, she physically attacks Isra out of anger and hatred. In case our audiences were not convinced that women truly hate one another, this particular drama uses catfights to strengthen the narrative.

Perhaps the only time Ishq Hai allows viewers to breathe a sigh of relief is when they witness Isra stand up for herself and not get intimated by evil in-laws. Unlike her role in Nand, Minal Khan finally seems to have landed herself a character who is not a doormat for other people.

Ishq Hai furthers the woman vs. woman debate through Naina’s character. Portrayed by Azekah Haider, Naina’s anger and frustration make little sense. From the first episode, the woman seems upset with her in-laws and constantly blames them for not having the happiest married life. Not only has Naina time and again treated Isra like an evil sister-in-law, she continues to be cold towards her husband’s mother. In Naina we see a woman who refuses to look beyond herself and seems keen on actively hating the women of her house. Instead of looking at her own shortcomings or her husband’s lack of love for her, she continues to hold her in-laws responsible for the problems in her life.

Geeti, Mashal, Mehreen, Nimra and Isra are some recent examples of how local television continues to fuel the ‘aurat hi aurat ki sab se bari dushman hai’ (a woman is another woman’s biggest enemy) debate that has prevailed in our society for years. Perhaps now is the time that our writers use their influence to narrate stories of self-love and strength. Now is the time to teach our audiences that bringing another person down does not translate into one’s own success, and that running after a man who does not belong with them is not what ambitious young women ought to be doing.

#WorldFriendshipDay: 10 reasons why you need to call up your BFF and thank them