Sang-e-Mah delves into complexity of love and relationships 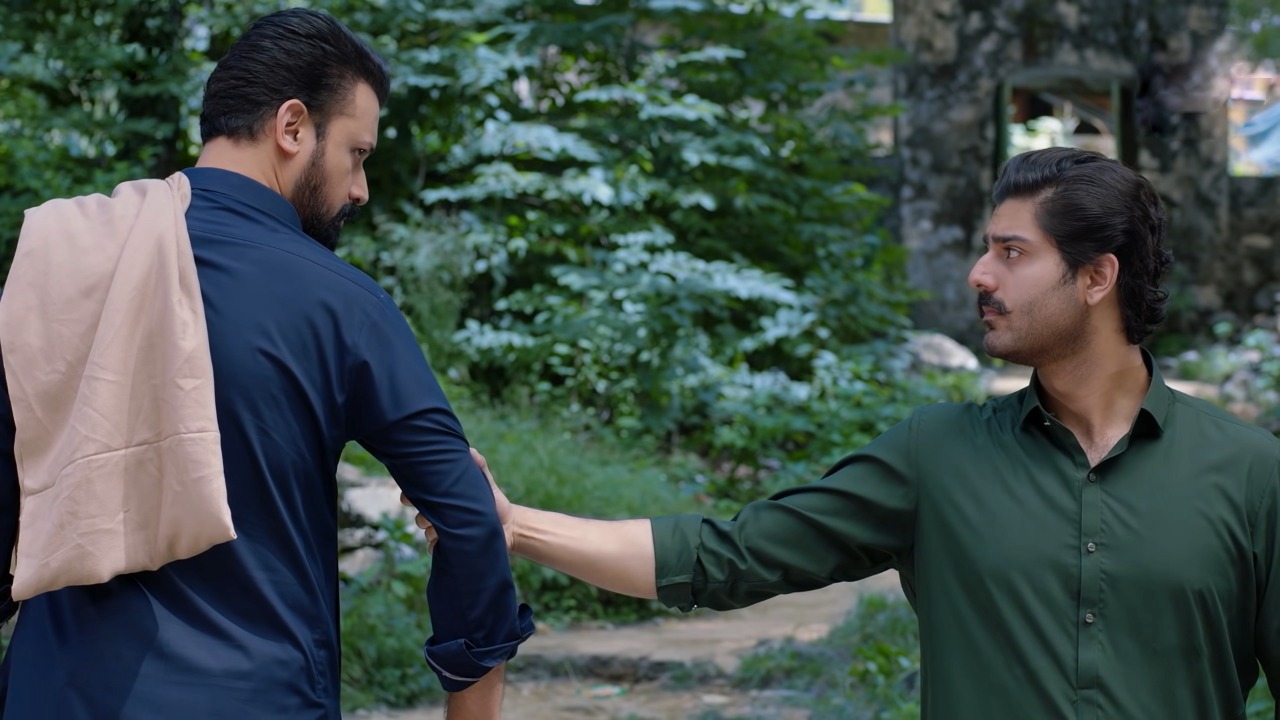 KARACHI: Drama serial Sang-e-Mah is one of the most popular dramas currently on air. With a strong cast, sensitive storyline and huge following, the show has been ticking all the right boxes. With episode 7, Sang-e-Mah further explores the concept of Ghag and how it effects men and women both. Simultaneously, the drama also explores the complexity of adult relationships. Through its characters, it shows how love and hatred are often interconnected.

Hilmand (Atif Aslam) and Hikmat (Zaviyar Ejaz) are half brothers. Hilmand is shown to be the deviant, indifferent man who cares about nothing but seeking revenge for his father’s death. However, if there is one person he does care about, it is Hikmat. The two brothers share a bond that is stronger than blood siblings’. Yet, Hilmand exercises ghag outside Gulmeenah’s (Hania Aamir) house, the same woman that Hikmat loves. The conflict that follows is beautiful and heartbreaking to watch at the same time.

Hikmat does not have the courage and will to stand up against his brother. Hilmand, on the other hand, refuses to believe that Hikmat could be in love with a girl without ever mentioning it to his elder brother. For Hilmand, the words coming out of Hikmat’s mouth seem to be part of a plan set up by his step-father.

So the conflict begins. Hikmat is torn between his love for Hilmand and Gulmeenah, while Hilmand has to seek revenge for his dead father. With only relationship that he truly cares about, where does Hilmand go?

Another person directly effected by Hilmand’s act of ghag is his step-father, Haji Marjaan Shah. Played by Nauman Ijaz, Haji Marjaan Shah is perhaps Hilmand’s biggest enemy. The latter is adamant on seeking revenge for his father’s death from Haji Marjaan. Hilmand’s behaviour irks Marjaan as well but how can he overlook the fact that his wife, Zarsangah (played by Samiya Mumtaz), loves her son?

Haji Marjaan not only has to choose between his sons, but also between right and wrong. Being the head of the jirgah (tribal council), Marjaan is responsible for making a decision based on Hilmand’s actions; the ghag. However, how can he punish a person who is his wife’s blood? At one point, Marjaan raised Hilmand as his own. Yet, how does he overlook his ethical and moral responsibility as a leader? How does he make a decision without disrupting the peace of his home?

Zarsangah’s life is full of complicated relationships. She is not on speaking terms with her sister, Zarghuna (Sania Saeed). The same sister whose daughter her son, Hikmat, wants to marry. Already torn on how to make Hikmat’s wish come true, Zarsangah faces another roadblock when Hilmand fires outside Gulmeenah’s house.

As a mother, she loves both of her sons equally. She even loves Hilmand despite his aloof behaviour. However, she also knows that what Hilmand has done is unforgivable. Even if she goes against society to support him, Zarsangah cannot stand against Hikmat and his love. She is also at a crossroads between being Hilmand’s mother and being Haji Marjaan’s wife. If only one could survive, who does she pray for?