These powerful songs by Pakistani icons put Ariana Grande’s ‘Thank U, Next’ to shame. 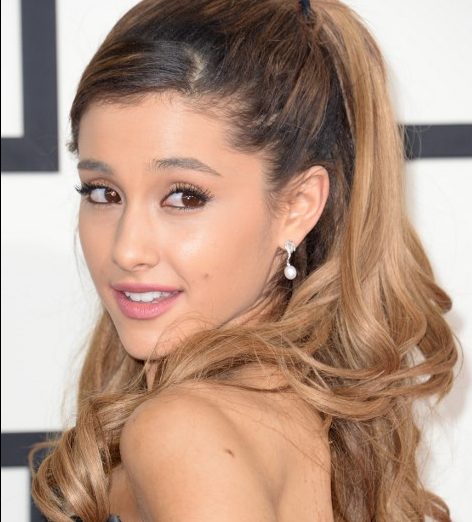 Ariana Grande arrives on the red carpet for the 56th Grammy Awards at the Staples Center in Los Angeles, California, January 26, 2014. PHOTO: AFP

Social media is going gaga over the song as it not just includes widely relatable nuances of going through a breakup but also endorses self-love for all those nursing painful heartbreaks.

It has not even been a week since the release of the hit and it seems Grande’s fans all over the world, including Pakistan, have overdosed on it.

In case you are looking for similar tunes to soothe your emotions, the Pakistani music industry has produced a number of iconic breakup anthems over the years that, honestly, put Grande’s ‘Thank U, Next’ to shame.

Read: This is your ultimate weekend ‘raita’ playlist

When it comes to any list of iconic Pakistani songs, the name of late Nusrat Fateh Ali Khan is an inevitable entry.

Written by lyricist Purnam Allahabad and composed by Fateh Ali Khan, “Tumhe dillagi bhul jani paregi,” remains one of the most powerful odes to unrequited love of all time, even decades after its release.

Another staple in the list is folk singer Reshma’s famous song “Lambi judai.” It is a powerful lament of separation, one that moves listeners to tears, regardless of the relationship status.

The hit was also used in a popular 1993 Bollywood movie “Hero.”

If there is one modern-day Pakistani musician who can be crowned as the “king of breakup songs,” it’s Sajjad Ali.

Ali has composed and sung a number of memorable songs over the past two decades but some of his best tunes are the ones mourning the loss of love.

Most of Hadiqa Kiyani’s songs celebrate love and life. Her songs, “Boohey barian” and “Dupatta,” are most famous examples in this regard.

Read: 10 indie artists you need to know about

As suggested by the title, the song talks about a short-lived tale of love. Strings released the single in 2003 and it went on to become one of the most famous breakup songs of the time.

This hit single infamously started off a feud between two band members — one that went down in the history of the Pakistani music industry.

In 2003, Atif Aslam’s powerful vocals and Goher Mumtaz’s guitar solo moved listeners not only in Pakistan but also across the world.