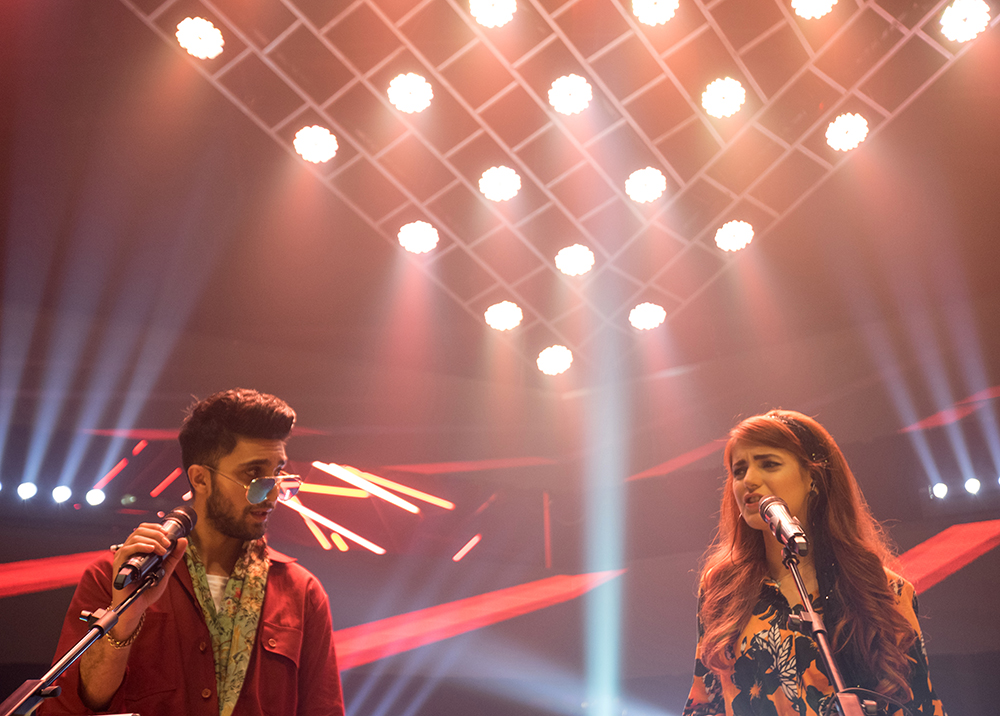 KARACHI: It has been a long and feisty week for our entertainment industry. Here are the highlights:

TV personality Salman Shaikh AKA Mani got under everyone’s skin this week with an extremely offensive Insta post (that has now been deleted.)

However, what made it worse was the insincere apology that followed. First, Mani tried to pin the blame on his “PR manager”. Then, he posted a video saying that the reason he got bashed so much on this post was because Pakistanis have too many psychological and financial issues and they simply need an outlet to take out their anger, and Mani was supposedly the unfortunate target this week.

2. Mansha Pasha and Sadaf Kanwal got into a war of words

Actor Mansha Pasha took to Twitter to say something about the way women in our industry express themselves. In the tweet, she was referring to Hira Mani’s recently revealed comments on Samina Pirzada’s show, Sadaf Kanwal’s statements on #MeToo on HSY’s talk show and Momina Mustehsan’s response to Shireen Mazari’s criticism of Ko Ko Korina‘s cover on Coke Studio‘s latest season.

From stole my husband from my best friend and cheated on my fiancee, to jab Me Too hota hai ussi waqt kiyon nahi boltein, to quotes from Uncle Ben and your friendly neighbourhood spider-man.

The women of this industry need to step up and learn to speak better.

However, Sadaf Kanwal took to her Insta story to take a dig at Pasha. 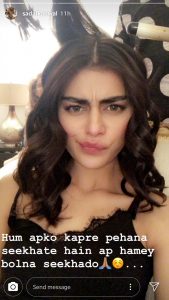 Mansha took the opportunity to remind everyone that we need to concern ourselves with “real issues” as opposed to the “clothes on our back”.

While we are all learning about clothes, makeup, hair and how to take perfect selfies, lets also learn how to talk about REAL issues that matter in the REAL world.

As public figures, lets not reduce ourselves merely to the clothes on our back and use our voice for good.

Ko Ko Korina‘s cover, starring Ahad Raza Mir and Momina Mustehsan, is being touted as Coke Studio worst production to date. But while the song itself was being hated on social media, it was Mustehsan’s argument with Human Rights Minister Shireen Mazari that became the talk of the town.

It started when Mazari tweeted how much she disliked the cover and Momina responded back saying that Mazari’s tweet was borderline cyber-bullying.

Horrendous! Destroyed a great classic – why oh why did Coke Studio allow such a massacre of this classic song? https://t.co/Iq5gfCPYcr

When you hold office, its not about politics or his/her own anymore – it’s about the country at large. You represent all of us now, not just yourself or #PTI. In a time when we’re trying to curb cyber-bullying and hate speech, please don’t fuel it further #SocialResponsibility https://t.co/5cX0Z8OaMl

Eventually, Ahad Raza Mir also jumped in with his two cents. Social media seemed divided over whether Mazari should have been harsh with her criticism or whether she was right to express her opinion.

Ms. Minister you represent a party that wants to bring change, supports youth and new ideas in Pakistan. The reach and duty of Human Rights promotes a caring approach to life. Dont "massacre" its meaning. You represent human rights in our country. Think about what that means.

This news slipped under the radar a little, owing to the fact that so much was already going on this week. But Bilal Khan recently released a new song, titled Tera Saath that sounded alarmingly similar to Shamoon Ismail’s track, Taare. Ismail called him out, so did several of his fans.

Thought you guys should know, can't stay quiet forever. I try to stay focused on my music alone but this is more than just music pic.twitter.com/76nBN5c8iI

Khan took to his Insta account to deny the accusation.

just wanted you guys to know