Actors we miss on small screen

Not only are these artists fan favourites, but also brilliant at what they do 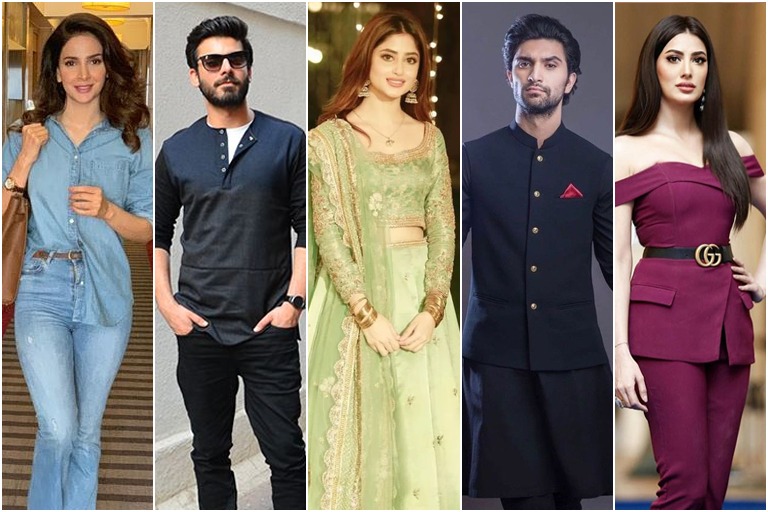 KARACHI: 2021 had many pleasant surprises for TV enthusiasts. Pakistani drama lovers witnessed some of their favourites return to the small screen as actors Sheheryar Munawar and Maya Ali made their TV comebacks with Pehli Si Muhabbat. Mahira Khan, too, returned to the world of dramas with Hum Kahan Ke Sachay Thay while her telefilm Aik Hai Nigar is set to release soon as well. Yet, there are certain actors who have delivered some brilliant performances in the past and to not see them on television these days feels a bit odd. Here are some of our favourites who we would love to return to the small screen.

This one is a no-brainer. One of the best actors that Pakistan has produced, Sajal Aly has given audiences many hit dramas. Be it her performance in Yaqeen Ka Safar, Yeh Dil Mera or Alif, Aly has proven herself to be a versatile actor with a wide range of emotions. Last seen on the small screen in 2019, fans definitely miss seeing their favourite. While Sajal Aly has been gracing our screens with her appearance in music videos and advertisements, the charm of watching her dramas is unmatched. Fortunately, she is soon set to star in Sinf-e-Aahan and Ishq-e-Laa so the wait is almost over.

It is almost impossible to think of Sajal Aly without automatically thinking of Ahad Raza Mir as well. While the couple is surely one of the most adored celebrity couples, both of them are tremendously talented in their own capacity. Mir’s last drama was also Yeh Dil Mera in which he starred alongside Aly while he also starred in the acclaimed project Ehd e Wafa the same year (2019). The couple also recently starred in Zee5’s webseries Dhoop Ki Deewar and tugged at the audience’s hearts once again. However, there is no news of Mir returning to the world of television yet.

Yet another brilliant actor, Saba Qamar has surely made a name for herself in the entertainment industry. She made her Bollywood debut in 2017 with Hindi Medium in which he starred next to the late Irrfan Khan. While her last Lollywood movie came out in 2016, Qamar impressed audiences with her role in drama serial Cheekh in 2019. After a wait of nearly two years, Qamar’s fans can finally watch her on television again once Tumhare Husn Keh Naam goes on air, a project that she has been working on alongside Imran Abbas and Asad Siddiqui. Saba Qamar is also set to star in another Lollywood movie, Ghabrana Nahi Hai, that finished shooting earlier this year. She has more films lined up for release once cinemas reopen.

Need we say more? Who doesn’t want to see more of Fawad Khan? And to think that one of the most loved actors of the country has the most subtle presence in the industry. Khan last appeared on our television screens in 2013 in drama serial Numm while Humsafar and Zindagi Gulzar Hai remain two of his most famous projects. It is rumoured that Fawad Khan is ready to make his television comeback after eight years but no official news has been announced. Khan’s film, The Legend of Maula Jutt has also kept fans waiting for a while but its release has been delayed multiple times with no official date announced as of yet.

It has been five years since viewers witnessed one of their favourites on the small screen. Mehwish Hayat last appeared in drama serial Dil Lagi in 2016. The actor featured in a few movies after that, with Challawa from 2019 being the most recent one. However, the star is yet to return to the small screen. After Mahira Khan, Sheheryar Munawar, Maya Ali and Bilal Ashraf, will Mehwish Hayat be the next movie star we see on our television screens? Guess we will have to wait and find out.