Twitter obsessed with Mehreen from Hum Kahan Keh Sachy Thy 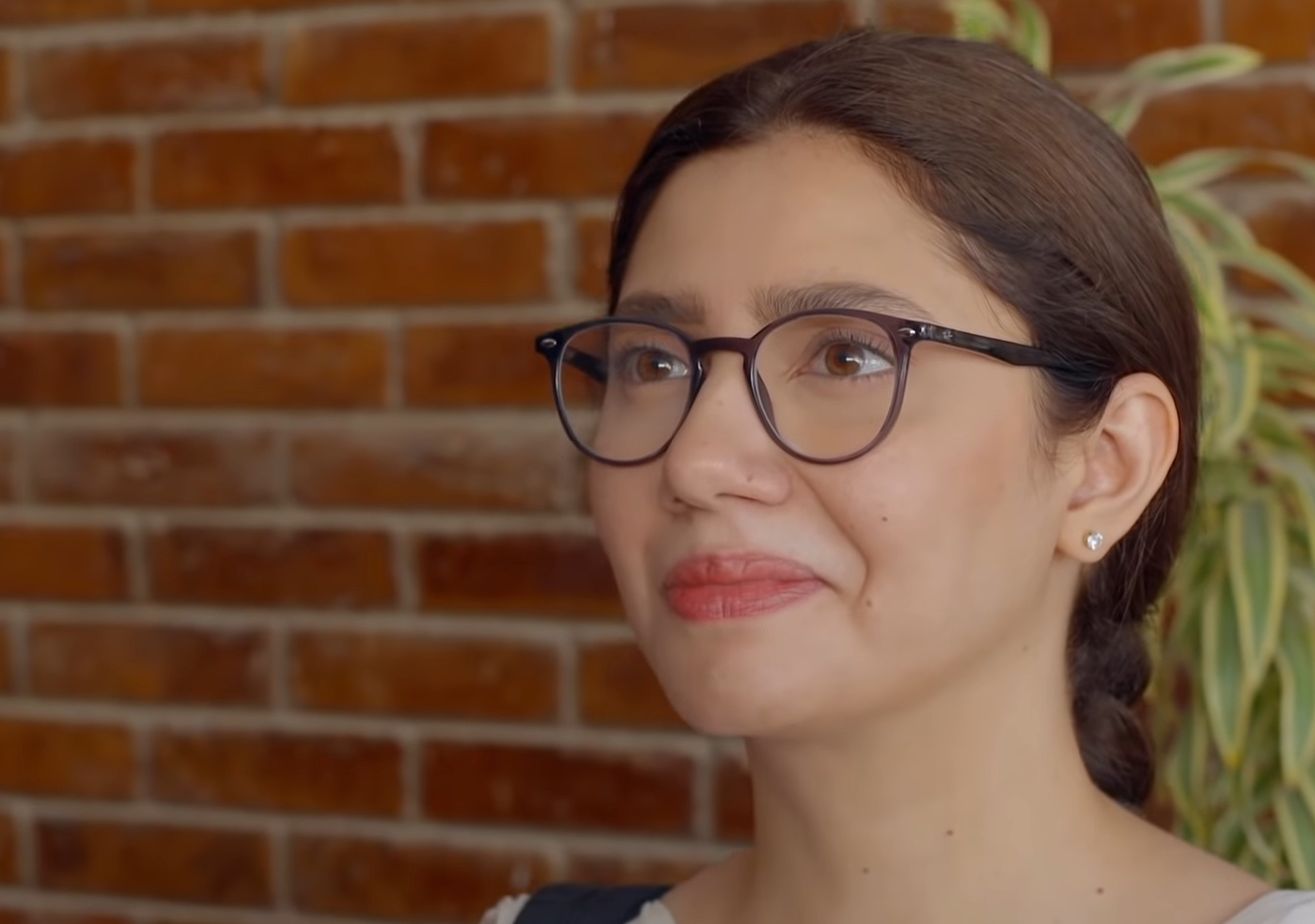 KARACHI: We earlier established that Aswad’s character is rather confusing in Hum Kahan K Sachy Thy. In fact, he is downright entitled. Played by Usman Mukhtar, Aswad is the foreign return cousin who is juggling between two female cousins. He says he loves one of them, Mashal (Kubra Khan), but continues to dictate Mehreen (Mahira Khan) as well. It might have earlier seemed like a competition between Mashal and Mehreen over who gets Aswad but in episode 6 of Hum Kahan K Sachy Thy, Mehreen makes it very clear that she has no interest in the man. Even better, she puts him in his place when he tries to question her life choices. One particular exchange between the two characters has Twitter rooting for Mehreen through and through.

In the scene, Aswad confronts Mehreen about having spotted her having lunch with a man he claims to be her boyfriend. He also claims that Mehreen entertains and roams around with multiple men and even has proof against her. Like an entitled man who must protect his family’s honour, Aswad tells Mehreen that she does not care for their family’s honour in the least. Mehreen might have been fond of Aswad at one point but now she knows that he has no right to speak to her like that. She is not answerable to anyone, specially not Aswad. Naturally, Twitter loves Mehreen standing up for herself just as much as we do.

"you need to mend your ways mehreen mansoor"
"you’re nobody to tell me that."

YES MEHREEN MANSOOR GO OFF!! this irrational man deserves this and so much more. ajeeb the dumbest male lead in the history of dumb male leads.😤#HumKahanKeSachayThay pic.twitter.com/4sl7WAhPW7

Mehreen Just Won My Heart❤️
The way she reply back uff🔥🔥
Need to see this type of character in Dramas Plz.🔥#HumKahanKeSachayThay pic.twitter.com/TByVDknwC6

Mehreen’s response to Aswad’s “go to hell” seems to have a separate fanbase altogether.

This scene was lit 🔥
Can we take a second and appreciate the acting of Mahira khan #HumKahanKeSachayThay pic.twitter.com/Gh2sBDiMO4

Even better is the fact that Aswad isn’t the only character that Mehreen knows how to deal with. Mashal is another obsessive character who makes sure that Mehreen does not live a happy life. When Aswad’s mother rejects Mashal’s proposal for her son, Mashal lashes out at Mehreen and warns her to stay away from Aswad. Mehreen, who was never a fan of Mashal, shows her cousin that her time to be the bully is over.

I love how Mehreen isnt the typical damsel in distress. She's in no way ready to take any of Mashal's bs , she not only claps back but leaves her speechless too….yes you go girl! #HumKahanKeSachayThay pic.twitter.com/XKiRQKdGYx

Ok girls , you both are haseen af, talented too, one can paint , one can sing, y'all really gonna go head to head for a man with zero brain cells ? Aswad nu karo dafa and you both become besties please…#humkahankesachaythay pic.twitter.com/Vyq8p2miwE

Episode 6 of Hum Kahan K Sachy Thy definitely established Mehreen as a character who knows what she wants from life, knows how to stand her ground and more importantly, knows how important respect is. Mashal and Aswad, on the other hand, don’t seem to have a lot of fans even within the drama. Will Aswad eventually come to his sense and stay out of Mehreen’s business or will he continue acting like an entitled man who wants the best of both worlds? We will find out soon.