Dhoop Ki Deewar: Lesson on grieving with the enemy

The series will have you laughing, balling your eyes out, and praying for a love that is forbidden 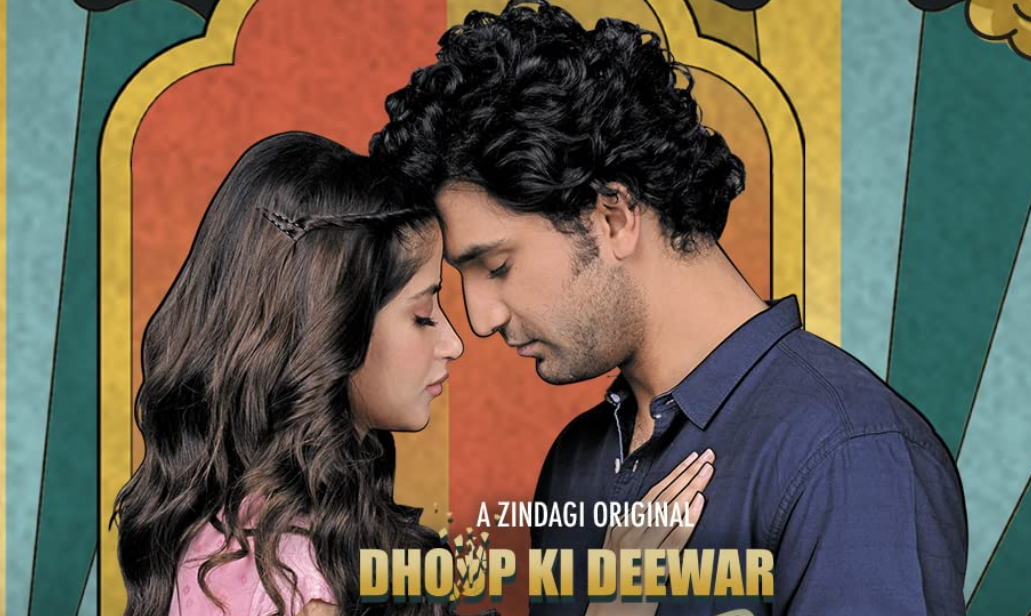 KARACHI: I liked to believe that I am not one to cry over TV shows. Definitely not ones that have no resemblance to my personal experiences. I also liked to believe that I was not irrationally obsessed with Sajal Aly and Ahad Raza Mir as a couple, whether on screen or off screen. Dhoop Ki Deewar, however, made me rethink both of these statements. It also made me wonder why the series did not get as much attention or publicity after its release for the show truly does live up to its mark.

Fourteen episodes into the series with the finale left to go on air, Dhoop Ki Deewar has come as a breath of fresh air in an otherwise mundane process of storytelling in the entertainment industry. Anyone who has watched the trailer of the show knows what the crux of it is. Sarah (Sajal Aly) and Vishal (Ahad Raza Mir) are the children of two martyred soldiers. Religion, geography and the history of their respective countries all point towards Sarah and Vishal being enemies as well. But the two find a beautiful friendship amidst the chaos. Dhoop Ki Deewar is a beautiful portrayal of friendship, especially in the digital age. Sarah and Vishal have never met each other and have no possibility of meeting in the near future, but the script paves way for a friendship that survives and thrives over the internet.

The series received severe backlash for promoting India-Pakistan and Hindu-Muslim romance when the trailer first came out and conclusions about the storyline were drawn. However, watching the show makes one realize that Dhoop Ki Deewar is not a love story at all. It is, in fact, a tale of pain, loss and mutual grief.

Once the two leads befriend each other and become a (virtual) shoulder to cry on for the other person, convincing their families that their relationship is harmless comes as a hurdle. Sarah and Vishal’s families feel about one another the way most Indians and Pakistanis feel about each other. We grew up hating them on the basis of narratives that are not always true, and we are taught to seek revenge rather than be compassionate. Like many of us, Sarah and Vishal’s families are convinced that ‘dushman ki aulaad dushman hoti hai (enemy’s child is also an enemy)’, even more so since they lost their sons and husbands at war. However, the way that the two families eventually warm up to each other over time and begin to see their similarities rather than differences is truly heartwarming.

Perhaps what the show truly deserves to be acknowledged for is its realism. The series follows a simple narrative but in its simplicity, it reflects on the society that we live in and makes us realize who the true enemies are. Sarah and Vishal represent the exploitation that our media so often practises as it puts the children of martyrs in front of their cameras and spoon-feeds them emotional scripts for greater ratings. Extended families of the two also give an insight into the greedy minds of people. Not long after their fathers’ deaths, Sarah and Vishal have to deal with aunts and uncles who push for their share in the family property.

Sarah and Vishal also symbolize the expectations we put on children just because of their birth order or their gender. Vishal constantly repeats how he is the only man in a house full of women since he lives with his grandmother, mother, and twin sisters. After his father’s death, he is also reminded of his responsibilities as ‘the man of the house’, nevermind the fact that he is practically a child. Sarah, too, has to worry about her aging grandparents and younger siblings. Being a girl, however, Sarah’s hands are tied in many situations and she finds herself unable to help herself or her family.

South Asian societies’ obsession with marriage is also portrayed well in the show. Days after her father is martyred, Sarah finds herself caught in the middle of multiple proposals from family members and neighbours. Simply because she is the eldest daughter, Sarah’s young age is overlooked by relatives who seemingly want to ‘share the burden’ by welcoming Sarah as their daughter-in-law. Surprisingly, Vishal experiences the same pressures from his uncle’s family, but the latter was probably more interested in all the assets Vishal would inherit from his father, rather than the boy himself.

Another reason perhaps why Dhoop Ki Deewar delivers so well is because of how well the two leads fit their characters. Sajal Aly, in particular, stuns in her portrayal of Sarah. While the character is a 19-year-old, Aly looks young enough to be passed off as a 15-year-old. Her natural face has a huge role to play in the equation but the way Aly expresses herself along with the choice of wardrobe, truly passes her off as a teenager. Ahad Raza Mir, too, fits the character of Vishal well. While some still shots do give away Mir’s actual age, his performance of a teenager is believable, especially the innocence and slight childishness that can be expected of a 19-year-old boy.

Dhoop Ki Deewar truly did get its casting right for each actor fits their character perfectly. Manzar Sehbai and Samina Ahmed as Sarah’s paternal grandparents encapsulate the sense of loss that any parent might feel after losing their child. Their characters are quiet and their grief is hushed, but both senior artists communicate their pain through their teary eyes and defeated tones.

Savera Nadeem and Samiya Mumtaz as Sarah and Vishal’s mothers (respectively) form another beautiful friendship over the phone as the two realize that their pain is similar. Nadeem captures the simplicity of a homemaker while Mumtaz struggles to cope up with her loss even though society expects her to deal with it in a much mature manner. Paras Masroor and Zaib Rehman deliver their best as they represent Indian characters in the series. Masroor plays the role of Vishal’s greedy uncle whose sole interest lies in the property owned by Vishal’s grandmother (played by Zaib Rehman). While Masroor adapts well to his character with his body language and accent, Rehman truly looks her part and transitions smoothly from a coldhearted individual to a helpless mother.

While it is true that Dhoop Ki Deewar cannot be reduced down to a love story, viewers cannot help but root for Sarah and Vishal to fall in love with one another. While a love like theirs is forbidden on multiple grounds in the world we live in, the subtle romance between the two leaves audiences wishing for something they know is not possible. Divided by religion, history and physical distance, Sarah and Vishal keep us hopeful beyond logic.

The soundtrack of the series, beautifully sung by Bilal Saeed and Mehr Tahir, further conveys the pain of being physically away from our loved ones. As audiences await the final episode, the possibility of Sarah and Vishal being united looks bleak, and yet, the show makes us hold our breaths for an ending we know we will not get. Directed by Haseeb Hasan and produced by Group M, Dhoop Ki Deewar was certainly worth the wait. Bilal Ghouri also deserves to be acknowledged for his editing, specially the way the video calls have been edited in the show.

The series by Umera Ahmed comes as a reminder of all that Pakistanis and Indians have in common. Dhoop Ki Deewar comes at a time when humans need to practice compassion and kindness more than ever. In fact, the show makes us wonder why it could not have aired on a local platform. Are we not ready to facilitate narratives of love and peace? Do we not want to acknowledge all that we share with our neighbours and write our own history?