Love her or hate her, you can't deny we're overdoing it 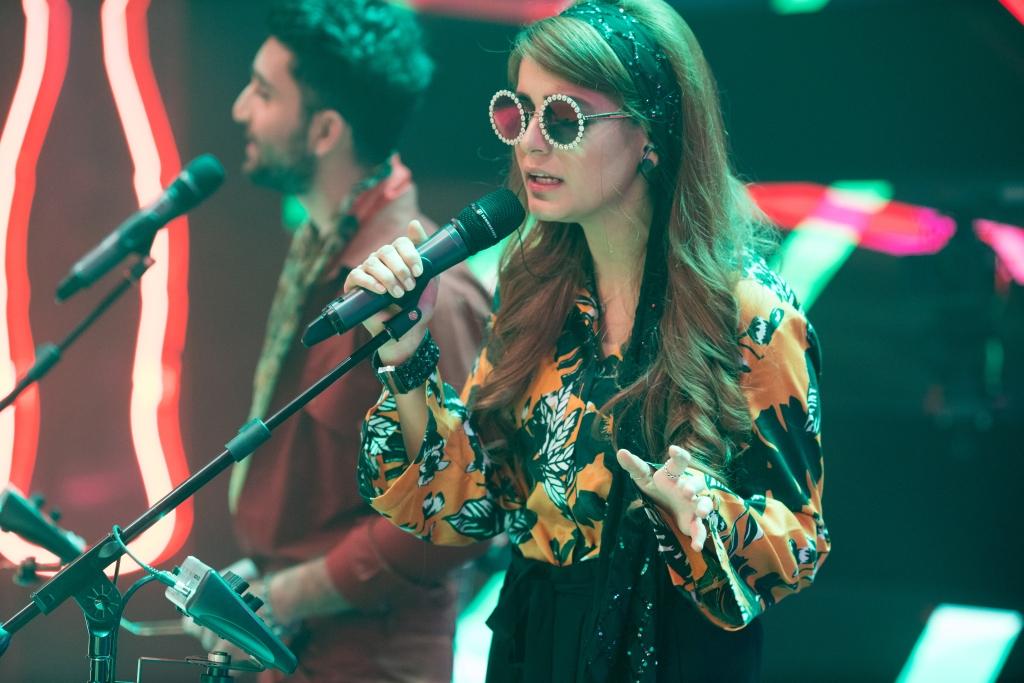 KARACHI: In 2016, a relatively unknown singer shot to unprecedented levels of fame when she collaborated with Rahat Fateh Ali Khan to sing a cover of Nusrat Fateh Ali Khan’s Afreen Afreen on Coke Studio Season 9.

Momina Mustehsan instantly became viral. ‘Who is she?’, ‘Where has she been hiding all this time?’, ‘What a beautiful face’; these were the comments that started pouring in. Suddenly, all eyes were on Mustehsan and everything she did. Even her brothers were being stalked online; she got engaged and everyone was talking about it; she made comments on Qandeel Baloch, refused to answer a question on feminism and then went on to do a video for UN Women’s Beat Me campaign – all these decisions were scrutinised, addressed and discussed in great detail.

Read: Millions of views are being bought but our songs have no soul: Umair Jaswal

That’s how fickle social media stardom is. The way it takes a lucky appearance in a song to make it big, it also takes an unlucky appearance in another song to have it all crash down in front of you. The latest storm enveloping Mustehsan proves exactly that. Her appearance in Ko Ko Korina‘s remake alongside Ahad Raza Mir received mostly negative reviews, which included personal comments, memes and other jokes on the Twitterverse.

But things took an ugly turn when Minister for Human Rights Shireen Mazari tweeted her displeasure towards the song as well, and Mustehsan shot back.

Horrendous! Destroyed a great classic – why oh why did Coke Studio allow such a massacre of this classic song? https://t.co/Iq5gfCPYcr

Apologies for hurting ur sentiments. It is ur right to judge us & express ur outrage,just like it was our right to exercise our #FreedomOfExpression. As our Minister of #HumanRights, u should appreciate @cokestudio for allowing us to express ourselves, esp if it was horrendous 🙂 https://t.co/OkYdSE0jCz

Unfortunately, it didn’t end there. Mazari responded that she had simply tweeted her personal opinion and her ministry had nothing to do with it, and Mustehsan clapped back, saying, “In a time when we’re trying to curb cyber-bullying and hate speech, please don’t fuel it further.”

Perhaps it was this comment that made matters go from bad to worse. Hate started pouring in from all corners, with several seasoned journalists and politicians defending Mazari’s right to express her personal opinion, while asking Mustehsan not to trivialise the issue of cyber-bullying. Valid point, but others on social media weren’t as kind. They started dishing out hate speech and actually began to cyber-bully Mustehsan, by making personal and threatening comments. So much so, Mustehsan began trending on Twitter.

Momina is the Pakistani version of Alia Bhatt. Empty headed unable to deal with critique of her work, voicing half-baked thoughts to vindicate herself by playing the victim. She has no idea what cyber bullying actually is. #MominaMazari #ShireenMazari #mominamustehsan

Keep in mind that Mustehsan is a young twenty-something pop icon who has on several occasions discussed her struggle with depression and mental health, a matter that should not be taken lightly and isn’t in other parts of the world – global stars such as Selena Gomez and Demi Lovato have checked into rehabilitation centers to treat their mental health problems. Similarly, former boy band member Zayn Malik has had to cancel his concerts due to an anxiety attack right before the scheduled shows.

Further, our society’s double standards can be seen with the way Mustehsan’s comments have been blown out of proportion as when Mir finally responded to the controversy and tweeted similar things to Mazari, people barely noticed.

I am also pleansantly surpired that the minister of human rights noticed out attempt, although she did not have very nice things to say, I'm still happy she noticed.
Just a peice of advice: better choice of words next time Ms. Minister.

Ms. Minister you represent a party that wants to bring change, supports youth and new ideas in Pakistan. The reach and duty of Human Rights promotes a caring approach to life. Dont "massacre" its meaning. You represent human rights in our country. Think about what that means.

Why is all the hate directed toward Mustehsan while Mir is barely a footnote in this whole saga? Patriarchy holds women to a higher standard than men for everything – their work and their words are only accepted when they’re close to perfect.

We love to hate her, we hate to love her, Momina Mustehsan is simply another Pakistani woman who is scrutinised way too much. Several lessons can be learnt in this whole debacle: we sincerely hope that Mustehsan learns to take criticism and also understands when to tune out when the words become unnecessarily hateful.