Singer talks about how 'cover culture' is destroying the music industry 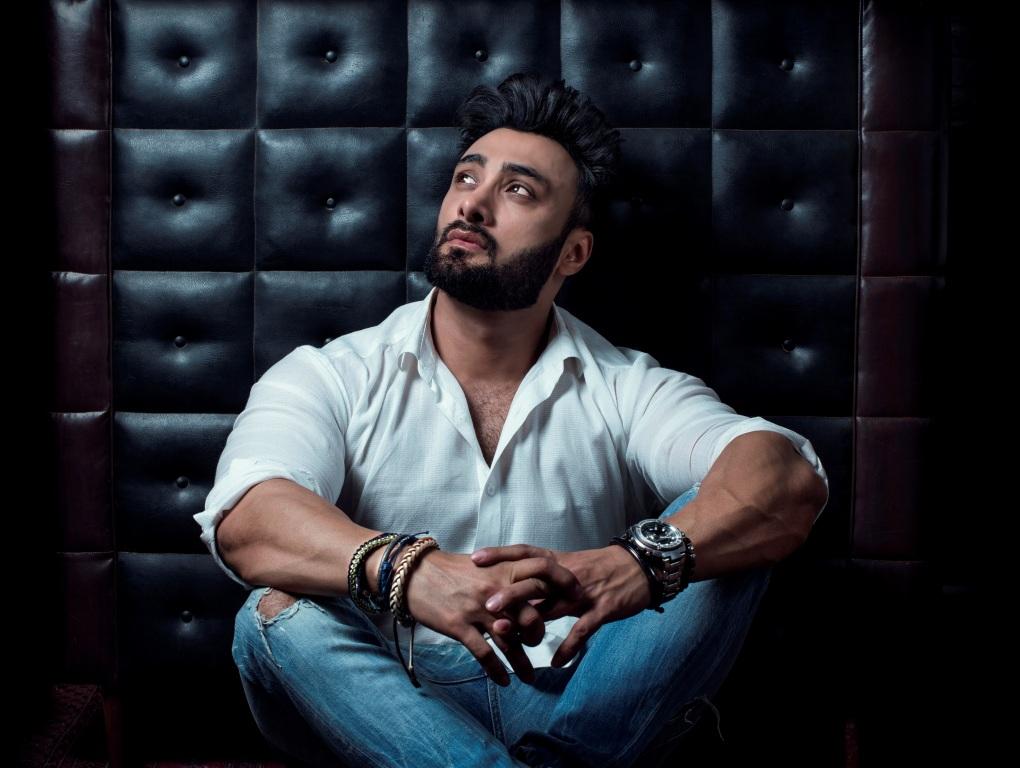 KARACHI: After being away from the limelight since a while, Umair Jaswal is back with a new album and a promise to do things a little differently. Following the release of his first song, Na Rahoon from his solo album titled Umair Jaswal, the singer talks to Cutacut about where he’s been these last couple of months and what he’s learnt in that time.

“I had taken a break because I couldn’t channel my thoughts clearly. When I write, I need solitude because writing is a personal and painful process,” he says. Between all the back-to-back concerts, branded projects and acting gigs, Umair couldn’t find the time to create a new sound.

With his new album, which will be released in November, Umair is applying some new formulas to his work. For instance, one thing Umair is mindful of now is that he’s writing for millennials who have shorter attention spans and don’t like listening to very lengthy compositions. “Another thing you’ll notice in my songwriting is that during my Qayaas days, I was younger and louder. Now, the songs sound dated, on purpose. While I don’t want to follow any particular genre, my music is much more mature now and it’s a lot about me and my journey,” he elaborated.

Back at the studio again. Stay tuned, more music coming out soon ✌🏼

But what else has Umair figured out in his time off? “Before this album, I had reached a point where I had gotten so sick of playing the same songs I’ve been playing for years. I had also gotten sick of brands,” he lamented.

Anyone following music in Pakistan would know about the various branded music shows that have cropped up in the last couple of years. Pepsi Battle of the Bands returned last year after a 12 year hiatus and is all geared up for the third season, Coke Studio has been around for a little over a decade, Cornetto Pop Rock is three seasons strong, we’ve seen Nescafe Basement and Uth Records in the past; we’ve even seen Strepsils Stereo giving music a shot. While all platforms differ from each other in the way that music is being made, one thing they all have in common is the remixing of old, classic songs. In short, they all produce covers.

Many would say that this is now becoming a problem, considering that many mainstream musicians are finding it difficult to write memorable, original music nowadays. “We messed up,” he admits. “We’ve taught the new generation to just do cover songs and become instant stars. That’s what these branded gigs are doing. They’re making stars, who have no original music to sing on stage, instead of making artists.”

Umair is also of the opinion that because of the ‘cover culture’, all our music is starting to sound the same. “Look at all these songs that have millions and millions of views. If these songs are such ‘hits’ then why aren’t they memorable? Millions of views have been bought but our songs have no soul.” These branded shows also make it difficult for other musicians to compete with the brands and their extravagant budgets. Therefore the only kind of music that is easily visible and available is branded music.

Umair of course takes some responsibility for this, having appeared in some branded music shows himself. “We just gave them our music and agreed to their terms.”

This plight sounds very similar to the way older musicians hold record labels responsible for the failure of the music industry post 2007-2008. After witnessing a boom in music in the early 2000’s, due to then president Pervez Musharraf’s decision to open up privately owned TV channels, the industry started to see a decline after being manipulated by record labels and losing out on a lot of money and opportunities. The industry also suffered at the hands of terrorism that had started to seep in the country back then.

“You can’t completely hold musicians responsible for this outcome because not all artists are privileged enough to have a roof over their head and a steady income. A majority of musicians have day jobs so that they can support their music. Recently, a fan complained to me that musicians haven’t been faithful to their fans and all great bands of Pakistan (such as Junoon, EP, Jal) broke up to pursue solo careers. My question is, how faithful are the fans? Are our fans willing to pay for our music? They all want free downloads and free tickets. How are musicians supposed to make money?”

It felt great performing my new single at an exclusive live performance for @cityfm89. If you haven't listened to my new single #NaRahoon yet, head over to my YouTube channel and give it a look. Link is in the bio 😁

All is not lost though, of course. Umair says things are looking up for brands and the way they make music since a younger crop of executives are now joining the workforce and are more open to listening to musicians and trusting their creative aesthetic. Does this mean Umair will still be visible in branded shows? “Yes but this time, I won’t let anyone tell me how to write my music.”

Another small but necessary step that Umair is taking is encouraging budding musicians to perform cover songs when they open shows for him. “I don’t care who performs before me at my concerts, as long as they are singing original songs and not some Bollywood covers like London Thumakda. My brothers and I also run a cafe in Islamabad where we allow upcoming musicians to perform without charging them a fee. We’re taking baby steps.”

Jaswal’s decision to make an album in these trying times is a step in the right direction. Na Rahoon is out now while the second song will be released in August.