Team Parizaad reflects on how the drama came to life 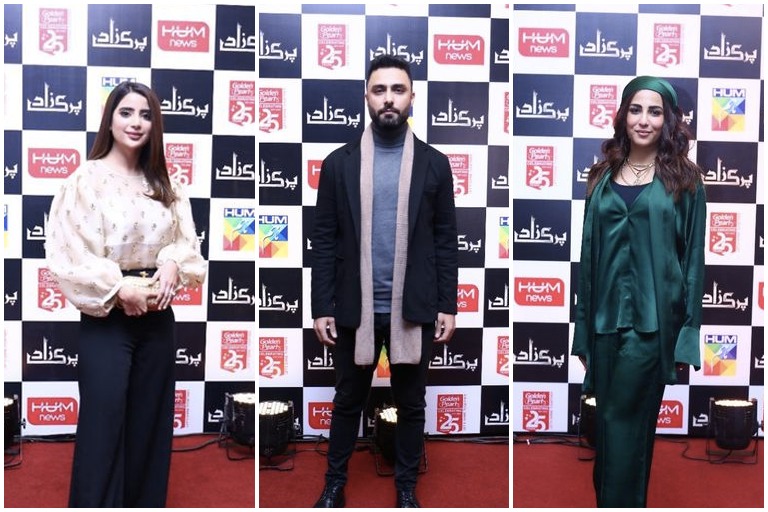 KARACHI: Drama serial Parizaad went on to become popular ever since it went on air last year. In particular, Ahmed Ali Akbar, who played the titular role of Parizaad, garnered widespread praise. However, somewhere in between, the drama lost its charm before picking up again. With the last episode on air now, Parizaad has won hearts once again. A special screening of the final episode days before it aired on TV took place at Universal Cinemas, Lahore, followed by a press conference where the cast and crew shared their experiences.

“There was no reason to not do this role,” Saboor Aly, who played the very unconventional Bubbly Badmash, shared during the press conference. “It was a great opportunity for me to work with such a good team.”

Director Shahzad Kashmiri shared that more than a single character, the entire script was important for him. The casting and scripting, on the other hand, was finalized by producer Momina Duraid.

Ushna Shah, who played the integral role of Naheed, shared how “Naheed has become a separate entity for fans and Ushna Shah is a different person.”

Another fan favorite, Noman Ijaz, who leaves no opportunity to amaze viewers, was also present at the occasion. “This drama has proved that it is not important for the hero to be beautiful,” he shared, a view the audience thoroughly appreciated. “He [Ahmed] did a phenomenal job; talent always wins.”

He went on to share that the team matters the most and team Parizaad worked very hard which also reflected on screen.

Producer Momina Duraid also weighed in on why it is important to make dramas like Parizaad. She explained, “I feel, the success of Parizaad is the success of our audience as well as our industry. Parizaad proved it wrong that our audience only wants to watch a certain kind of dramas and are not ready for intelligent content.”

She further recalled how challenging it was to pitch a character like Parizaad to any artist. She added, “Ahmed fell in love with the writing and the character.”

Star of the show, Ahmed Ali Akbar, who has set the bar high with his portrayal of Parizaad, also shared his views after the screening of the last episode. He was overwhelmed with how the crowd in attendance was going crazy after him, to get a selfie with him and more.

“I was very scared when I was offered this role…I wasn’t able to see myself that way,” Ahmed began.

Ahmed shared that he had initially refused the role, only to finish reading the script four months later in tears. “This was the first time I cried after reading something…I connected so much with the character that I knew I had to do this even then I was a little hesitant.”

“I’m proud of the audiences who made this a success and thankful to all those who believed in me because I didn’t believe in myself.” On a parting note, Ahmed added that he is touched by all the love, support and prayers he has gotten.