The best of Pakistani music in 2022 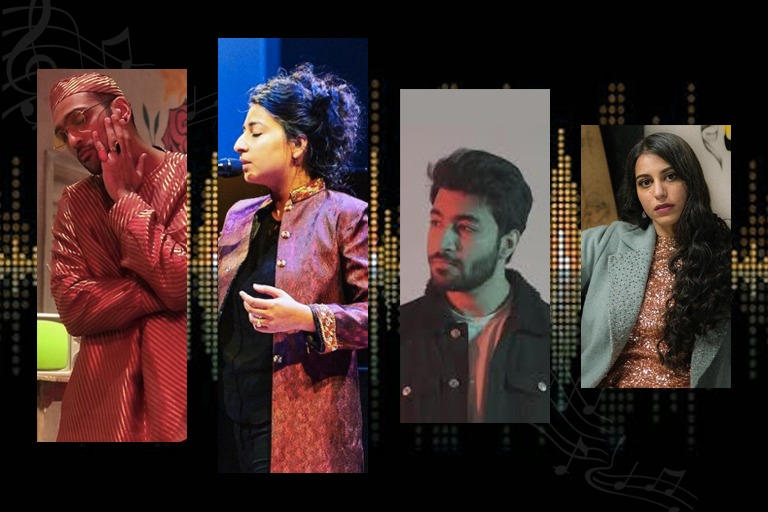 KARACHI: 2022 has been quite the year for the revival of the music industry in Pakistan. From bagging the most prestigious awards to featuring in one of the most popular shows in Hollywood to discovering new talent, it seemed as though the sky was the limit for our musicians. Here is a walk down memory lane of the best Pakistani music of 2022!

Aftab’s song ‘Mohabbat’ was featured on her third album Vulture Prince and was a commercial success, even featuring on Barack Obama’s summer playlist. It also made Arooj Aftab the first Pakistani woman to be nominated for two Grammy Awards and to have won one. But the Brooklyn based Pakistani composer wasn’t going to stop just there. Aftab went on to earn yet another Grammy nomination for her track ‘Udhero Na’.

Up until 2022, a vacuum began to make a place for itself in the Pakistani music scene. There was a gap between musicians from the previous generation and the kind of songs the new generation preferred to listen to. And then came Xulfi and Abdullah Siddiqui who bridged the gap with season 14 of Coke Studio. It’s hard to choose just which track from the season was our favorite but then again, who said it has to be just one?

Between rock anthems such as ‘Yeh Duniya’ and rap singers such as Talha Anjum, Eva B and Faris Shafi getting the proper stage they always deserved, it also put regional languages in the limelight with the Balochi track ‘Kana Yaari’ and the Punjabi ‘Pasoori’. But Coke studio also paid homage to some of our more established singers like Abida Parveen and Naseebo Lal and let them work their magic as they have been all these years allowing the younger audiences to appreciate our established art.

Coke Studio was such an incredible success that the tracks ultimately featured on an international platform as the critically acclaimed Ms.Marvel went on air and included several tracks from the latest season.

Hasan Raheem had quite the fan following before he made his way onto Coke Studio. Popular with the younger generation, his distinctive mumble and laid back dance moves, all made him a force to be reckoned with. And so, featuring him on the new season was a no brainer.

‘Peechay Hutt’ featured The Justin Bibis and Talal Qureshi along side Raheem and it didn’t take too long for the song to become the pop anthem of the year. A mixture of Urdu and Gen Z English, the song was unique and with a little bit of Hasan Raheem magic, it grew on all of us! Play the song, turn the music up and everyone will start singing along!

Coke Studio season 14 proved just how catchy Pakistani Balochi music can be with ‘Kana Yaari’ courtesy of Eva B, Kaifi Khalil, and Wahab Bugti. So much so, it caught on with Norwegian dance group Quick Style and soon it became Pakistani music dance number of 2022 thus paving the way for one of the best crossovers of the year!

The most hummed song of the year

Ali Sethi and new comer Shae Gill produced yet another mega hit of the year. Between the beat and the meaningful lyrics, it was hard not to fall in love with ‘Pasoori’! And it got the due attention world wide, becoming the most Googled song of the year beating BTS’ hit ‘Butter’ and Aditya A’s viral hit ‘Chaand Baaliyan’.

It also ranked as the most hummed tune of 2022! Add a Nigerian remix to the mix and you best believe the hype is real!

Natasha Noorani makes it to Forbes

Natasha Noorani is no stranger to the Pakistani music scene but it seems as though 2022 is her year! The artist is known to have been the driving force behind the hugely popular music festival Lahore Music Meet and has collaborated with artists such as Strings and Abdullah Siddiqui. Her most recent collaboration with Hasan Raheem, 'Faltu Pyaar' launched her back to the limelight and into our playlists.

But perhaps the most exciting part of 2022 for Noorani’s fans is the fact she got the recognition she deserves and was featured in Forbes! The article calls her, “A key player in Pakistan’s rising new sound of music” and talks about her new album, the evaluation of the Pakistani music industry as well as the areas that still need fixing! Needless to say, we cannot wait for her new album RONAQ.

While for many, Coke Studio was a permanent fixture on their playlists, there was still room for brand new talent. After months of staying on top of the Spotify Pakistan top 10, ‘Pasoori’ was finally dethroned and that too by fresh talent!

Abdul Hannan and Rovalio’s heartbreak anthem ‘Bikhra’ became one of the most played songs in Pakistan allowing the new singer a platform to showcase his talent. And it didn’t take long for Abdul Hannan to change tunes and produce a love song that said everything a girl wanted to hear in ‘Iraaday’.

Needless to say, the singer is definitely not one to miss!

2022 has, without a doubt, been the year for Pakistani artists! And it will only be better from here onwards!

Ali Sethi is winning the Internet with his Iive Instagram videos