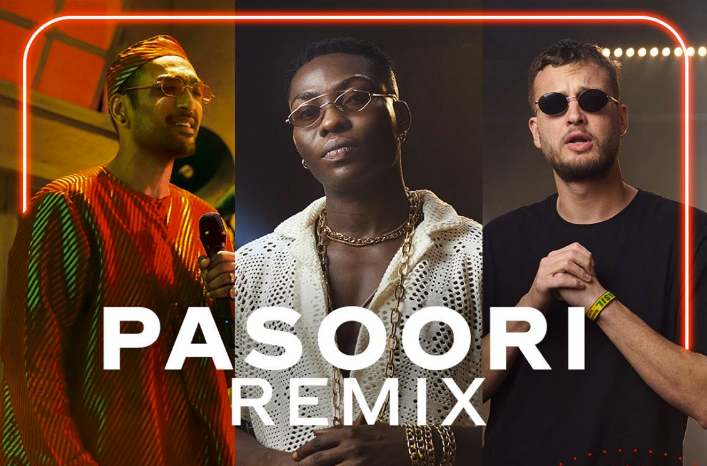 KARACHI: Coke Studio season 14 was one of the most popular seasons in the show’s history and for good reason too. With an impressive line up, there was no way producer Xulfi could go wrong. ‘Pasoori’ is an example of just that. Sung by Ali Sethi and Shae Gill, the song was popular at home and abroad. From Bollywood star Alia Bhatt calling it one of her favorite songs to featuring on the Ms. Marvel soundtrack and with over 330 million views on YouTube it seemed as though things could not get better for the song. Until it did. Turns out a ‘Pasoori’ remix is all that was missing!

The ‘Pasoori’ remix is part of the Coke Studio Africa line up. It features the Nigerian Afrobeats, fore fronted by artists Marwan Moussa and Reekado Banks and is in collaboration with Sethi. While the song is a remix of the original, it is quite different mainly due to the African feel to it. The song begins with Ali Sethi singing the ever popular verse from the original song. However, even the original lyrics are sung in a much more different way than when it was sung for the Pakistani Coke Studio. And as the song continues it includes rap and an Egyptian touch to it courtesy rapper Moussa and singer Banks.

Ali Sethi took to Instagram to share the news of the ‘Pasoori’ remix and wrote, “Can’t describe my elation — to see this little tune of mine become a whole new song.” However, the response to the remix has varied. While some enjoyed the new version, others felt that nothing could compare to the original which they dubbed as a masterpiece.

Ali Sethi is winning the Internet with his Iive Instagram videos