Our favorite picks from Coke Studio 14 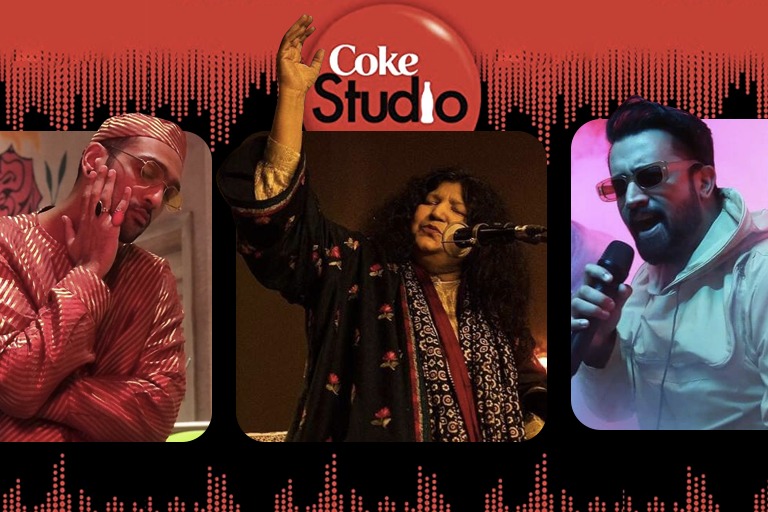 KARACHI: Last night marked the end of an incredible season of Coke Studio. Over the course of the last three months, music producers Xulfi and Abdullah Siddiqui churned out hit after hit. Each week proved to be better than the last and the songs are still on repeat for most listeners. The songs spanned across different genres and themes and had a diverse audience. From the 13 songs of the season, here are our favorite picks from Coke Studio 14.

Tu Jhoom kickstarted Coke Studio 14 and immediately set the tone for what was in store for us with the new season. Xulfi and Abdullah Siddiqui proved they were not afraid of taking risks when they paired Sufi singer Abida Parveen with folk singer Naseebo Lal. The lyrics, the composition and the two powerhouse vocalists touched our hearts in the best way possible.

‘Tu Jhoom’ also hinted at changes made in the new season. While the vocals played an important role, season 14 focused on visuals as well which added greater effect to the songs.

Many people were quick to assume that with Coke Studio 14 starting off on a such a high, it would be hard to match the level of ‘Tu Jhoom’. However, the second song of the season ‘Kana Yaari’ silenced the naysayers.

‘Kana Yaari’ was testament of how the new season was all about inclusivity in terms of language and genre. The upbeat Balochi song with Balochi rap courtesy Kaifi Khalil and Eva B coupled with the folk song touch with Abdul Wahab Bugti, soon had everyone singing along to it and making an effort to understand the lyrics and the meaning behind the song. The song itself has a deeper meaning attached to it. It speaks of love and betrayal and of relationships that did not last, something a lot of people can relate to.

It would be criminal to not include ‘Pasoori' in the list. The song has hit over 1 million views and is still the talk of the town.

The Punjabi song has all the elements needed to draw people in. The gentle rhythm and melody will take you to a happy place all while telling the tale of heartache and frustration. The quirky beat drops, the heartache and the shade in the lyrics, the magic in Sethi and Gill’s voice and all that is happening the background, makes the song hard to forget which makes it so great!

Coke Studio 14 has been all about drawing the younger generation into the Pakistani music scene and what better way than to have heartthrob Hasan Raheem on board?

There is so much to love about 'Peechay Hutt'. The song plays along the lines of a dance revolution of sorts with the techno music beat courtesy Talal Qureshi which is set against Hasan Raheem’s distinctive mumble. The pleasant surprise for the video was the chorus by Justin Bibis who showed so much character and an impressive vocal range. The music video with its arcade game intro, Raheem’s dance moves and fun set will definitely get you moving to the beat!

With musical genius Abdullah Siddiqui serving as associate producer for the season, we could not help but hope he would bless us with the sound of his smooth as silk voice in the new season. And he did just that and one better by collaborating with Atif Aslam!

‘Go' is the perfect mix of English and Urdu and tells the story of discovering yourself and your strengths. The ballad is powerful and Siddiqui and Aslam’s voices are set against a dreamy landscape background which adds the soft touch that the song speaks about.

Needless to say, we are all going to miss Coke Studio 14 and cannot wait to see what the next season has in store for us!