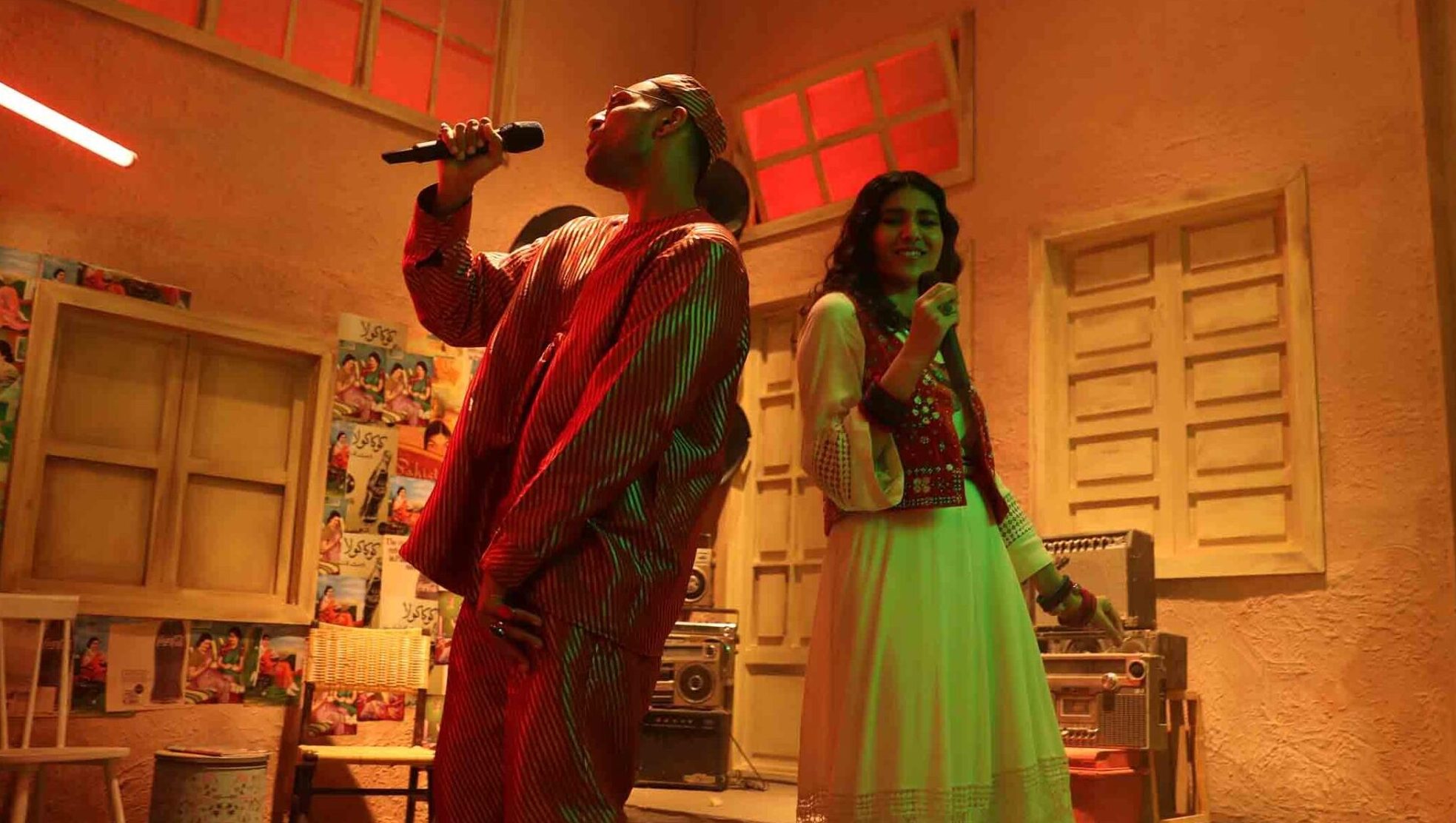 KARACHI: Coke Studio Season 14 has landed yet another banger with “Pasoori” featuring Ali Sethi and Shae Gill. The song has garnered the fastest one million views of the season and the story behind it is equally interesting.

While “Pasoori”, with its gentle rhythm ad melody will take you to a happy place, the message of this folky tune however, was borne from frustration. Although performed for Coke Studio, Ali Sethi had begun writing “Pasoori” much earlier, at a time when local performers were barred from working across the border. Turning angst into art, he wrote two lines of the song – one inspired by the need to celebrate artistic self-expression, and the other a fun quote he had seen on the back of a Pakistani lorry. Though Sethi later revealed, “We hadn’t finished writing lyrics until 12 hours before the shoot.”

The song is a call to the artist in all of us and is about accepting who you are and expressing it; even if it scares you. Production Designer Hashim Ali creates a communal space where artists can celebrate every dimension of humanity – not just through ethnicity, but also through variety in emotion, style and spirituality. This season of Coke Studio and “Pasoori” in particular, is a true mix of cultural influences, from its reggaeton-inspired beat to the inflections of the Rubab.

Sethi’s classically-trained vocal range combines beautifully with Shae Gill’s honeyed texture. “Pasoori”, according to Associate Music Producer Abdullah Siddiqui, is of “a groundbreaking new hybrid genre, one of the most modern tracks of the season”. Even the styling has a lot of thought put into it. Everyone looks bohemian, glamorous and ethnically ambiguous, and that’s the point. This is Pakistan as it is today: aware of its traditions, but also looking miles ahead into the horizon.