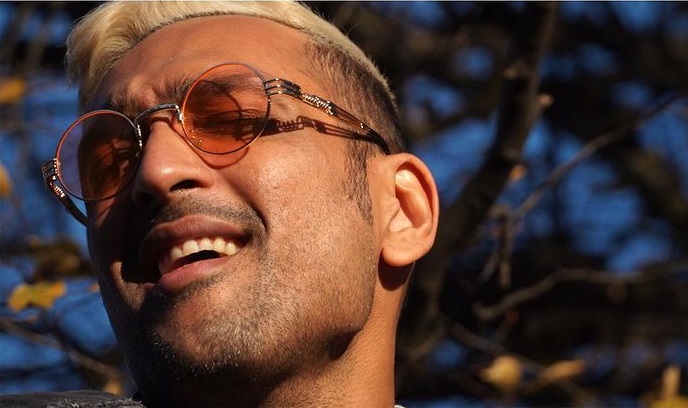 KARACHI: Known for his bold sense of style, his wit, and most importantly his music, Ali Sethi is back with another creation to top the charts when it comes to Pakistani songs. The singer has recently released a thoughtful rendition titled ‘Mere Aur Hein Iraaday’.

The repetitive metronome doesn’t for a second get old because Sethi keeps renewing the next second with his voice. The harmonium beautifully compliments his eastern voice. While the music remains simple and easy to take in, Ali Sethi puts in improvisation through the twist and turns of alap, something that has been a signature for most of his songs. The improvisation in the melody with this strategy remains fresh and takes the listener by surprise. It also helps create the mood and fully delve into the music.

While the official video is just a picture of Ali Sethi going through glitches, it places priority solely on the music. The glitches also go hand-in-hand with the music, especially “Ya jaza dey ya saza dey” (either reward me or punish me) and “Mere ashiyan mein kya hai? Mera ashiyan jala dey. Mein chaman mein khush nahi hun. Mere aur hein iraaday.” (What is left of my abode. Burn it down. I’m not happy in the gardens, I now have other plans.)

Seems to us that the lyrics depict a perpetual state of confusion a person stays in. The distinction between wrong and right is often only understood through rewards and punishments.

We have mostly seen Ali Sethi producing songs using string instruments in the past. EDM is a new feat even for him, and that too, a successful one with comments pouring in his favor.

While most fans reveled in the magic of his voice, some of them even stated that his music is like a drug that one cannot withdraw from.

Bro kaavish and ali sethi,i can't quit on both,i feel happy when they make me sad😂

ali sethi’s music honestly sounds like mixing cream in a coffee you get me?