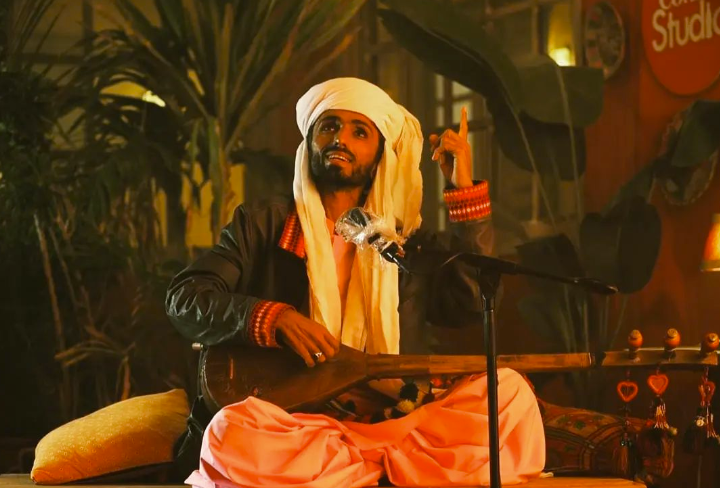 KARACHI: Climate change is no joke. The effects of unprecedented torrential rain was felt across the urban cities of Pakistan and so it is not difficult to imagine the devastation the rains have wreaked in less developed parts of the country. The National Disaster Management Authority (NDMA) says since the beginning of the monsoon season in mid-June this year, more than 650 people have died across the country and hundreds of thousands of people have been displaced and the worst hit place is Balochistan. However, this isn’t new news and recently became more real when we were able to put a face to the victims of the floods. Wahab Bugti, a man whose name and pictures have been making rounds on social media, rose to fame after he featured on Coke Studio season 14. Now, he is homeless.

The news began circulating over social media that Wahab Ali Bugti, the 'Kana Yaari' singer, is spending nights without a roof along with his family after floods washed away his mud house in Naseer Abad, Balochistan. The shocking news was confirmed by Kaifi Khalil who also featured on the Coke Studio track who appealed to his fans to help out in any way possible. Sharing the picture of the desolate looking Bugti, he asked for help from, “Whoever, in whatever capacity, however way possible.” 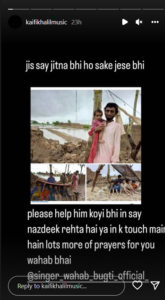 Many took to social media to demand that Coke Studio should use their platform to help Wahab Bugti as well.

Coke Studio should do everything and anything for Wahab Bugti’s care and displacement. They don’t give artists royalties, just a straight up fee, and make millions out of their work and virality. Time to live up to the Sound of the Nation slogan.#WahabBugti

And that is exactly what happened. Xulfi, who produced Coke Studio season 14 assured fans that, “We are and will continue to be with Wahab Bugti Sahib and his loved ones to help overcome the difficult situation. Rest assured, he is being given all possible support on ground.”

We are and will continue to be with Wahab Bugti Sahib and his loved ones to help overcome the difficult situation. Rest assured, he is being given all possible support on ground.#cokestudiofamily

Others also took to social media to share Bugti’s details that would allow people to donate as much as possible to help him out.

This is Wahab Bugti’s Bank Acount.

However, unfortunately Wahab Bugti is not the only victim of the floods and Coke Studio can only offer so much support. There are other organizations that are helping in raising funds for the victims of the Balochistan floods while there are also people doing the same on individual level.

People of Rajanpur & Waseeb need your aid.
They are looking forward to their brothers and sisters.
One kind act of yours can send a sense of caring for the flood affectees.

Hello folks! Sharing the GoFundMe link for people who live abroad and would like to help us buy tents and ration for Jafarabad, Balochistan. Please share this with friends who would like to donate! https://t.co/27eeFBcmBE