SPOOF: What it takes to create a successful TV drama in Pakistan 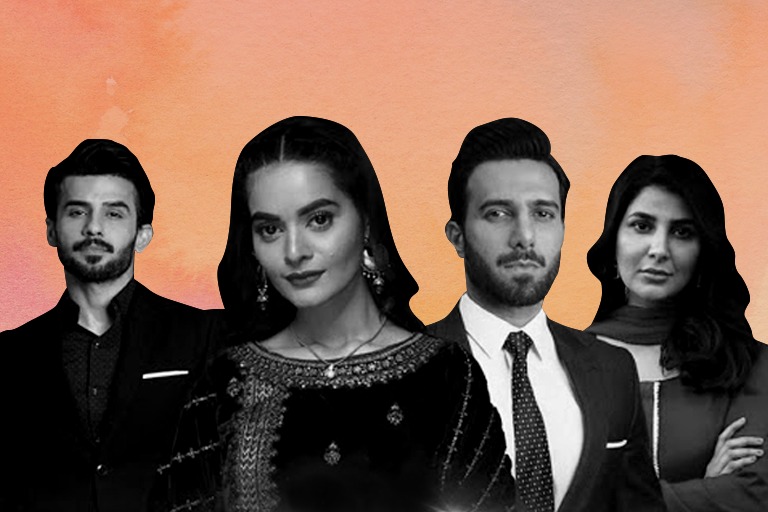 KARACHI: The drama industry is an important contributor towards the entertainment sector in Pakistan. While Lollywood has been struggling for a while and the current pandemic has made it impossible for films to be released, the drama industry has been producing one project after another. Dramas like Fitrat, Jalan and Nand have specially been doing well with the audiences. However, there seems to be little variation in the storylines that these serials follow. While the quantity of shows has been increasing, the quality of the content produced is not always unique or creative. In case you have no idea what we are talking about, let us run you through some of the key elements which make up a Pakistani drama.

Of course, love and marriage are at the centre of every storyline. For what else could possibly be worth talking about? Why would anyone not want to watch a show based on the sorrows of marriage in a society which is already so obsessed with the institution? Add a love triangle to an already helpless couple and there we have it! A super hit drama serial. Mohabbat Tujhe Alvida has to be the most prominent example of a ridiculous love triangle which could have been avoided entirely. The story starts off with Shafaq and Ulfat getting along just fine and signing a deal of sorts to enter a love triangle but of course, as soon as the two begin to live under the same roof and are married to the same man, they can no longer stand each other. Consequently, Shahan, their husband, finds himself being pulled in opposite directions and at the centre of conflict at all times.

Another example of a love triangle can be found in Geo TV’s Fitrat, which also recently caught PEMRA’s eye for inappropriate content. Featuring Saboor Aly as the antagonist, the story revolves around her character, Faria, and two brothers. Currently married to the younger brother, Faria is now living under the same roof as her ex-husband, the older brother.

Our society loves a helpless woman and our television producers have plenty of those in their dramas. After all, who doesn’t want to see a bechari being accused of things that she never did while she does close to nothing to defend herself. Minal Khan’s role as Rabi in ARY Digital’s Nand is the most apt example. The number of times Rabi says “Jahangir ap mera yaqeen karain” (Jahangir believe me) could itself become a mix tape. Rabi’s character could might as well have been played by an expressionless puppet who sometimes cries on cue. She’s been wrongly accused multiple times, threatened, physically and mentally abused by her husband and in-laws but the audience never sees Rabi stand up for herself.

Fareeha (played by Rabab Hashim) from Qarar follows a similar path. Playing the role of Maya’s (Sanam Jung) cousin, Fareeha time and again falls prey to her cousin’s manipulative tactics. When Maya backs out of a wedding at the last moment, Fareeha is forced to replace her as the bride. Being the obedient daughter that she is, Fareeha assures her uncle that she will do as he says. Even her husband thinks that Fareeha was the reason why he was not able to get married to Maya, but of course, Fareeha is a passive character and a spectator in her own life.

The question is, do these women exist in real life who put up absolutely no fight for themselves? And if they do, does a society like ours need to see such roles on television to further reinforce the idea of an oppressed woman?

A helpless woman almost automatically invites a cunning woman into the picture. Rabi in Nand has her evil sister-in-law to deal with, while Fareeha from Qarar is helpless at the hands of her cousin, Maya. As fate (or the writer) would have it, the cunning woman’s success is directly proportional to how helpless the other character is. The other characters, too, find it easier to believe the former and fall into every trap that she lays out for the rest of them.

Killing a character is the ultimate saving grace (or not) for any Pakistani drama. Whenever a scriptwriter seems to experience a writer’s bloc, a character dies. Accidents, too, are a popular way of moving the plot forward when nothing else seems to be happening in the story but a character’s death is often the steering point. The most absurd death of a character would have to be that of Ali Hamza’s character in Meray Dost Meray Yaar. While the series itself was ridiculously brief and lacked a purpose, the sudden death of a character made absolutely no sense.

Speaking of mainstream dramas, Jalan uses Meenu’s death to move the plot forward. Similarly, Humayun Saeed’s character dies in Meray Paas Tum Ho as if there was no other way for him to exist in the drama.

So, add a helpless woman, a cunning woman, and a love triangle to any story, top it off with at least one dead character, throw in a slap or two and you will have the perfect script for a Pakistani drama!