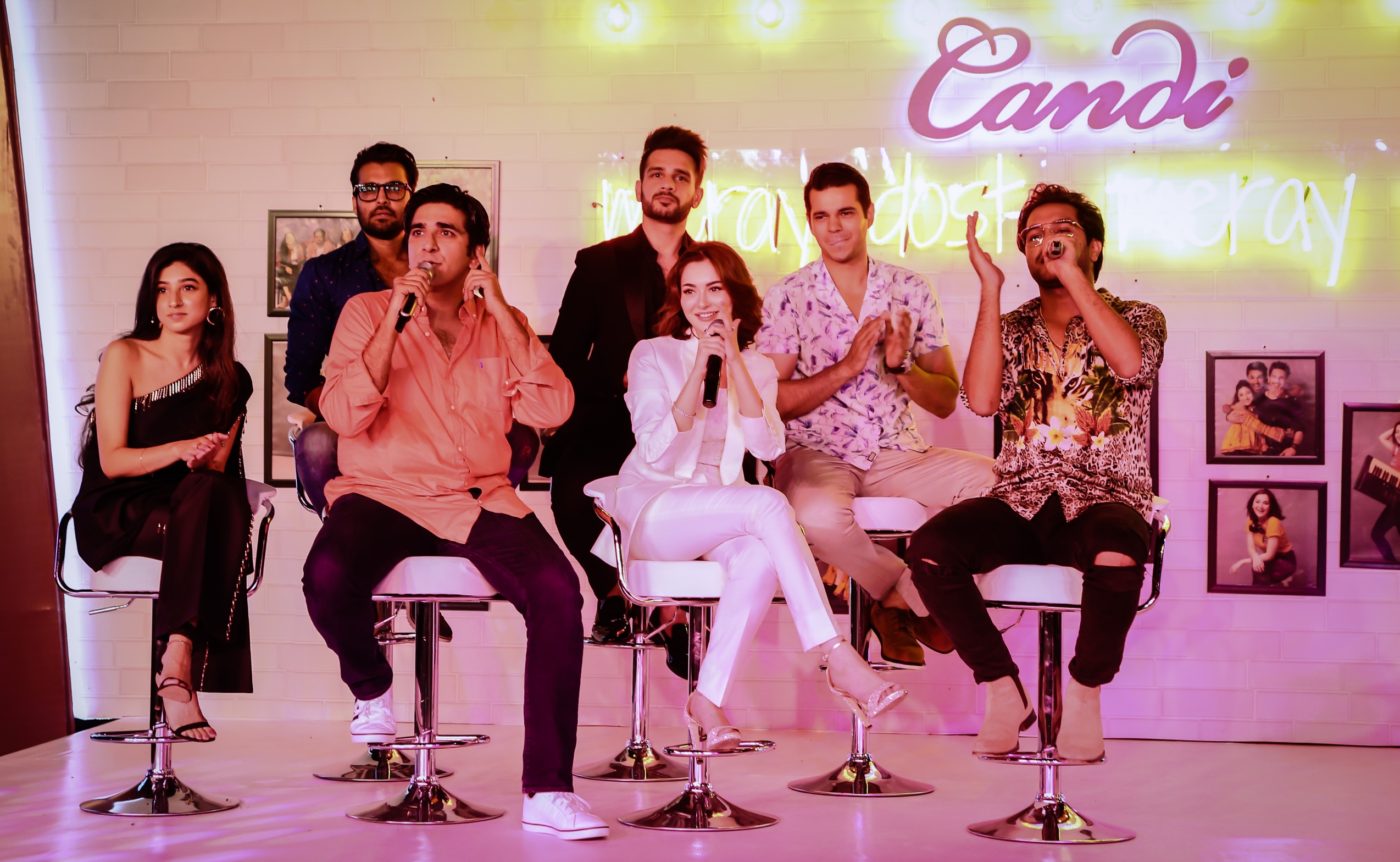 KARACHI: TV series Meray Dost Meray Yaar launched in 2019 and premiered on Geo Entertainment. Featuring Asim Azhar, Syra Yousuf and Haroon Shahid, the series ran on YouTube as well. A second edition was in the works for quite some time. With an ensemble cast, Meray Dost Meray Yaar 2 launched earlier this week amidst a star-studded event. The cast includes Asim Azhar, Hania Amir, Ali Hamza, Usama Khan, Mariyam Nafees, Hamzah Tariq Jamil and Asad Siddiqui. They are certainly a treat to watch together on screen.

Directed by Mehreen Jabbar, the trailer packs quite a punch. It has been shot and cut really well. Given that it is a story about a group of college buddies forming a music band, there is nothing unusual about it. However, the treatment is refreshing. One hopes the series is going to be a pleasant watch as opposed to what we usually see 0n local television.

Meray Dost Meray Yaar 2 marks singer-songwriter Asim Azhar’s debut as a music director. In addition to taking care of the music, the young and dynamic artist also features in the series. As far as the narrative goes, the music band comprising college mates decides to make a comeback. They gather, they produce music but like every college story, there is love, there are fights and then there is aggression. Asad Siddiqui as the aggressive young man pulls it off really well. Meanwhile, Ali Hamza, who has sung one out of five songs in the series, impresses as the professor.

“I don’t think I have worked with such a young cast before,” Mehreen Jabbar, who joined via a zoom call noted during the event. “It was refreshing; I haven’t done a college musical or a college story before. It was all new for me, it was challenging. I thought the theme and the tone of the script was lovely without it being stupid or superficial.”

You'd think this was the reenactment of a piece by Da Vinci, but it's the team of #MerayDostMerayYaar2 admiring @mehreenjabbarofficial's flawless aesthetic 😍 #myfriendsarebetterthanyours

While Mehreen hinted at actors getting late to sets, we witnessed a similar situation at the event too. The event that was scheduled to commence at 7 pm was at least two hours late. Hania Amir showed up around 9:30 pm while everyone waited for her. The event commenced, followed by some chit chat and games before we finally got to watch the trailer post 10 pm.

With the entire cast sitting on stage, we hardly heard anything about their characters or experiences. It was just about Asim Azhar and Hania Amir while Ali Hamza shared his experience with the series too. We missed listening to Asad Siddiqui, Usama Khan and Mariyam Nafees, who all are incredible actors. Host for the night, Ali Ansari, another talented actor, was kind to keep the audience engaged while they waited for Hania to show up.