Of controversy, poor choices and subpar performances: The LSA archetype 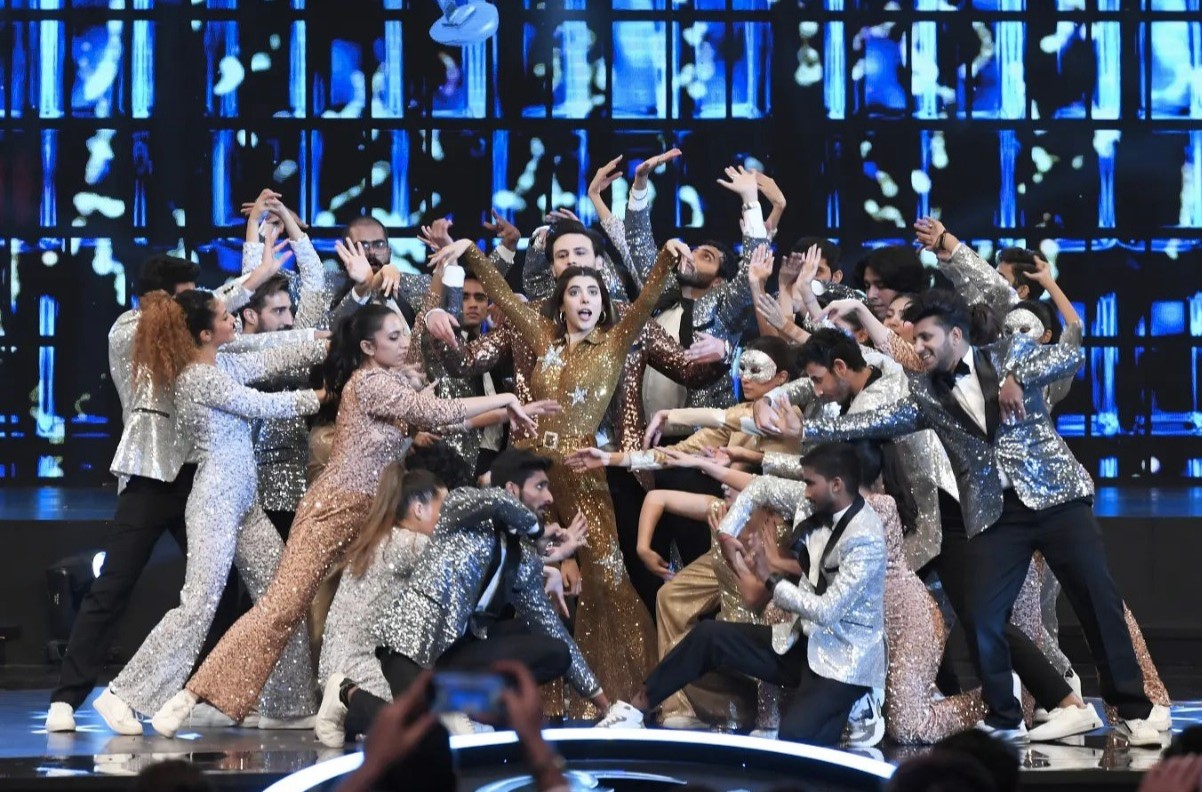 KARACHI: If there is one topic that has recently been spoken about a lot in Pakistan, specially with regard to the entertainment industry, it is domestic violence. With Rabia Anum recently walking out of a show because of Mohsin Abbas Haider's presence to numerous artists standing against Feroze Khan after claims of domestic abuse, one would assume that industry giants would know how to read the room. Lux Style Awards 2022, however, seemed to have missed the warning signs altogether.

The criticism began well over a month prior to the event show. Meesha Shafi, Momina Mustehsan and Natasha Baig, amongst others, expressed disbelief over the fact that no women had been nominated in the music category. While singers like Ali Zafar, who have been at the forefront of controversy and accusations of sexual harassment for years now, were nominated multiple times, women altogether seem to have been ignored. While Natasha Baig did win Best Live Performance at LSA 2022, little made sense otherwise for a brand that is meant for women to overlook the group completely.

As the day of the ceremony grew closer and nominations were announced, yet another ruckus was created. Feroze Khan, amidst recent allegations of domestic violence, was nominated for Best Actor Viewers’ Choice. Following the uproar on social media, award winning filmmaker Sharmeen Obaid Chinoy called out the show for doing a disservice to society and assured that she will be returning her Lifetime Achievement Award which she received in 2012. This should have been enough of a wakeup call for the team at Lux. But instead of choosing to side with oppressed groups, the management simply stated that they have no say in who gets nominated or awarded under the Viewers’ Choice categories. Apparently, the company could not intervene. Even when their own reputation and the safety of the group they claim to represent was on the line.

Aside from the controversy, Lux Style Awards 2022 seemed to have lost their charm in general. The management seemed to be all over the place in more ways than one. Whether it was flying people from one city to another, choosing the hosts or shortlisting performers, nothing seems to have worked out for the team.

While the red carpet was buzzing for a good two hours as celebrities continued to walk in, prominent names were nowhere to be spotted. For once, Lux Style Awards took place without a Mahira Khan performance. There was no Fawad Khan in sight. Sajal Aly, Bilal Abbas Khan and Nabeel Qureshi were not present to receive their awards. There were no Iqra Aziz and Yasir Hussain whose love story seems to have begun from LSA. Much of the Lahore gang itself, including Hania Aamir did not attend. Whether it was because of prior commitments or the recent controversy around LSA, remains a question.

The ceremony itself began with Fahad Mustafa addressing a hall only half full of people accompanied by Dananeer whose first time hosting a show was perhaps not the best start. The duo had little chemistry between themselves and the script failed to amuse the audience. Tabish Hashmi brought his humour on stage for his segment but even Mansha Pasha and Osman Khalid Butt merely brushed over theirs, barely making an impact.

Even when nothing else works out, viewers always look forward to dance performances at award shows. Loud music, bright lights and loads of energy on stage is what brings these shows to life. Except that LSA fell short on this front as well. Humaima Malick paid a tribute to Anjuman Shaheen and while the props and performers’ energy were on point, the fact that the performance was reduced to one song took away from its magic. In the 20 years and nearly 300 films that Anjuman has appeared in, Lux chose to pay a tribute to her with a single song. No montage, no walk down memory lane, no reminder of her star power. Nevermind the fact that each performance was displayed twice since the show was being recorded for television.

Next up was Asim Azhar’s performance. Now, Azhar is known for his stage presence, combined with the fact that his songs are easy to groove and sing along to. The artist has also learned a move or two in order to bring the whole package for his fans. Naturally, this was something to look forward to. But the excitement was short-lived once again as Azhar performed on merely one song. Just as the audience got in the mood to truly enjoy Azhar’s performance on ‘Habibi’, it ended. Making one wonder why the artist could not have been given more screen time? What is the purpose of having popular artists perform when all they are going to be able to deliver is one track? Even more confusing was watching international dancers perform with Azhar. Why did Lux feel the need to include blonde performers for the performance? We weren’t in Dubai or Canada in which case a foreign crew would have made sense. But not when you’re in Lahore. Not for one song.

Perhaps the most disappointing performance of the night was the one featuring Amar Khan, Kinza Hashmi, Urwa Hocane and Osman Khalid Butt. While Butt is known for his dance moves, he somehow failed to bring the same rhythm to LSA, or perhaps it was because each of his dance partners was struggling. Kinza Hashmi seemed lost on the dance floor while Urwa Hocane seemed to only give the routine her 50%.

Which makes one wonder why Lux could not have found better performers for the show? Quick Style was in Pakistan the same weekend and gaining access to them would surely not have been a problem for a giant like Unilever. Even if we were to consider local talent, the likes of Srha Asghar and Rabya Kulsoom are known to have energy that could have lit up the whole Expo. Instead of showcasing a below average performance on a remix of Nazia Hasan’s ‘Ap Jaisa Koi’, why could LSA not have original performances by the very talented Eva B, Hasan Raheem, Abdullah Siddiqui or even Young Stunners who were very much present there? Why not have Bilal Abbas perform at ‘Nayi Soch’ from Khel Khel Mein, a track which won Best Playback Song (Film) the same night?

A post shared by HS Studio by Bilal Saeed (@bilalsaeedphotography)

Was it because these performers were not available or because LSA has been following an archetype for years which it does not want to steer away from? The industry is clearly changing, specially when it comes to young talent in music. Yet, LSA stuck to its comfort zone of routines and remixes like it has for the last several years. It makes one wonder why Lux does not have access to fresh talent or even newer program layouts. For how long will our award shows follow the standard recipe of tributes and remixes? When will new talent get the chance to truly come forward? Or will it never happen because these individuals don’t fit the LSA template?

Now, to address the elephant in the room. Feroze Khan was nominated despite the allegations against him. Not only was he nominated, he also won Best Actor Viewers’ Choice. The biggest irony was that November 25 is International Day of Eliminating Violence Against Women. So as the clock hit midnight and a new day began, LSA handed out an award to Feroze Khan. Nevermind the fact that Ali Zafar had already received his accolade not too long ago. To be fair, it says a lot about us as a society. Half of Twitter was celebrating after Khan’s win. His sister received the award on his behalf with tears of joy in her eyes.

Which makes us wonder: How does Unilever as a whole feel about the latest show? A company that champions gender equality and pledges to fight domestic violence. What about campaigns like Lifebuoy’s Tum Mazboot Ho that encourage women to speak up against abuse? How do two very different schools of thought (or practice) exist under the same umbrella? Does Lux not practice what it preaches, that is strength through beauty for women? Does the brand believe it is irreplicable? Or is it simply not bothered by the likes of Maheen Khan and Sharmeen Obaid returning their accolades in retaliation? Would Lux choose to stand by a couple of men instead of millions of women, who are meant to be their target audience?