In retrospect: Pakistani television in 2020

Despite restrictions placed on the industry because of the pandemic, new genres emerged amid conventional stories 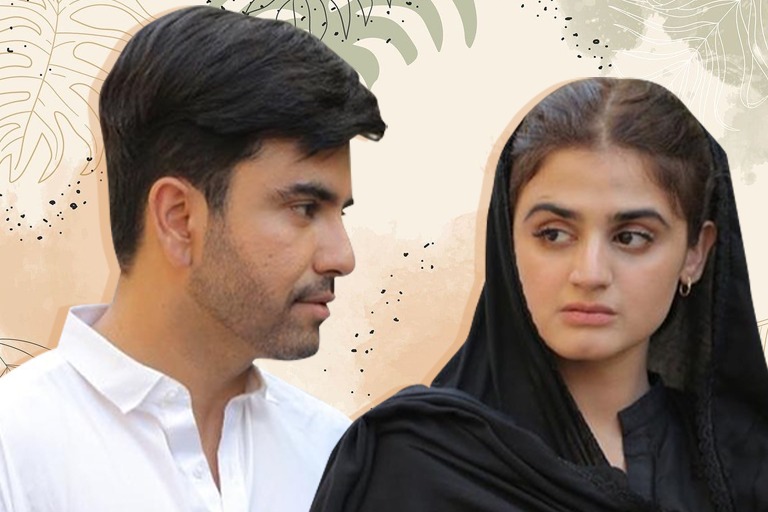 KARACHI: The major defining feature of 2020 remains to be the global pandemic that turned lives upside down. Nonetheless, everybody tried to push the envelope and survive through the toughest times. People at the helm of affairs at TV channels also gave their best to provide audiences with fresh content. Looking back at the year in terms of content, Pakistani TV dramas in 2020 offered some progressive narratives, in addition to a plethora of saas-bahu sagas, love triangles and extra-marital affairs.

The first quarter of 2020 saw Yeh Dil Mera, Alif and Ehd e Wafa coming to an end. With three different genres being explored in the aforementioned projects, they caught one’s attention – not just because of their star power but due to the narratives. Yeh Dil Mera dug into the suspense thriller genre; however, it could not present a smart flow of events. Ahad Raza Mir impressed as the mysterious Aman. Alif dived into spiritual love and how the love of God helps one understand their true calling. Sajal Aly delivered a very strong performance as Momina Sultan opposite Hamza Ali Abbasi who starred as Qalb e Momin. Manzar Sehbai, on the other hand, generated an all-new fan following after effortlessly playing Dada Jaan (Abdul Alaa) in the project. Ehd e Wafa, a story of four friends with Wahaj Ali, Ahad Raza Mir, Ahmed Ali Akbar and Osman Khalid Butt headlining the story, won many hearts. The story was refreshing with strong female characters in the lives of these men.

Dushman e Jaan was an unconventional story that made it to TV this year due to lack of content owing to the pandemic. Featuring the incredibly talented Mohib Mirza, Tooba Siddiqui and Madiha Imam, it was a fast-paced suspense thriller that was received well by audiences. Though it had some glitches, it was out-of-the-box.

Sana Javed -starrer Ruswai managed to handle the issue of sexual assault with the sensitivity it demanded. Directed by Rubina Ashraf, the play touched viewers with Sana delivering her best performance till date. However, it dragged unnecessarily after a point. Kashf, with Hira Mani as the protagonist, stood out because of a different subject at hand. Hira as Kashf becomes the only breadwinner for the family, who use her for their selfish motives. The drama, directed by Danish Nawaz, concluded very realistically, teaching important moral lessons to viewers. Hira and Junaid Khan were effortless in their performances. Muqaddar also broke away from cliched storylines. Featuring Faysal Qureshi and Madiha Imam, it was an engaging watch but it was more of a fantasy. Madiha Imam was promising as Raema while Faysal Qureshi as Saeen Sarkaar won hearts once again. The two came together in a love-hate relationship that turned out to be interesting to watch.

Log Kia Kahenge that is presently on air also takes a unique approach to relationships that are usually looked at in a typical manner. It follows the story of a widow, essayed by Saheefa Jabbar Khattak, who tries to hold fort after her husband commits suicide. Faysal Qureshi as the late husband’s friends extends all the support and encouragement instead of taking advantage of the situation. Hania Amir starrer Dil Ruba attracted attention because of multiple love interests being fooled by the female protagonist. This was unusual but the drama did not have anything fruitful to offer. The morally-relevant Aik Aur Munafiq brought important life lessons to the fore though. Pyar Ke Sadqay was one drama that managed to keep viewers intact from beginning till the end. Though it came to PEMRA’s hit list, it touched upon important issues in a very subtle manner. It was a sweet and sour love story at heart, featuring the much loved Yumna Zaidi and Bilal Abbas. They nailed it as the unconventional Abdullah and Mahjabeen.

Dramas that attempted to break stereotypes really caught our attention for the progressive ideas they presented. Imran Ashraf and Urwa Hocane-starrer Mushk is putting forth multiple strong messages. One major highlight of the drama was when Guddi, a commendable portrayal by Urwa, explained the concept of consent to a man harassing her. Imran is not only winning hearts as Adam but as the writer of the script that is very layered and meaningful. Dil Tanha Tanha that is relatively new is also sending out positive messages. Ali Ansari as the considerate brother supports her sister torn due to a fading marriage; he understands how the situation is affecting her mental health. Faseeh Bari Khan’s script Ghissi Pitti Mohabbat is portraying the true picture of the kind of society we live in. The protagonist, brilliantly portrayed by Ramsha Khan, is unapologetic for her choices. Ali Abbas proves his range as an actor in this drama.

Bikhray Moti shed light on child molestation as well as child marriage that was also dealt with in Mushk. In one of the episode, the drama beautifully explained the concept of self-love for a woman who has been suffering for years and yet she gets nothing in return. She finally decides to put her self first. Ishqiya, that caught attention due to an intense love story featuring Feroze Khan and Ramsha Khan, garnered praise on how it concluded. Also featuring Hania Amir and Gohar Rasheed, it ended on a progressive note with a woman speaking up for her self-respect. Saraab initially landed in controversy due to lead actress Sonya Hussyn’s misinformed take on schizophrenia – the subject at hand. However, it is sensitively handling the issue, with the victim’s love interest, played by Sami Khan, trying to makes sense of her situation and being patient with it. Sabaat followed the lives of two strong women, Miraal (Sarah Khan) and Anaya (Mawra Hocane), in a completely contrasting dynamic to one another. Miraal went on to become one of the most loved character of 2020 while Mawra pulled off Anaya well. Usman Mukhtar as Miraal’s psychiatrist turned heads, as always.

Qasim Ali Mureed’s ongoing project Prem Gali stands above all other plays this year, if one speaks of digging into taboo topics. It not only features divorced women as the protagonists but also digs into issues single, separated and widowed men face in our society. Amidst a budding love story featuring Farhan Saeed and Sohai Ali Abro, the drama beautifully touches on issues that matter. In a recent episode, it spoke of giving rights and respect to the trans community. Saba Hamid as the strong-headed mother is a force to reckon with.

Dramas that generated hype for various reasons but did not offer anything substantial are also on our list. Some of them such as Zebaish, Mohabbat Tujhe Alvida, Dulhan, Jhooti and Qarar hit a new low, to be precise. However, one has to admit that Sonya Hussyn did a remarkable job as Ulfat in Mohabbat Tujhe Alvida. Iqra Aziz and Junaid Khan-starrer Kasak was also probably an old project aired this year but it didn’t make any mark at all. Junaid Khan and Hira Mani starrer Mohabbatein Chahatein is relatively new but it seems to be stuck in a rut too. Jalan, Nand and Fitrat offered conventionally stories but Minal Khan, Faiza Hasan and Saboor Aly, respectively, deserve a pat on their back for their aggressive, intense performances.

New dramas that have just gone on air and are creating the hype include Sana Javed, Bilal Abbas and Noman Ijaz starrer Dunk that deals with the subject of harassment. Given that it explores false accusation of harassment, the drama is receiving mixed feedback for now. Raqs e Bismil, featuring Imran Ashraf and Sarah Khan is also generating hype due to its unconventional setting and characters. Last but not least, bringing together Marina Khan and Syed Mohammad Ahmed, Aulaad is a different watch too as far as local TV is concerned. Though it is on similar lines with Bollywood movie Baghban, it is refreshing as opposed to the obsession with love and marriages that we see on our small screen. Hajra Yamin, Sania Saeed and Rehan Sheikh-starrer Be Adab also looks promising with a subtle and realistic take on marriage, family life and society.

One good thing about local dramas in 2020 was the lack of socially charged narratives that have become done and dusted now. However, there have been several social issues at the heart of multiple stories that dominated the small screen this past year. Besides, some projects including Ramazan special series Chupkay Chupkay could not see the light of the day due to incomplete shoots. It stars Osman Khalid Butt, Ayeza Khan, Mira Sethi and Arslan Naseer (Comics By Arslan), who will be making his acting debut with the series that is now being shot. The third season of Khuda Aur Mohabbat 3 has also been in the works for long and is expected to hit TV screens in 2021. Other anticipated projects include Mohib Mirza and Sana Javed starrer Neeli Zinda Hai, Pehli Si Muhabbat that marks Maya Ali and Sheheryar Munawar’s TV comeback, Ahsan Khan, Neelam Muneer and Amar Khan-starrer Qayamat, in addition to Amanat that will see Imran Abbas, Urwa Hocane and Saboor Aly sharing the screen.

This is a critical analysis of dramas that aired in 2020, watch this space for a commercial take on the subject next month once ratings are compiled.