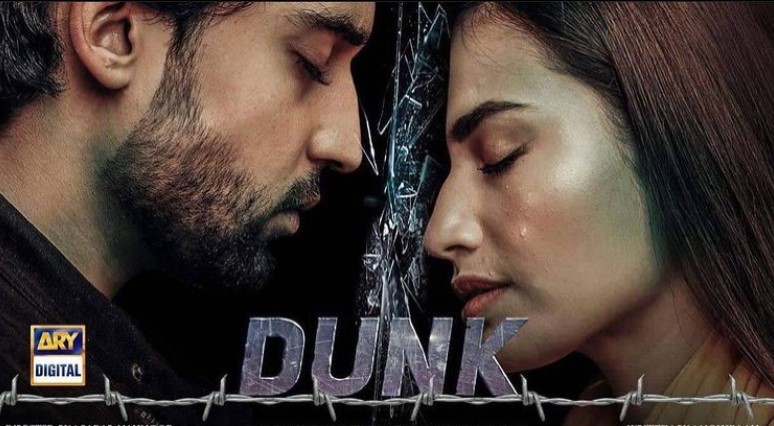 KARACHI: The much-anticipated drama serial Dunk was announced amidst the coronavirus pandemic earlier this year. The intriguing posters, followed by strong teasers, created a lot of hype around the drama. The first episode finally went on air last night and the opening has set the tone high for the upcoming episodes. Featuring Sana Javed, Bilal Abbas and Noman Ijaz in key roles, episode 1 of drama serial Dunk has left viewers with a lot of questions surrounding the concept of sexual harassment.

A university student Amal Faraz (Sana) accuses her professor of sexual harassment. Professor Humayun, effortlessly played by Noman Ijaz, also happens to be the HoD and is the one accused. The drama opens with preps for a protest against him, helmed by Haider, played by Bilal Abbas Khan, who is Amal’s cousin and fiancé besides being her university fellow. Almost all of the students and faculty is against the professor and question him on what he did. They assume him to be guilty and suspend him until the inquiry is in process for the sake of the university’s reputation.

However, it seems, Amal is under an obligation or pressure from her fiancé to do what she is doing. It is Haider who is deciding things for her. Nobody is questioning her but everyone is degrading the professor except for a colleague, essayed by Tara Mehmood. He says at one point that a girl put such an allegation on me for her benefit. He insists on an inquiry so that he is free of the charge on him and gets his respect back. On the other hand, Amal and Haider’s parents are only concerned about their family’s dignity and how speaking up may cause problems for her sister in the future.