'Kyun Nikala' perpetuates sexism, fat shaming and racism as it employs the use of dangerous and archaic comedic tropes 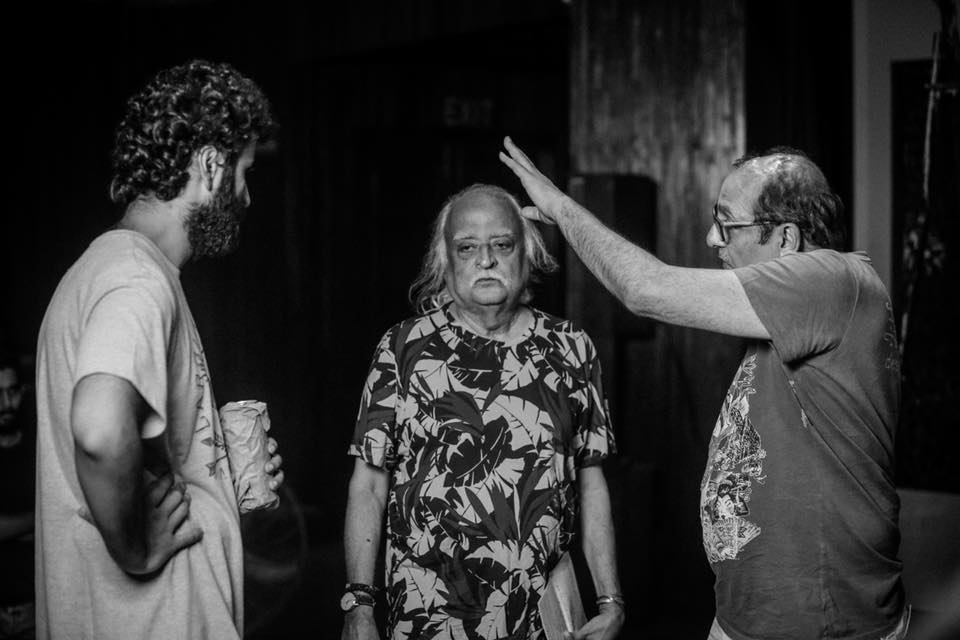 KARACHI: Anwar Maqsood’s new play Kyun Nikala is currently playing at the Arts Council. Directed by Dawar Mahmood and produced by KopyKats Productions, the play explores the comedic nuances of the political unraveling experienced by the country in the months leading up to the elections. Except that it’s not quite as nuanced as one would have hoped – the play perpetuates sexism, fat shaming and racism as it employs the use of dangerous and archaic comedic tropes.

The play is set in Lahore and follows the political dealings of a corrupt and opportunistic PML-N politician, played by Sajid Hassan, who is looking to be ‘bought’ out by a competing political party as his party’s hold over the establishment begins to visibly crumble. The story is told by a Bengali cook who has been working in the household for a few decades, and who makes sarcastic and often funny observations about his employers and their social, political and economic relationships with various individuals.

While the narrative has a few shining moments in which it uses comedy that ‘punches up’: jokes that challenge and mock those with traditional and institutional power; the vast majority of the jokes in the play ‘punch down’: jokes at the expense of those who lack traditional and institutional power and thus the ability to protect themselves, i.e. oppressed communities. The distinction is tricky, but here’s a breakdown: it is okay to make a joke about sexism, but it is not okay to make a sexist joke. Jokes about sexism challenge systems of societal and institutional oppression. Sexist jokes target those who are being oppressed by those very systems. The play consistently makes jokes at the expense of the politician’s two wives – the first wife is portrayed as a ‘tyrant’ because she is strong and opinionated, and the second wife is portrayed to be a ‘greedy upstart’ because she is young and beautiful. The only person they should have been mocking is the sleazy politician both women have the misfortune of being married to.

While the jokes are offensive and in bad taste, the creators haven’t stopped there. The play is also using blackface – they’re using makeup to darken the skin of actors with lighter toned skin, in order to make jokes about their ethnicity and their skin tone. It goes without saying, black skin is not a costume.

It is important to understand why using blackface is offensive. Blackface has historically been used as a form of entertainment that comes from ridiculing and caricaturing African Americans. The practice legitimises and reinforces the idea of dark skin being a subject for ridicule, and those with dark skin being targets of mockery and humiliation because of their appearance. You cannot paint your skin to represent a lived experience you will never understand, for someone else’s amusement. One of the actors with blackface in the play is playing the role of a person of Bengali descent. Why couldn’t a Bengali actor have been hired for the part? Why is the play reducing the lived experiences of Bengalis in Pakistan to dark skin? And why does Anwar Maqsood think it is okay to make jokes about the color of someone’s skin?

While Anwar Maqsood raises important questions about the country’s political regressiveness – we’re left asking important questions about the social regressiveness he’s perpetuating with his writing. He was recently subjected to major backlash due to a video in which he was making ethnically charged and derogatory statements about Sindhis. Kyun Nikala seems to have been written in the same strain. It is offensive, shameful and dangerous. It is time we stop making jokes at the expense of our women and our minorities, and it is time we look beyond the appearances of the people and communities we are surrounded by.

Making jokes about our political systems and processes should not be this difficult. Please leave the systemically oppressed alone.