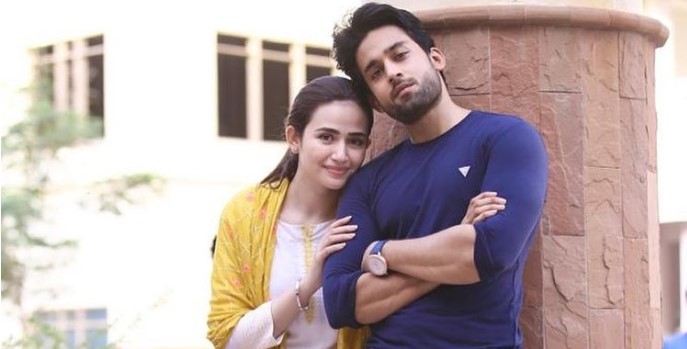 KARACHI: There are multiple upcoming drama serials that we are looking forward to watching on the small screen. One of the much anticipated ones among those is Dunk, scheduled to air on ARY Digital very soon. Starring an ensemble cast including Sana Javed, Bilal Abbas and Noman Ijaz, drama serial Dunk is produced by Fahad Mustafa under Big Bang Entertainment. The character posters featuring the three actors released yesterday, one after the other. Going by that, the drama seems promising, with an important social issue at heart.

The incredibly talented Noman Ijaz stars as Humayun in the upcoming drama. He will be seen opposite Yasra Rizvi who essays an integral role in Dunk. “Dunk is the kind of story that must be told,” she revealed in an earlier interview with Cutacut. “Unfortunately, I’m not at liberty to say a lot at the moment about themes it tackles but they are important. They are prevalent themes and they discover another side of things that are being talked about these days. When it comes to acting, I like to do characters that explore various perspectives. And that’s the beauty of this play.”

Sana Javed and Bilal Abbas Khan, who play lead roles, will share the screen for the first time. Both of them have proven their mettle time and again and have become audience favourites with some of their recent roles.

In addition to Dunk, Sana will be starring in another upcoming drama serial, titled Neeli Zinda Hai opposite Mohib Mirza. Meanwhile, Bilal Abbas Khan is gearing up for his second Zee5 series, tiled Abdullahpur Ka Devdas, opposite Sarah Khan.