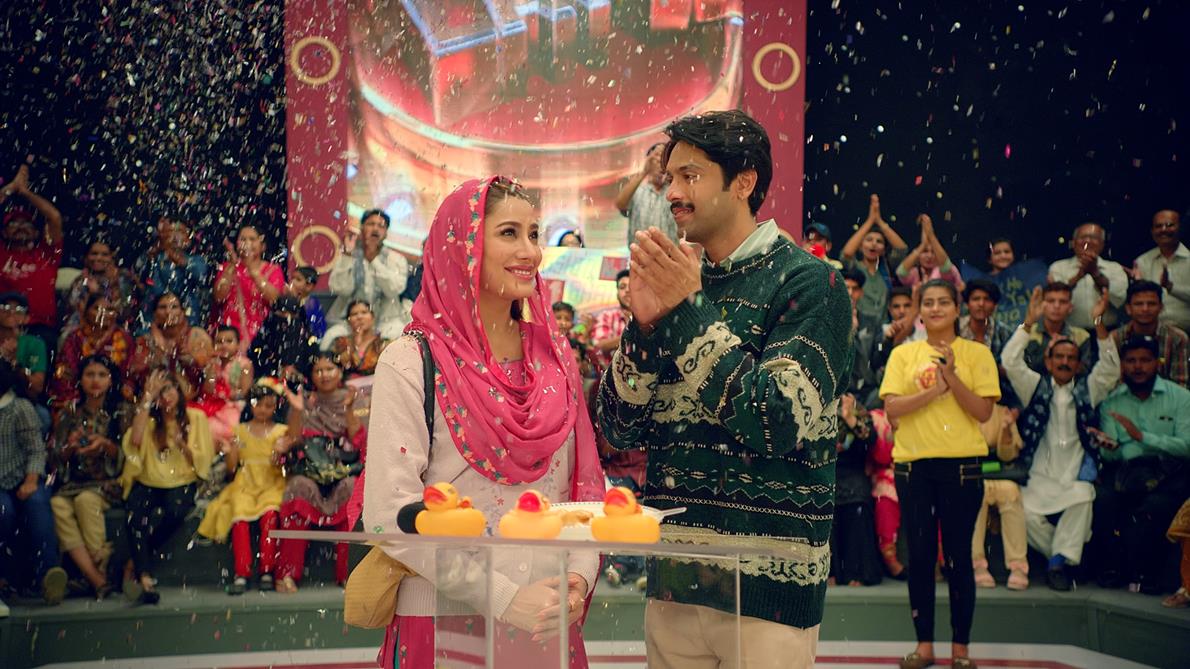 KARACHI: While there are several local films currently playing in theatres, and all of them are elevating the standards of our film industry, it’s the sweet and simple Load Wedding that stole our heart over the Eid weekend and we’ll tell you why.

To begin with, Jawani Phir Nai Aani 2 is pretty entertaining and while we haven’t had the chance to watch Parwaz Hai Junoon yet, we’ve only been hearing good reviews for the latter too. Each Eid release this year offered a different flavour: JPNA2 was high on oomph and glamour while PHJ served a slice of patriotism infused with romance and action. On the other hand, LW is quiet and unassuming in the way it works its charm over you.

Read: We watched Sanju and here’s what we think of the sex worker remark

In rural Punjab, Raja (played by Fahad Mustafa) is smitten over his childhood love, Meerab (played by Mehwish Hayat) but before he can plan his own wedding he has to first arrange for his unmarried, elder sister’s (played by Faiza Hasan) dowry, a task that him and his family are finding hard to accomplish considering the escalating demands of society and the list of ‘things’ that a woman is required to bring with her to her new home is simply an unrealistic target for ordinary people.

It’s a simple and relatable setting. Load Wedding doesn’t promise to offer a life changing experience nor does it claim to have all the answers to the very pertinent questions that get raised in the film. For instance, why is a woman literally sold off for a price when she is getting married? The film brings to everyone’s attention that the practice of dowry is neither a religious obligation nor a legal one, then why is it so rampantly practiced in the country? Literally, marriages are broken off if the girl’s family is unable to financially satisfy the would-be in laws.

Also, unlike other films by Nabeel Qureshi, Load Wedding gives special attention to the women in the film. Mehwish Hayat is brilliant in the way she portrays the silently rebellious and strong Meeru who becomes the driving force of her family.

However, it’s Faiza Hasan’s character that is worth giving special attention to. Faiza plays the iconic Baby Baji, Raja’s elder sister, the lovable yet diabolical antagonist who plays a very complex character. She’s difficult and miserable and can’t watch others around her being happy if her needs aren’t being met but you simply cannot hate her because one can easily see the shackles of society pressing into her, making her behave the way she is behaving. She is constantly fat-shamed, made to feel bad about being unmarried, is simply down on her luck when it comes to anything she aspires to achieve in her life. Her character has a wonderfully well thought out arch that beautifully unfolds towards the end of the film.

Load Wedding also touches upon how women are manipulated to appear helpless on television for the sake of ratings. But we can’t delve too deep in this without giving the story of the film away.

It’s not just thought provoking, Load Wedding is a riot too. Kudos to Nabeel Qureshi and Fizza Ali Meerza for getting it right yet again, and we also understand why they always chooses to work with Fahad Mustafa. The actor has won over our hearts with the way he portrays Raja’s sensitivity. Also, Raja’s character is a start contrast to the toxic masculinity we all get to watch in our films and TV dramas all the time. Can we all see more of such male characters from now on please?