Bollywood actor has a controversial past that included drugs, sex, gangsters and so on. But the film in no way glamourises his life 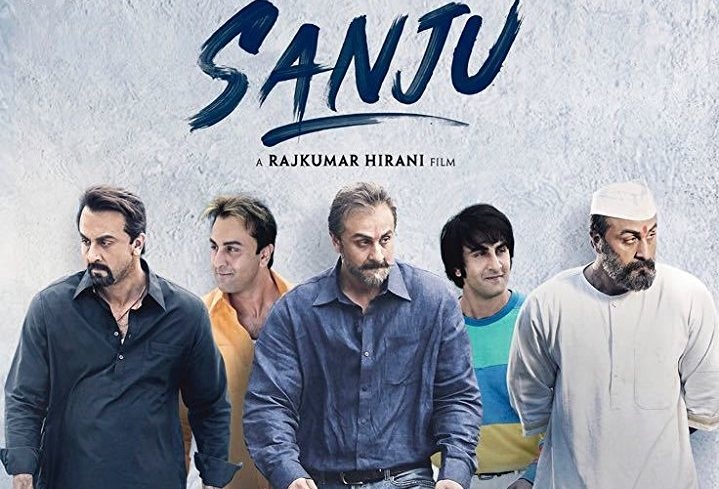 KARACHI: Imagine our disappointment as we awaited Sanju‘s release with bated breath for months only to be met with the news that the film apparently makes derogatory remarks towards women. Merely a few days before the release of the film, the National Commission for Women in India announced that they had received a complaint against the film from a social activist who claimed that Ranbir Kapoor’s character (actor Sanjay Dutt) makes derogatory remarks about sex workers.

A lot has been riding on Rajkumar Hirani’s Sajnu: Not only does this film help Sanjay regain respect in the public eye after facing unproven terrorism charges and a five-year stint in prison in 2013, it would also serve as a comeback for the very talented but misguided actor, Kapoor, who we know acts well but somehow ends up choosing the wrong films for himself. Kapoor’s last couple of films, Jagga Jasoos, Ae Dil Hai Mushkil, Tamasha and Bombay Velvet have all failed either critically or commercially.

Read: Why you should be watching Lust Stories on Netflix

Kapoor perhaps was aware of this as well, which is why he has delivered the performance of a lifetime and has ensured that all awards fly his way next year.

The biopic, based on Sanjay Dutt aka Sanju’s very eventful life, begins with him trying to convince a London-based writer, Winnie Diaz (played by Anushka Sharma), to write an autobiography of his life to help him clear his name of all the terrorism charges against him. He then starts to recount his story, while Diaz conducts an investigation of her own to ensure that Sanjay’s version of events is indeed truthful.

And that’s when it happens, the supposedly derogatory comment towards female sex workers. The scene, which is also in the official trailer of the film, shows Diaz confronting Sanjay regarding how many women he has slept with due to a tip she receives from an old friend of his. “Should I include prostitutes in this or not?” he replies, winning Diaz’s trust.

This comment didn’t go down well with activist Gaurav Gula who reported the dialogues to NCW, claiming that Kapoor “demeans the status of sex workers in society,” as reported by NDTV.

This is the only mention of sex workers in the entire film and the scene is crucial for understanding Sanjay’s character. It is well known that Sanjay Dutt has a controversial past that included drug and alcohol abuse, affairs, prostitutes, developing friendships with gangsters, owning weapons and what not. And the film delves into it very honestly: it shows how Sanjay’s famous father, Sunil Dutt (played by Paresh Rawal), is the reason behind Sanjay’s success; how he manages to help him fight his drug addiction, and how Sanjay is remorseful of his actions and pays the price of his actions. The film in no way glamourises his life.

We would go watch the film for the second time but we can’t stand crying again.