Hamza from Prem Gali stands up for the khwaja sira community

As the neighbourhood decides to kick khwaja sira residents out, Hamza and Haseena take a stand for the marginalized 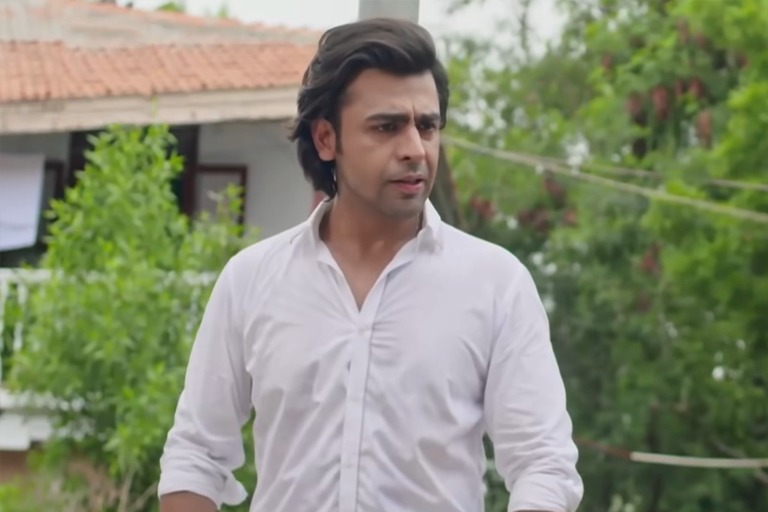 KARACHI: With each episode, Prem Gali continues to prove why it is one of the best drama serials available for our audiences right now. With a unique storyline and powerful dialogues, the show makes a strong point each week. Previously we saw the team challenge popular narratives surrounding widows, marriage and parenthood. Episode 20 of Prem Gali had an agenda as well and addressed a social issue which is more often than not brushed under the carpet in Pakistan.

The neighbourhood, Prem Gali, welcomed three members of the khwaja sira community as tenants of Haseena (played by Farah Shah). The other neighbours, specially the men, are immediately threatened by their presence and want them to leave. It is no secret that the khwaja sira community is marginalized in Pakistan and treated poorly by the masses. Derogatory terms are used to address the individuals who have little to no respect in the society. The residents of Prem Gali, too, hold the same biases and are convinced that the three individuals are going to corrupt their otherwise perfect neighbourhood. Consequently, they all decide to convince Haseena to kick her tenants out until Hamza (played by Farhan Saeed) stands up for the marginalized.

The scene which follows was definitely a risky one, owing to the amount of truth it held. Truth which many of us are not ready to listen to. Hamza builds up the courage to stand up to his elders and tell them that they are wrong. He then addresses the whole neighbourhood to remind them of their own evils, which are overlooked by everyone.

Hamza points out the guy who harasses every girl in the neighbourhood, the milkman who adds water to the milk he sells, the neighbour who steals electricity through a kunda (illegal connection) and the doctor who steals medicines from the hospital he works at. “Yeh teenon yahan nahi reh saktay lekin ap sub yahan reh saktay hain,” (these three cannot live here but the rest of you can) he mocks the neighbours.

Of course, with the discussion of khawaja siras comes up the discussion of masculinity and who a man truly is. Khawaja siras are oppressed because they do not fit traditional definitions or expectations of masculinity. “Ham hijray hain, ham khusray hain, aur tum sub mard ho,” (all of you are men, but we are not) says one tenant referring to the slurs often used to address individuals like him. “Hijra woh hotay hain jo hath pair hotay huay bhi dusron ki kamaiyon pe nazar rakhtay hain” (Hijra is someone who depends on others for income in spite of being fully capable themselves).

The khwaja sira of Prem Gali stand in striking contrast to the other men in the neighbourhood, as they make their own living. They work hard and are not a liability to anyone. However, they are treated as outsiders and a source of threat simply because of their identity. Hamza and Haseena succeed in their mission to make Prem Gali a welcoming and inclusive neighbourhood for all. But are the rest of us ready to accept and coexist with the marginalized outside of our TV screens?