Playing the role of Joya's mother, Saba Hamid as Shireen advises her daughter not to rush into motherhood and burden a child with the responsibility of fixing a broken family 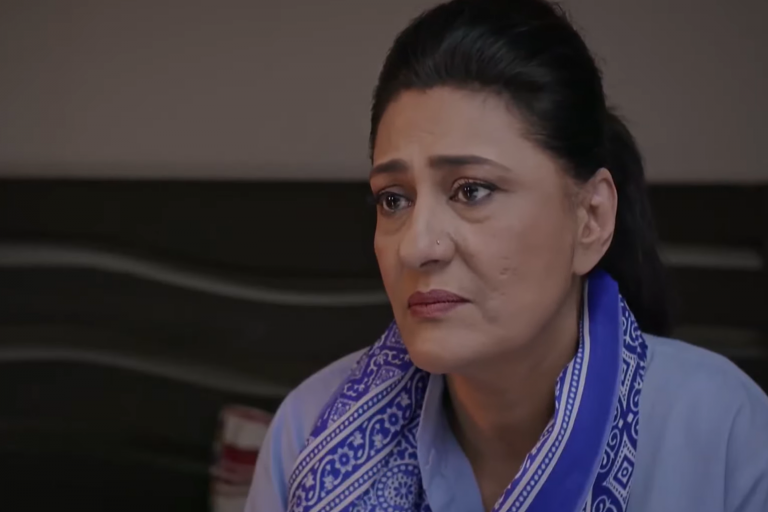 KARACHI: From its very first episode, Prem Gali promised to be an unconventional drama as it introduced divorced women and widowers in lead roles. The first few episodes of the drama revolved around Hamza (Farhan Saeed) and Joya’s (Sohai Ali Abro) budding romance. As the story progressed, the two were able to convince their families to have them married. However, each family has their own superstitions which they believe in. Given their history, Joya’s family believes that their women are jinxed when it comes to marriage and hence, each woman who got married was eventually divorced. Hamza’s father and grandfather, on the other hand, are worried about Joya’s life for all the other men in the family are widowed and it might be Hamza’s turn now.

Joya’s aunt, Musarrat, is specially skeptical about her future with Hamza. In the latest episode of Prem Gali, Joya’s aunt tells her to become a mother as soon as possible before Hamza decides to leave her. She advises her to have a child who can become her purpose of life, her companion when she is left alone. Relating her own story to Joya’s, Musarrat cries over not having a child of her own and having no family after her husband divorced her.

Shireen (Saba Hamid), however, has a very different opinion. Playing the role of Joya’s mother, Shireen advises her daughter quite the opposite. In a society which echoes Musarrat’s opinions and strongly believes that ‘having a kid can fix a marriage’, Shireen tells Joya not to have a child until she is completely ready.

“Maa bannay main jaldi matt karna,” (don’t rush into becoming a mother) Shireen advises her daughter. While many desi families believe that a marriage can ‘change’ a damaged person or a child can ‘fix’ a broken marriage, Shireen talks about the importance of giving relationships the time and space to grow. “Rishton ko waqt dena chahiye, intezar karna chahiye keh woh panap jayen. Kachay rishton per naye rishton ka bojh nahi daalna chahiye. Yeh uss nanni si jaan pe zulm hoga” (relationships should be given time, one should wait for them to flourish. Otherwise its cruelty on the child). Shireen also acknowledges the negative impact that her and her husband’s decisions have had on Joya, who had to bear the consequences of having divorced and unhappy parents.

In our part of the world, marriage is automatically equated to parenthood. A family is only ‘complete’ when a child enters it, and a woman has to become a mother in order to be whole and have a purpose in life. What many fail to acknowledge is that parenthood is a choice, much like marriage. So many of us have a deadline in mind when it comes to aspects of life like marriage, children, grandchildren. Our society rarely lets people get to know themselves and each other before bringing another life into this world. So many expectations are attached to a child who is yet to enter the world.

Hence, Shireen’s words came across as a breath of fresh air and her wisdom should be applauded. Faiza Iftikhar specially deserves to be praised for having the courage to put together a script which does not follow the popular narrative. For reasons like these, Prem Gali is one of the most appreciated dramas of November 2020, and if it follows the same path, has the potential of being one of the best projects that ARY Digital has recently produced.