The play opens on a promising note, with Sohai Ali Abro and Farhan Saeed reviving old school romance on the small screen 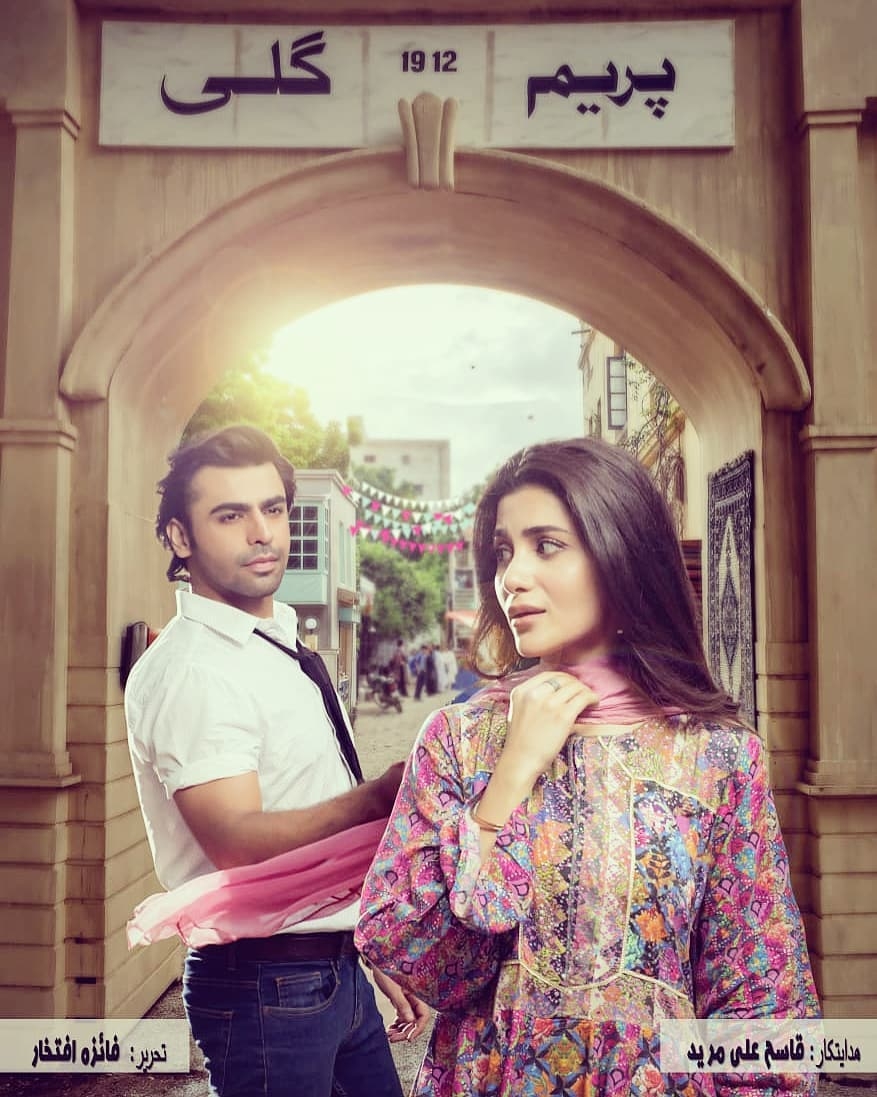 KARACHI: The first episode of much-awaited play Prem Gali finally went on air last night. Featuring an ensemble cast that comprises incredibly talented actors, the play’s episode packs quite a punch. It introduces almost all of the major characters who are set to spice up the narrative ahead. Prem Gali revolves around a bunch of divorced women and single men, which is a rare concept one finds on the small screen. Or even in our society, in general. Besides, the Qasim Ali Mureed directorial brings back old school romance with a budding love story at the heart of it.

As the title suggests, the story is set against the backdrop of a mohalla called ‘Prem Gali’. The people residing there are like one big family. The story follows the life of two households; one is an all-women home and the other is an all-men clan. The women include a divorced grandmother, Rahat (Shamim Hilaly) and her two divorced daughters, Shireen (Saba Hamid) and Musarrat (Uzma Hassan). Shireen is headstrong and tough. She is anti-men and does not spare any guy she spots around her daughter, Joya (Sohai Ali Abro). Musarrat is mostly crying on split milk while you will see Rahat either on the prayer mat or watching dramas. Joya, the character that Sohai Ali Abro plays effortlessly, misses out on a lot of fun or anyone showing their interest in her due to her strict mother.

In the first episode of Prem Gali, the men rent a house in the vicinity. Their family includes grandfather Khan e Azam (Qavi Khan), his sons Hatim (Waseem Abbas) and Luqman (Abdullah Farhatullah). Hatim is very particular about his choices while Luqman is a sad soul who has almost given up on finding a partner. Farhan Saeed essays the role of Hamza, Hatim’s son who wants to get married.

Amidst the hustle and bustle of ‘Prem Gali’, the first episode also features a budding love story between Joya and Hamza. Joya is friends with Hamza’s landlord’s daughter Fari (Anoushay Abbasi), who is a beautician. Hamza and Joya offer some old school romance and the two look great onscreen together. Whether they find solace in each other, we will know in the coming episodes.

With ace writer Faiza Iftikhar behind the script of Prem Gali, the refreshing first episode did not come as a surprise. It gave off similar vibes as Aangan (ARY) as director Qasim Ali Mureed had promised. We are eager to watch the next episodes that has some twists to offer.