Yumna Zaidi, master of all trades 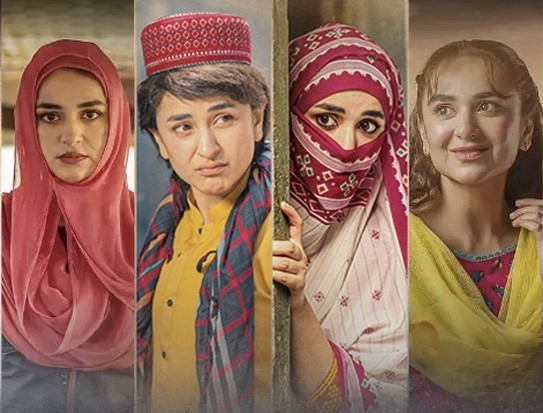 KARACHI: Pakistani drama industry is one of the most popular means of entertainment in the country. And if we were to list down some of the most popular and most talented actors from the drama industry, Yumna Zaidi’s name would definitely make it to the list. Her social media presence might be a little less than her co-stars, and she might not be the most glamorous celebrity to follow, but the sheer talent that the woman has is enough to garner all the praises that she deserves. On the occasion of her birthday, let us relive some of the most influential characters that Yumna Zaidi has played and impactful storylines that she has been a part of.

Having won two trophies at the Lux Style Awards last year, Yumna Zaidi once again showed her range as an actor in Dil Na Umeed Toh Nahi. Yet again, with a sensitive topic at hand, the drama garnered immense acclaim not just for the narrative but due to some commendable performances including that of Zaidi. The incredibly talented actor brilliantly portrayed how a young woman with so many trials ahead of her makes her way out. She was utterly convincing as Allah Rakhi throughout the drama, as her character evolved and crossed paths with multiple individuals who looked at her in different dynamics.

Zaidi’s role in the popular drama serial Sinf-e-Ahan was no less of an inspiration. Shaista came from a conservative family in Peshawar. She is super intelligent but girls from her community are married off before they can even think of making a career for themselves. Going into the army is unimaginable altogether. However, Shaista breaks all barriers as she goes after her dreams. She also eventually wins over her father and grandmother, two people who opposed her admission the most. At the training, Shaista continues to be a source of positivity, humour and perseverance for her fellow Lieutenant Colonels and audiences alike. Not only was her character a source of most jokes in the drama, Zaidi also did a convincing job with her accent, yet again proving how she is capable of fitting into any character.

From high praises from Bollywood actors to Indian designers using the OST as part of their campaigns, Parizaad was perhaps one of the most popular dramas of 2021. While Ahmed Ali Akbar outdid himself as the lead actor, Yumna Zaidi as Annie was equally lovable. A young and visually impaired girl, Annie was full of life and positivity. Her on-screen chemistry with Akbar along with the often poetic conversations that the two shared in the drama won many fans over who held their breaths till the very end to witness a happy ending to their love story.

Ishq-e-Laa might not have been one of our favourite dramas but one thing we did appreciate about it was how it portrayed strong women be it through Shanaya (Sajal Aly), Kanwal (Uzma Hassan) or Azka (Yumna Zaidi). Not only did the drama touch upon workplace harassment and the power dynamic behind it, it also showed Azka standing up against her employer and for what is right. Azka’s brother even quits his job after the harassment incident and refuses to bow down in front of their employers simply because the latter is financially and socially stronger than them. Even when Azka becomes a target of street harassment in a later episode, she beats up the men instead of being quiet and scared. These are the characteristics we should be instilling in all of our girls, regardless of their social status.

Zaidi’s latest project, Bakhtawar has been gathering massive praises as well. In the new drama, Yumna Zaidi plays the role of Bakhtawar, a village girl with big dreams. With an absent and alcoholic father, Bakhtawar’s elder sister is forcefully married off and never returns home while her younger brother is a disabled individual who passes away at the end of the first episode. This leaves Bakhtawar and her mother (played by Huma Nawab) at the mercy of their uncle (Adnan Shah Tipu) who supports them financially but not without purpose. Bakhtawar is portrayed as an ambitious girl who knows how to stand up for herself. While the people around her might try to make her feel less worthy because of her gender, Bakhtawar knows how to shut them up. She is also very much in touch with reality and quickly adapts to her circumstances to cope with them to the best of her abilities.

But what we cannot wait for is to see Bakhtawar’s transformation in the drama as she disguises as a man to survive in the city. Donning different appearances, Bakhtawar has us waiting for the rest of her journey.