In conversation with Junaid Khan: The man of many talents 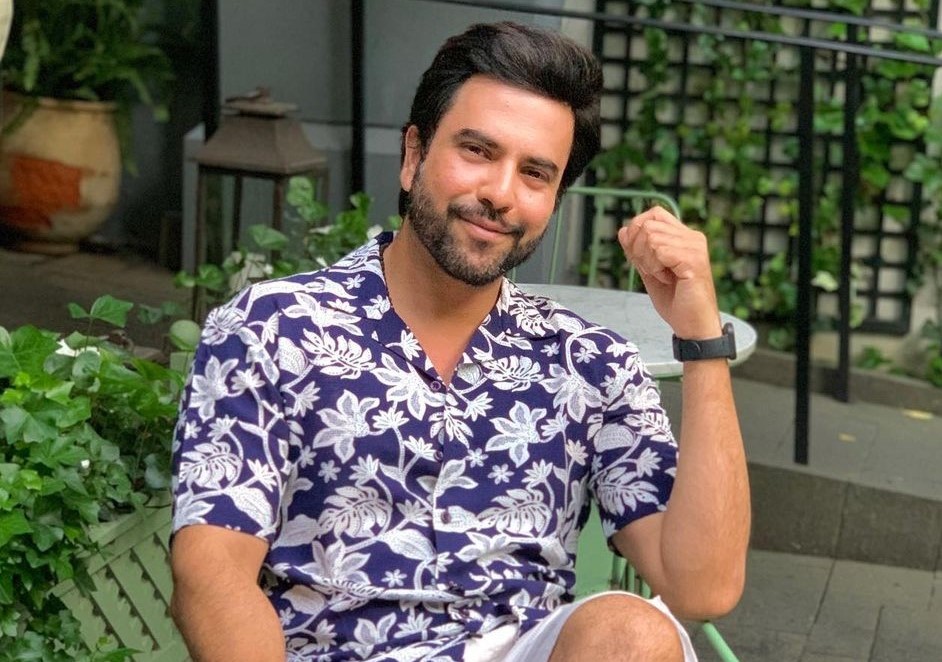 KARACHI: We love to see our artists diversify their crafts. We’ve seen singers turn into actors for the small screen while actors ventured into filmmaking. Only recently, director and actor Usman Mukhtar introduced his production house, Eastern Terrestrial Studios, co-owned by Meiraj Haq. Actor and singer Junaid Khan does not seem to be too far behind in venturing into production as well. Just last week, he launched his own production house by the name of Jeem Films. It was only fair that Cutacut spoke to Khan to get an insider scoop into everything that he has in the pipeline.

Of course when one thinks of Junaid Khan as an actor, his last drama is bound to cross one’s mind. Hum Tum may have been a Ramadan special but safe to say, it managed to stay with audiences because of its characterization, casting and relatability. Khan’s character, Sarmad, specially became the man we were all rooting for. He broke stereotypes, showed us that good men exist and nailed what a romantic yet goofy partner looks like. Naturally, one would think that Junaid Khan has set the benchmark high for himself as an actor by playing Sarmad. But the actor begs to differ, “Sarmad’s character was just like the other characters that I have done. At that particular point what appeals me the most in a character and what my heart wants me to do, I do just that. Sarmad was a character that at that time I felt I must play. As I hadn’t done comedy on TV yet. Yes, in my film I had but not on TV.”

There were also other factors that made his say yes to Hum Tum and made his time on set particularly enjoyable, “Ramzan projects in itself is a big genre in Pakistan and Danish Nawaz being the director and Saima Akram Chaudhary being the writer I couldn’t say no to that project. And when you start having fun on set, everything comes naturally and the audiences relate well to it. So Hum Tum was an entire team effort and everything was in place for that drama to be a massive hit and I am glad I was a part of it.”

The question then arises, is Sarmad’s legacy one that is hard to match, and perhaps might make the actor more picky with the roles he accepts from now on. “Well, I have always been accepting characters as per my own moods,” revealed Khan. “At that particular moment in time if I understand something and if I really like it, I do it. I did Hania when I felt I had done a lot of positive characters side by side. Hence, I decided to do Hania to test my self in that genre. Again, to do something entirely different to what I had been doing. Hence, Hania came about. And Hum Tum I did because I had not done comedy on TV before. So it all depends on what appeals to me at a particular point in time. So to say that I will become picky after Hum Tum. No. My criteria won’t change. It will always depend on my mood and what I want to do in that particular moment.”

The conversation would have been incomplete without finding out more details about Jeem Films. Speaking of venturing into production, Junaid Khan reflected on the importance of storytelling. “I have been in the field for the past 20 years. As a singer, I was creating music. All my ideas and thoughts I used to pen them down and put them out to the world as a singer. Then I became an actor and explored different characters, different dimensions and tried to emote those. But now that I have been on both sides, I want to narrate stories too.” For the producer, the passion for storytelling can be facilitated by putting a team together and creating stories that he might not have been able to tell as a singer or actor.

Jeem Films may only have recently launched but the production house already has a couple of songs under its banner. “In terms of Jeem all the things that I will create, all my ideas will be in the form of songs like I did in 'Taqdeer' which I produced from scratch and then ‘Chaska’ and now the next song. I will be starting off this journey with my songs as they are also a story on the whole and then other avenues will be explored too. Short films, dramas and feature films all in due time.”

While Jeem may be starting off with producing songs, Khan definitely plans on expanding its horizons and delving into less common genres with the projects that he produces. “With the new digital age, a lot of genres have not been explored yet or people haven’t put their hands into them because popular demand is entertained more as that is easily sold. But due to the digital age, a lot of avenues will now open and I want to explore those avenues. Especially action, mystery, thriller comedy and documentaries of course. So yes, these are the genres I want to explore and these are the stories I want to tell.”

Fans who love to see Junaid Khan in front of the camera need not worry for the artists promises “I won’t just be working behind the camera. I will continue to explore my self as a musician and I will keep on making songs, releasing music and of course more acting projects as there is no end to a creative outlet. It’s not that I have achieved everything in that field, so lots more to do as an actor.”

Does that mean acting on the big screen again is also on the table for Junaid Khan? “The cinema industry is still trying to stabilize itself, but thanks to the current government for making a lot of things tax free, film producers will now get benefits and more films will be made ultimately resulting in more work opportunities for us actors. Lately, very few are being made and in the recent times, the films that have been released, were not able to do much due to the cinema dynamics that are not feasible for the producers. Maybe the new changes will allow more films to be made. Of course I will do films because for an actor, the big screen is always more appealing and we always wait for an opportunity to work on the big screen.”

Here is us looking forward to all that Junaid Khan has in store for his fans as a musician, actor and producer!