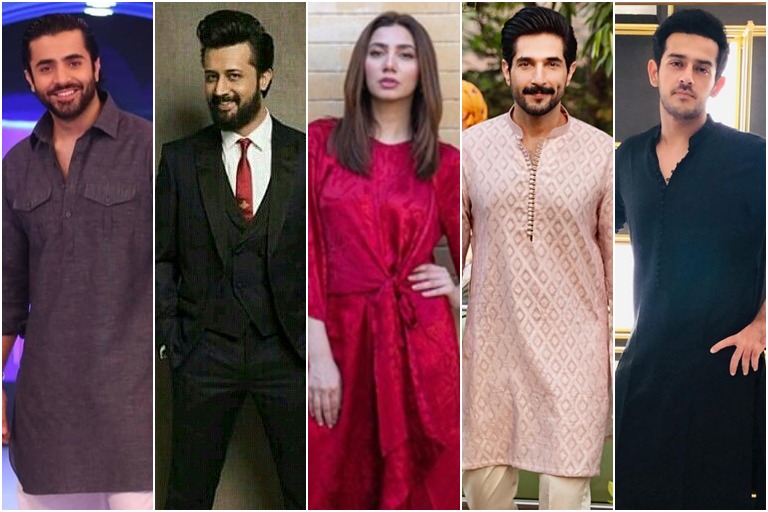 KARACHI: We recently listed down Pakistani celebrities who turned entrepreneurs. While some artists may have decided to broaden their horizons by starting their own businesses, a few others tested new waters in other ways. These artists stepped out of their specialized fields and are in the process of experimenting with new mediums of entertainment. Some singers turned actors, while actors ventured into filmmaking. Trying new forums and experimenting is a risk on its own and combined with the uncertainty during the pandemic, it is essential to recognise the efforts of artists who try so hard to keep us entertained.

This man is always the talk of the town. The fan following that he has goes unmatched. Atif Aslam has been making quite a lot of new music with the latest track being ‘Ajnabi’ featuring Mahira Khan. To the delight of his fans, however, Atif Aslam has finally decided to make his television debut with drama serial Sang-e-Maa. The last time Aslam acted was ten years ago in the movie, Bol, another project in which he starred alongside Mahira Khan.

The queen of our entertainment industry, Mahira Khan recently made her television comeback with Hum Kahan Ke Sachay Thay. The actor is also set to feature in a telefilm, Aik Hai Nigar. Earlier this year, Khan announced that she has ventured into production. As its first project, Soulfry Films has produced a web series titled Barwaan Khiladi. While teasers were released early this year, more details about the series are yet to be announced.

This actor had fans excited through and through with his return to the small screen. Not only did Pehli Si Muhabbat turn out to be a brilliant drama (which recently got dragged), Sheheryar Munawar delivered a brilliant performance. In order to prove that he is more than just an actor, Munawar recently marked his directorial debut with a short film Prince Charming that addresses post-marriage depression. And we must say, he did a great job with it.

Another singer turned actor, Khan is set to star in Ishq-e-Laa. Given that the project is his acting debut, it will be interesting to see if the music producer is able to impress audiences with his acting. With powerhouses Sajal Aly and Yumna Zaidi serving as female leads, the standard is definitely high.

The most recent actor to announce his own production company is Bilal Ashraf. Director Muhammad Ehteshamuddin seems to be his co-captain for the production house titled Behive Transmedia. Ashraf is also set to make his television debut with Aik Hai Nigar, allowing him to share the screen with his Superstar lead, Mahira Khan once again.