Teaser for Mahira Khan-starrer Aik Hai Nigar is out 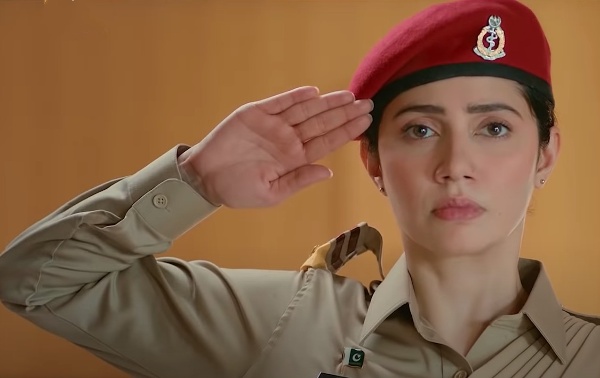 KARACHI: Mahira Khan is no stranger to the world of films. After featuring in blockbusters like Bol, Ho Mann Jahaan and Bin Roye, the superstar recently won hearts with her performance in Sheheryar Munawar’s short film, Prince Charming. Recently having returned to the world of television with drama serial Hum Kahan Keh Sachay Thay, Mahira Khan is now set to star in a telefilm, Aik Hai Nigar. Based on a true story, the film traces the life and career of Lieutenant General Nigar Johar.

While audiences were only teased with a glimpse of Mahira Khan as Nigar Johar earlier, the telefilm has now released its first official teaser. The teaser only features Khan for now but Bilal Ashraf is also said to be a part of the film, making his television debut with the upcoming project. Ashraf’s debut was earlier speculated to be with Sana Javed for a drama. However, the project turned out to be a fashion campaign featuring the two actors.

Going by his latest Instagram post, Bilal Ashraf will be playing the role of Johar in Aik Hai Nigar. The project will also be the second time the actor pairs up with Mahira Khan for a film, with Superstar being the first one.

No release date has been announced for the telefilm yet but it is expected to release on ARY Digital soon. The film has been written by Umera Ahmed and directed by Adnan Sarwar. Mahira Khan has also co-produced the telefilm along with Nina Kashif, with whom the former has joined hands for Baarwan Khiladi as well.