With a smart choice of actors, just the right amount of mystery, and a sensitive topic at hand, Prince Charming is Munawar's experiment gone right 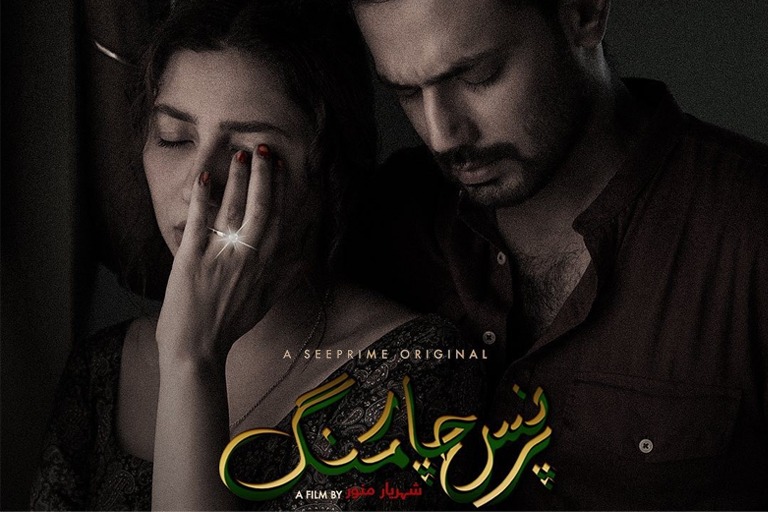 KARACHI: Television enthusiasts were excited to welcome two of their favourite actors, Sheheryar Munawar and Mahira Khan, back on the small screen this year with their respective dramas. The two, however, had another surprise in store for their fans as they revealed another project that they had been working on. What was even a bigger news was the fact that Munawar was going to stay behind the camera as he made his directorial debut with the project which is a short film. Starring Mahira Khan and Zahid Ahmed, the film titled Prince Charming wrapped up shooting a couple of weeks ago and premiered on See Prime’s Youtube channel on 6th August.

The film narrates the story of Sheherzade (Mahira Khan) who is clearly caught between a boring marriage and an exciting love affair. Her day starts off the way it does for so many women who are wives before they are humans. She lies awake in bed before her alarm goes off, quickly gets into the shower before rushing to the kitchen to make breakfast for her husband and daughter. The highlight of her day, however, is when she hears her lover in the next room. Taking off her wedding ring, Sheherzade sneakily meets him behind closed doors. That is when the element of mystery truly begins.

For a moment, Munawar tricks us into believing that Sheherzade is having an extramarital affair until we realise that the man in her bed and the man she meets in hiding are the same person. Zahid Ahmed plays Akbar, Sheherzade’s husband, but two very different versions of him exist in the movie.

It is Sheherzade’s daughter, Wafa, who breaks the news to her audience. Sheherzade is “sick in the head.” Suffering from post-marital depression, Sheherzade wishes to be loved by her Prince Charming (Akbar) the way she once was, perhaps before they got married. A few years into their marriage and a kid later, Akbar is too busy with work to spend quality time with his wife. In the morning routine that the couple follows in the film, one of the very few times that Akbar speaks to Sheherzade is to remind her to go to her appointment, probably to a therapist.

The storyline is simple and relatable. There are very few dialogues, half of which are poetic and a tribute to Ahmed Faraz as mentioned in the closing credits. But the true magic lies in the direction. From the opening sequence where the sound of the water dripping from the tap and the birds chirping in the background perfectly transitions into the quietness of a bedroom where the only sound made is that of a fan spinning at an annoyingly slow speed, Munawar’s eye catches every detail. The breakfast scene where the chaos in Sheherzade’s head is symbolized by Akbar quickly typing away on his laptop while the clock ticks and a thousand thoughts go through the protagonist’s head stands out from the rest of the film. The fast paced scene breaks away from the otherwise eerie feel in the film and truly allows audiences to empathize with Sheherzade and what she might be experiencing in her mind each day.

It is also clear why Sheheryar Munawar chose Mahira Khan and Zahid Ahmed as leads for his directorial debut. The two actors present a beautiful contrast in the relationships that Sheherzade shares with each version of Akbar. The sexual tension between Sheherzade and Akbar is obvious each time the two are alone in a room, while Akbar returns to an almost robotic state in reality. Soft music plays in the background every time Sheherzade’s hallucination comes into the scene while a clock ticks in urgency as the real life Akbar ruins the picture. Zahid Ahmed does a commendable job with the portrayal of both versions of Akbar, while Mahira Khan stuns with her expressions and swift changes in body language.

An important takeaway from the film is its acknowledgement of post-marital depression along with therapy. Even Akbar is supportive of his wife seeking treatment but it is important to remember that love and attention play an important role as well. Along with professional treatment, individuals like Sheherzade need proper care at home for sometimes all they need to know is that they are not alone.