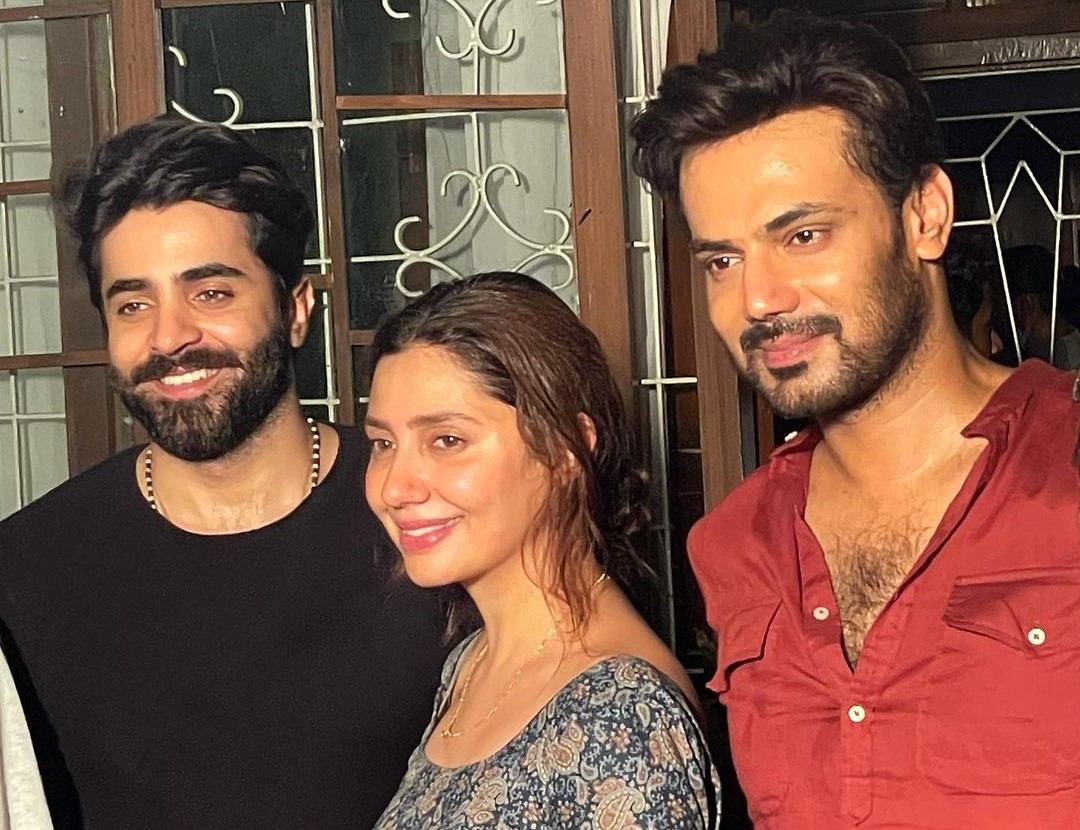 KARACHI: After starring in films like Parey Hut Love, Project Ghaazi and Ho Mann Jahan, Sheheryar Munawar is ready to make his directorial debut with a short film. The short has been created for Seeprime and features Mahira Khan and Zahid Ahmed in lead roles. The former recently took to his Instagram to announce that shooting for the film has completed.

Sharing a picture with director Sheheryar Munawar and co-star Mahira Khan, Ahmed wrote, “Sweaty and exhausted after completing our short film which carries a powerful message. Huge shoutout to Sherry who has superbly directed this and such a pleasure to find that the biggest superstar we have – Mahira, is also an extremely humble and positive person to work with.”

The short film is the first time that Zahid Ahmed and Mahira Khan will be sharing the screen. Khan and Sheheryar Munawar, however, have paired up for multiple films previously including Parey Hut Love, Ho Mann Jahan and 7 Din Muhabbat In. While the two will not be acting alongside each other for the Seeprime original, Khan and Munawar both have returned to the small screen as actors.

The short film does not have a release date yet but safe to say, it is being anticipated by many.