Teasers for Hum Kahan Ke Sachay Thay are out

The teasers give an insight to both Mahira Khan and Kubra Khan's characters. 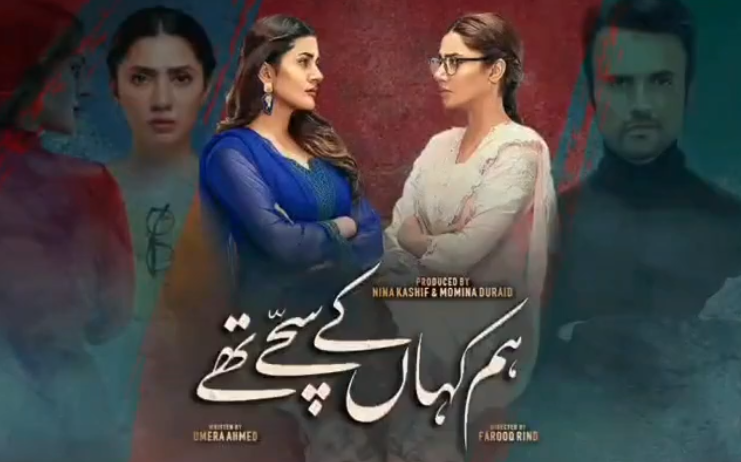 KARACHI: Fans were over the moon when they heard Mahira Khan would be returning to the small screen after 6 years. Even more exciting was the fact that her return would see her starring in a Momina Duraid production Hum Kahan Ke Sachay Thay, a drama serial with a star studded cast including Kubra Khan, Zainab Qayoom and Usman Mukhtar. Although there is still a bit of wait before the drama itself is revealed, teaser trailers for the highly anticipated drama was released and gave us a bit of insight on what to expect.

The first trailer introduces us to Mehreen, the protagonist of the Hum Kahan Ke Sachay Thay drama. Played by Mahira Khan, Mehreen seems to be a tragic hero of sorts. From her own narration she has been living in torment as a consequence of her parent’s actions years ago. And in trying to correct the wrong, she eventually ended up hurting herself. We see some interesting scenes in the trailer which includes Mahira Khan being arrested and being taken away in handcuffs and what seems to be a flashback with a very violent girl pushing another girl off the stairs.

The second teaser is an introduction to Usman Mukhtar’s character. His teaser clip doesn’t offer a lot of insight other than the fact that his character is somehow linked to Mehreen and he doesn’t seem too happy with it. The teaser also hints that he’s caught in between Mahira Khan and Kubra Khan’s characters.

Which brings us to the third teaser clip starring Kubra Khan. Kubra Khan’s character, Mashal, is assumingly the antagonist and the complete opposite of Mehreen. More vivacious and doesn’t seem to be carrying the weight of the world on her shoulders. However, there is definitely something sinister about the character.

From what we can gather, Hum Kahan Ke Sachay Thay is going to be a drama that offers us a break from the recurring themes that are currently on air. It promises mystery, suspense and two strong women butting heads and we can’t wait!