With each episode, the drama proves how it is more than a romantic love story 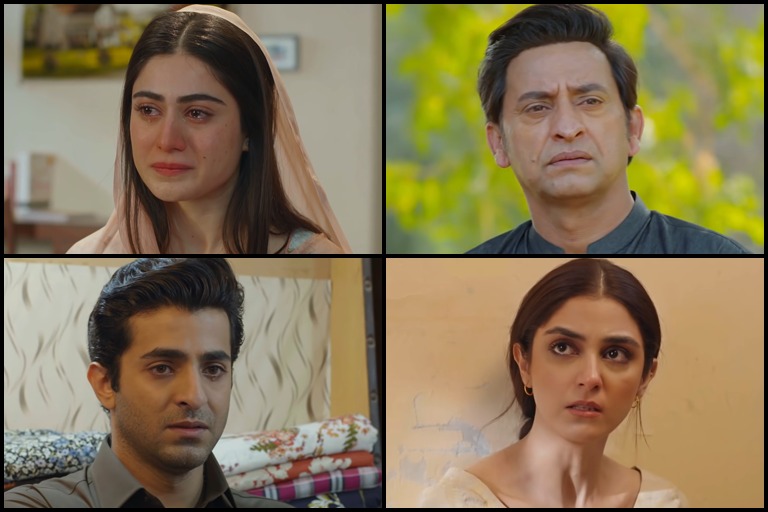 KARACHI: Drama serial Pehli Si Muhabbat hinted towards a love story just from its title. As the serial began, viewers witnessed a budding romance between Rakshi (Maya Ali) and Aslam (Sheheryar Munawar). However, 20 weeks into the drama, the plot has so much more to offer than one could have expected. While the first few episodes focused on Rakshi and Aslam and their love story, recent episodes have paved the way for other characters to come forward with their pasts. The script then presents a perfect balance between the past and the present, and how the two can almost never be separated. Pehli Si Muhabbat teaches its viewers about love, and not just romantic love. Watching the drama is a treat, but it is also an opportunity to reflect on what love means to different people and how they deal with grief.

Perhaps the most mind boggling and intense plot twists are facilitated by Sikandar’s character. While Saleem Mairaj has done an astounding job with his role, Sikandar’s intentions could not have been predicted by anyone. Set to marry Rakshi, Sikandar clearly wants to seek revenge from Zainab (Aslam’s sister) and her family. However, the extent to which he is willing to go in order to make Aslam feel the same pain that he once did (when Zainab got married to another man despite being in love with Sikandar), leaves no room for sympathy for Sikandar’s character. He becomes the perfect representation of love that seeks revenge, and in the worst way possible. Sikandar goes to the extent of having Rakshi and her family move into the house which is right in front of Zainab’s. When he has to take Rakshi shopping, he purposely stops by Akram’s shop so that Aslam can witness Rakshi preparing for her wedding with another man.

The latter was also one of the most gut wrenching scenes of the drama as viewers witnessed the helplessness and mere torture that Rakshi and Aslam are being put through. Faiza Iftikhar deserves to be commended for putting together a script as powerful while Sheheryar Munawar continues to deliver his best.

Bushra (Hina Afridi) did not contribute much towards the story when Pehli Si Muhabbat began, but as the drama progresses, her character offers a new dimension to love and grief. Aslam’s cousin and former fiance, Bushra is a rather passive character in the story but that does not mean that she lacks depth. In fact, she symbolises love that lets go and makes space for the other person to be themselves. Bushra is clearly in love with Aslam but she acknowledges the fact that her feelings are not reciprocated. Aware of Aslam’s love for Rakshi, Bushra loves Aslam from a distance. Unlike Sikandar, Bushra’s love is unconditional and pure.

HSY as Akram and Uzma Hassan as Zainab play the roles of Aslam’s siblings in the drama. While Akram initially comes off as the strict elder brother, one who has little to no room for emotions, his character grows into one who is protective of his younger brother. Akram and Aslam might not always agree, but the former really does have his family’s best interest at heart. Though he is aggressive and gets angry easily, Akram also breaks down when he feels that he failed to protect his younger brother. When Sikandar brings Rakshi to his shop, Akram stands as a rock for his brother. The scene that follows brings a new dimension to the relationship between the two brothers as Aslam cries on Akram’s shoulder, with the latter ready to handle Sikandar on his own. Zainab, too, tries her best to help Aslam and Rakshi out, even when her own heart is broken. She builds up the courage to meet Sikandar in person after years, knowing that she might be putting her marriage at risk, just so that she can convince him to not marry Rakshi. Zainab’s emotional capacity to save Rakshi from the emotional turmoil that she has been put through is also commendable.

Love that struggles to forget

Zainab (Uzma Hassan) might have history with Sikandar (Saleem Mairaj), but she promises to have buried his memories away. The only reason she thinks of him or meets him now is so that she can save Rakshi. Zainab’s husband Murad (Paras Masroor), on the other hand, struggles to get over her past. Aware of the fact that he is not her first love, Murad finds it impossible to move on or receive love from Zainab the way he expects. Zainab’s reserved nature and lack of reaction on whatever he does frustrates Murad. He believes the only reason Zainab remains aloof is the fact that she is in love with Sikandar. Murad does everything to get a reaction out of Zainab, he hits her, taunts her, confesses his love to her. But in Murad we see a man who remains insecure because of his wife’s past and constantly feels like his love is not enough.

Director Anjum Shahzad and writer Faiza Iftikhar have teamed up perfectly to put together a drama which keeps its audiences hooked and emotionally invested. Its characters continue to break stereotypes while actors like Sheheryar Munawar and HSY bring their A-game to the screen each week. For reasons like these, Pehli Si Muhabbat might be the best that local television has to offer at the moment.